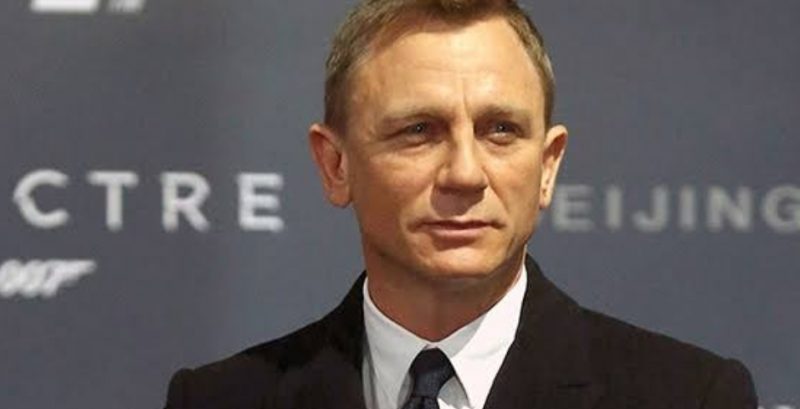 Daniel Craig has received a confirmation that he won’t be playing James Bond anymore after his last role in “No Time To Die.” Craig is 51 years old and currently stars in “Knives out.” The actor was spotted at “The late show with Stephen Colbert,” where he was questioned if he plans to play Bond in any upcoming project.

The host then found to crack a joke saying.,
“You’re done with Bond?! Wow. Is that why you’ve gained all the weight ?”.

Fans weren’t surprised by this because they have heard it even in the past and knew it was coming. In 2015, the actor had mentioned that he would cut his wrists rather than doing a Bond movie again.

The actor starred in movies like ” Casino Royale,” ” Quantum of Solace,” “Skyfall,” and ” Spectre,” after which rumors were spreading that the actor might get replaced. Rumors were also there that actress Lashana Lynch might even play the role of the MI6 agent.

She tells that it disheartens her and makes a statement, ” It makes Mr feel quiet sad for some people because their opinions, they are not even from a mean place – they arr actually from a sad place. ” She added, “It’s not about me. People are reacting to an idea, which has nothing to do with my life”. All these statements depict her frustrations because of all the comments made on her.

Some fans are going to take it as a shock that Britain’s favorite spy won’t return with the face of Craig.