The upcoming episode of Watchmen Season 1 Episode 8 is titled, ‘A God Walks into a Bar’. The plot deals with the revelation of Angela’s mysterious past in Vietnam. It’s created by showrunner Damon Lindelof.

Here are a few essential details about Watchmen Season 1 Episode 8:

Fair warning: spoilers ahead. The previous episode of Watchmen, (Season 1 Episode 7) shocked us with the revelation. It was finally made clear in ‘An Almost Religious Awe’ that Cal Abar was actually Doctor Manhattan hiding in human form. So it’s pretty obvious that in Episode 8 we will see how Doctor Manhattan and Angela first met. Hence it’s fairly simple to deduce that ‘A God Walks into a Bar’ is going to be about the two. You can hear Doctor Manhattan go, “I just told you that you can’t save me, and you’re going to try to anyway,”. 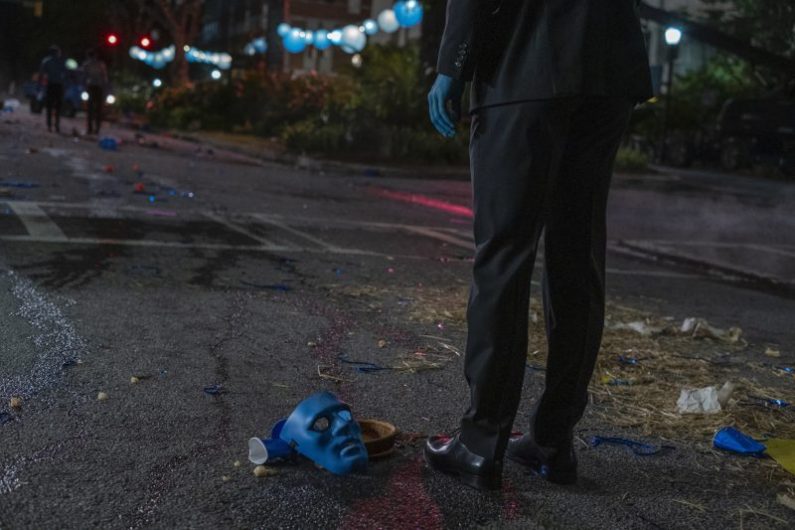 Doctor Manhattan is about to reach down for the blue mask in tonight’s episode.

The episode can be streamed on hbo.com . The episode is also available on-demand, so there’s that option too.

The show Watchmen comes from the DC Comic graphic novel, Watchmen. It is set in an alternative history of 2019, and it follows a group of costumed crimefighters investigating the murder of one of their own.