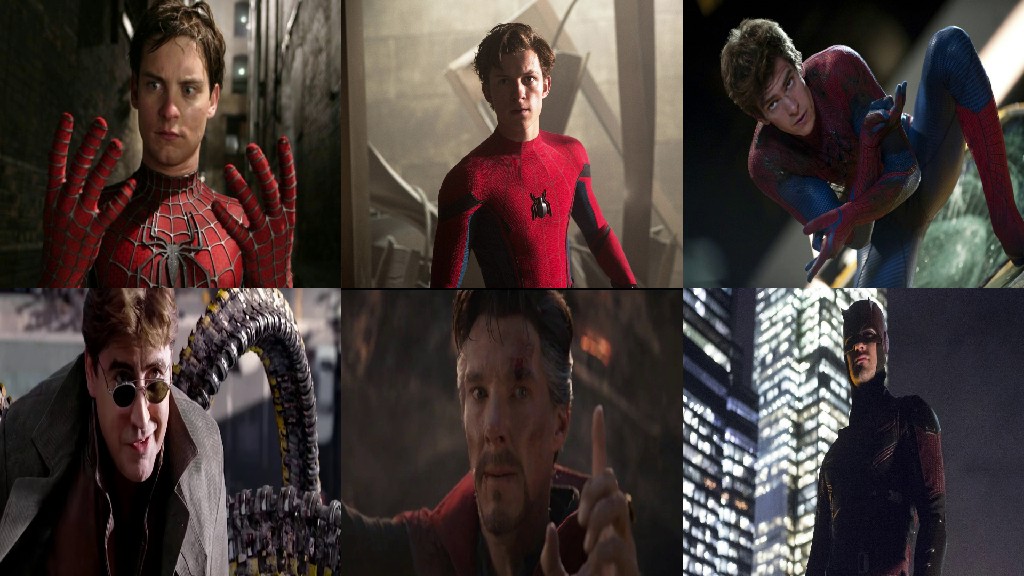 It was a huge once in a lifetime cinematic moment for cinemas as well as the fans when Marvel came up with “Avengers Infinity War” and “Avengers Endgame” to bring together an ensemble cast of stars from different  Marvel movies and to deliver a single epic end for the Infinity Saga. The fans dubbed it the “biggest cinematic crossover event in the history of cinema,” and Marvel achieved an important place in cinema history.

Now it seems like Marvel Studios have decided not to look back and rewrite their own history by holding Spider-man’s beer and introducing the multiverse. The Studios is planning to team up with Sony and all the other ventures they have been a part of and bring out the best with the upcoming “Marvel’s Spider-man 3”.

The rumors of an enormous cast and various characters returning and joining the movie keep buzzing over the internet. Even though the first build-up of Infinity Saga is over, Marvel still has managed to keep the hype up by introducing the “Multiverse” and the characters and cast that could be part of it.

Here we are discussing every cast member and the character they will be playing in the upcoming Marvel’s Spider-man 3 so far. Also, Warning! Because there will be Spoilers ahead. 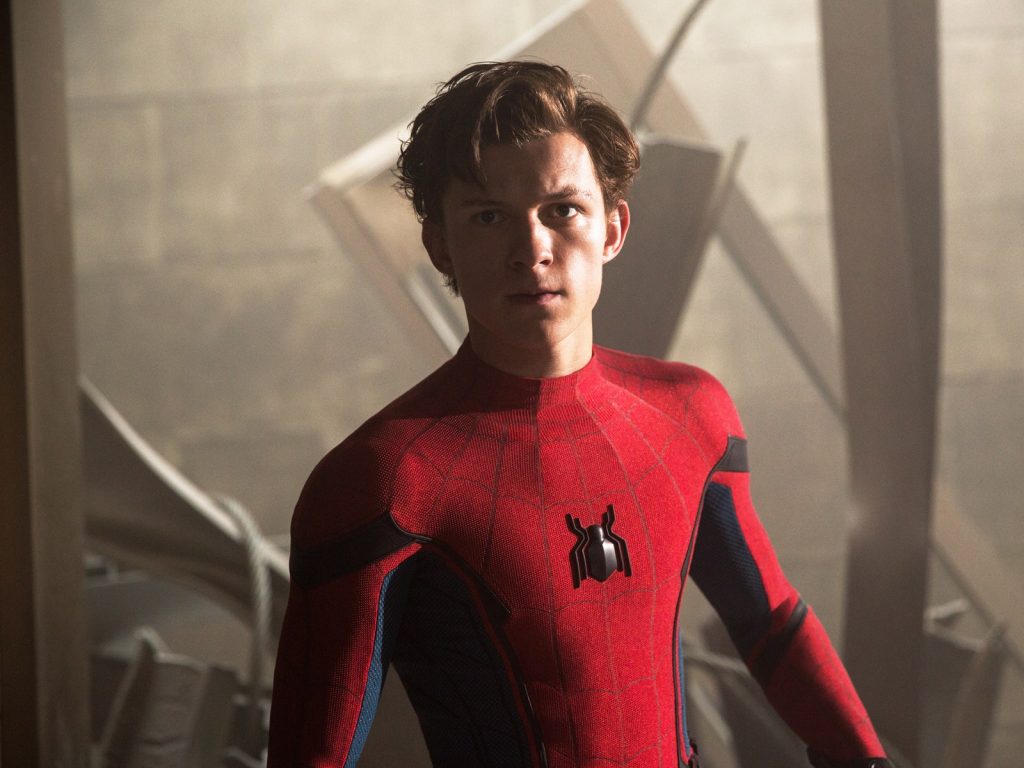 Obviously! Obviously! Obviously! Marvel Cinematic Universe’s very own “Spider-man” played by Tom Holland, is the most obvious cast member, the movie’s central character. He will be continuing his saga to encounter the aftermath he will be facing after what happened in “Spider-Man: Far From Home.”

In both the Spider-man movies of the MCU, Zendaya’s MJ got huge character development and screen time in Far From Home. The character became one of the few who got to know Spider-man’s identity in “Spiderman: Far From Home” and teamed up with web-slinger to take down Mysterio and his evil plan.

MJ kissed our hero towards the end, officiating them as couples of the movie. Now it would be interesting to see what more she can fill in the upcoming third installment of the movie, whether she joins Ned to help her web-slinging love interest or becomes a prime target of the villains who will be chasing the masked hero.

Peter Parker’s very own “Man in the chair” Ned Leeds, played Jacob Batalon, will be arriving back to take his chair and help his best friend against the extra-ordinary criminals and villains from outer space he faces. The loyal friend who was one of the first to know his best friend’s alternate persona has proved himself to be loyal and an asset throughout both the movies and it would be great to let him be the part.

On the other hand, Jacob Batalon himself has lost over 100 pounds and has come out in great shape, closer to the comic book version of Ned Leeds. If this transformation is for the role remains to be seen; either way, it’s good to have him back in Marvel’s Spiderman 3. 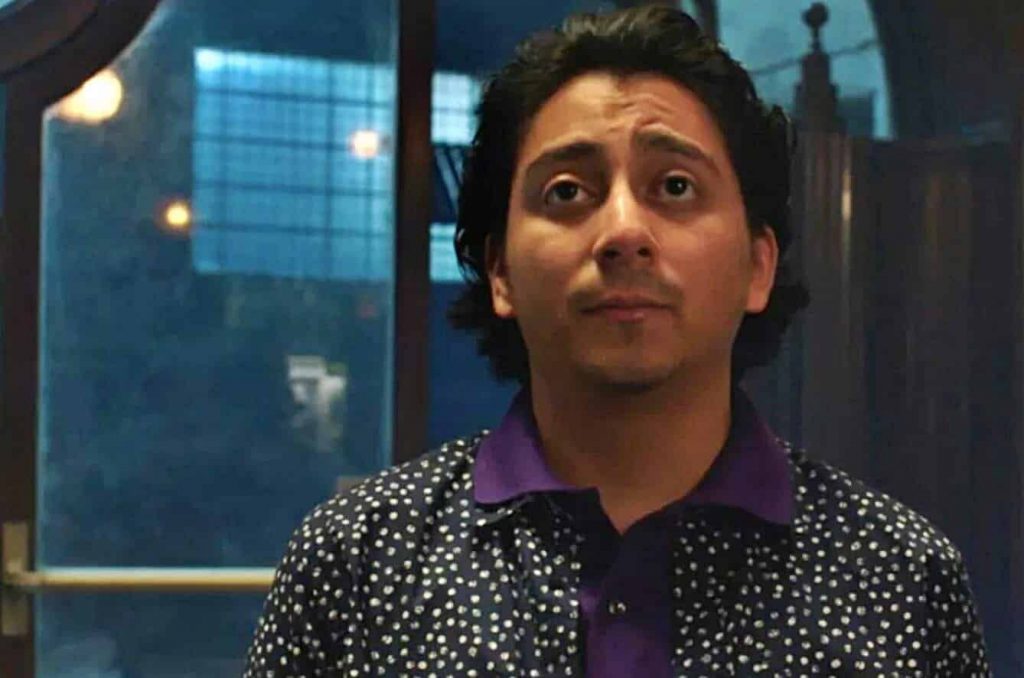 Tony Revolori’s Flash Thompson has not been a huge part of the movie so far, occasionally harassing Peter and adoring his alter ego. It would be hilarious to see his character’s reaction when he, along with the world, receives the news that his hero is none other than his nerdy friend Parker and what it would be for him in the third installment Spider-man.

Marisa Tomei’s May Parker, who we thought would have gone crazy and become conserving after realizing Peter’s alter ego in the first installment of the first movie, seems to be playing cool instead. Well, she is letting Parker be the hero he is meant to be. What worth seeing about her in the third installment is whether she will be a guiding light or another prime target of spidey’s nemesis.

Okay, Enough with wait and let’s bring the surprise packages. 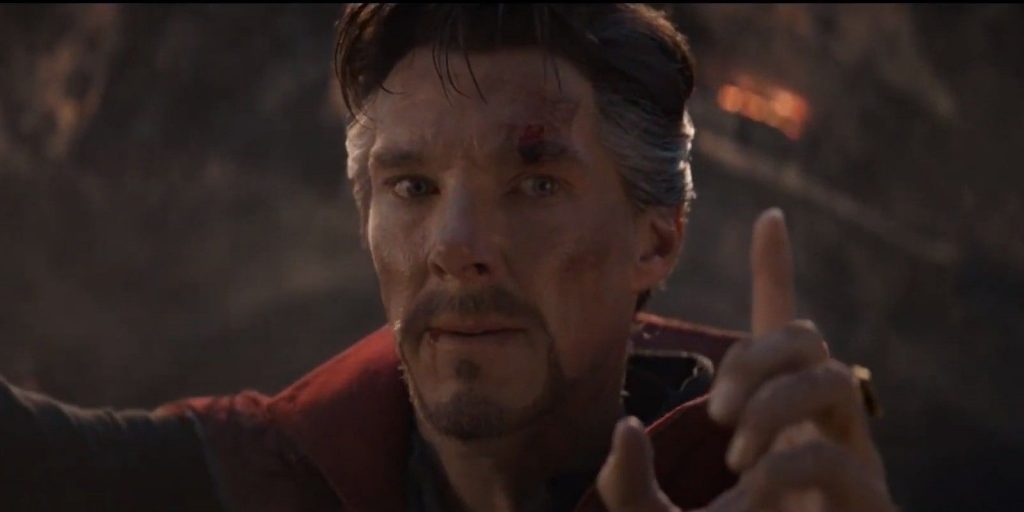 Benedict Cumberbatch’s Doctor Strange is making his way into the frame, and as far as we believe, he will be the mentor or the friend that our friendly neighborhood Spider-man needs right now. With Iron Man gone, Peter is lost and needs someone who will guide him. With the big reveal of Parker’s identity, it would be worth seeing what kind of tricks our Doctor Strange will pull out of his hat to help him through in Spider-man 3. Just like Cumberbatch does in the interviews with Tom, he might be a huge help to keep the identity secret too.

It is also speculated that Spider-man 3’s story will be followed into Doctor Strange‘s Multiverse of Madness, so take your seats; there is, in fact, a lot, a lot coming. 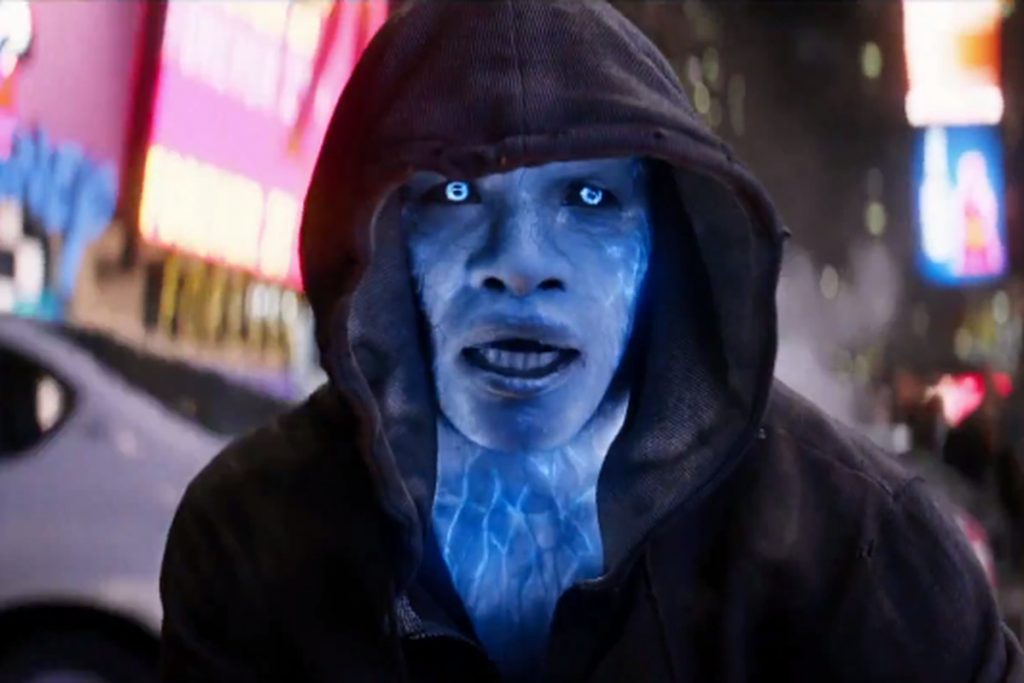 Okay, don’t blame anyone; times are crazy. Everyone knows who Spider-man is. Doctor Strange is gonna pull off his tricks to save our hero, and we don’t know which seal will be broken from it and from where Jamie Foxx’s Electro from Sony’s The Amazing Spider-man 2 will be making his way in our MCU. As we said, times are crazy.

This is the interesting part, MCU bringing in someone out of their boundaries. The last we saw Jamie Foxx’s Electro is in Sony’s The Amazing Spider-man, where he could not impress a lot of audiences. Although he died at the end of the movie, he will still be returning in Spider-man 3, as confirmed by MCU, and we wonder how.

On the other hand, the fans are still excited to see him as it opens the door to a large number of possibilities. In an Instagram post, Foxx quoted, “Superly excited to be part of the new Marvel Spider-Man … And I won’t be blue in this one … But a thousand percent badass.”

Great, so now what, we already have Sony’s Electro, and now Marvel brings Alfred Molina’s Otto Octavius from Sam Raimi’s Spider-man Trilogy. Marvel is definitely out there reeling and dealing and bringing in all they can.

The last we saw Alfred Molina’s Otto Octavius is in Sam Raimi’s Spider-man 2 back in 2004, where he also got a sad death and was loved by the fans. But like we said, times are crazy, and Marvel has confirmed that the actor will be returning to pick up his four extra hands and ready to brawl in the third installment of Marvel’s Spiderman. 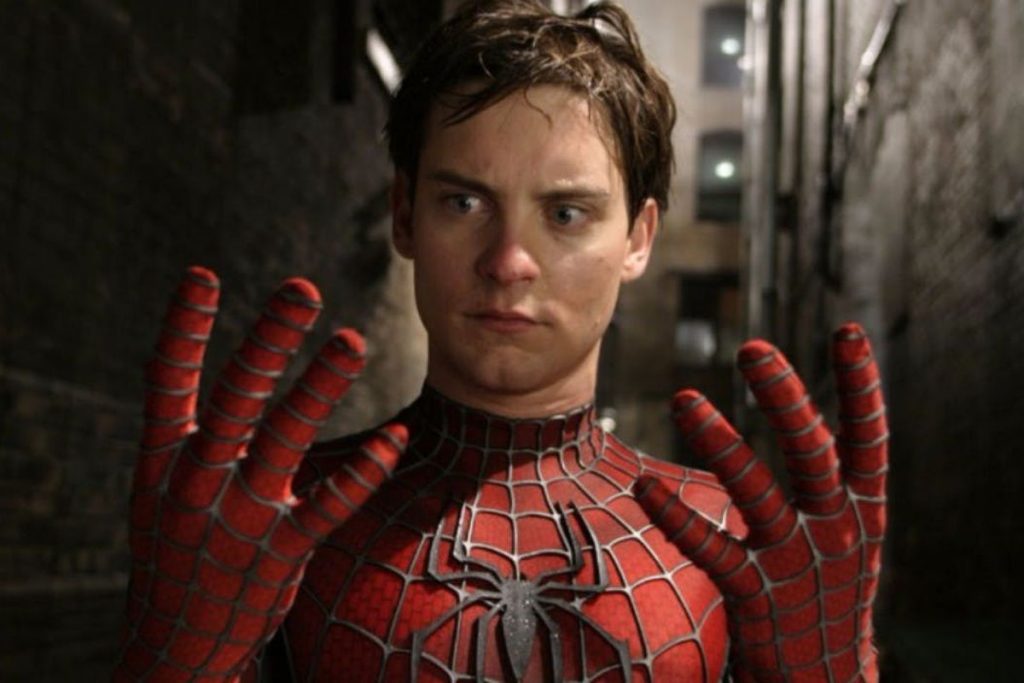 Villains are here; now, let’s bring the heroes in. Tobey Maguire’s Spider-man from Sam Raimi’s Spider-man Trilogy was one of the first biggest and most loved superhero performances of the 21st century. He has become well-known for the role, and watching him wear the suit again is gonna be huge for the 2000’s kids who grew up watching him. Though Tobey is still in talks with the companies, fans are pretty sure he is coming in.

Nothing can be said with everyone coming in, but still, it seems like Tobey Maguire will follow his universe’s Otto Octavius and join hands with Marvel’s Peter Parker and Doctor Strange in the battle. 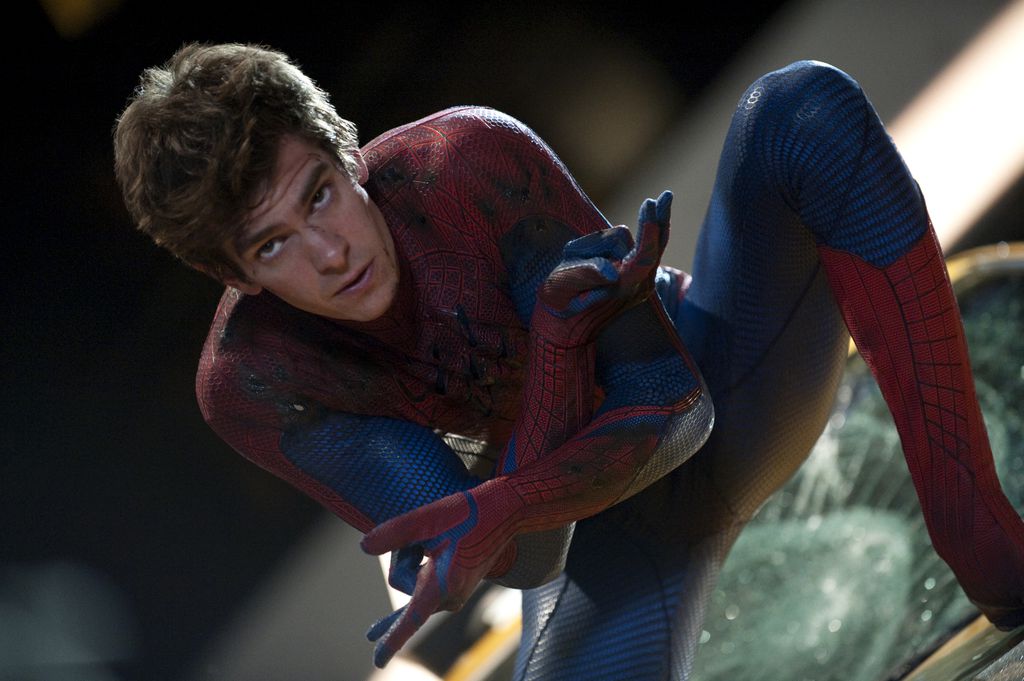 Yes, we said we are calling the heroes in; Andrew Garfield’s Spider-man, the second take of the hero in the 21st century from Sony’s The Amazing Spider-man, was a decent run, even though it struggled with already well-established MCU movies and wasn’t able to make a greater impact as Sam Raimi’s Spider-man Trilogy.

Watching Andrew Garfield join hands will only increase the excitement, and it seems like he will also be following the trail of his universe’s electro. Anything can happen.

Garfield, on the other hand, has already been confirmed to pick up his suit, unlike Maguire. So fans, go get your hopes up. 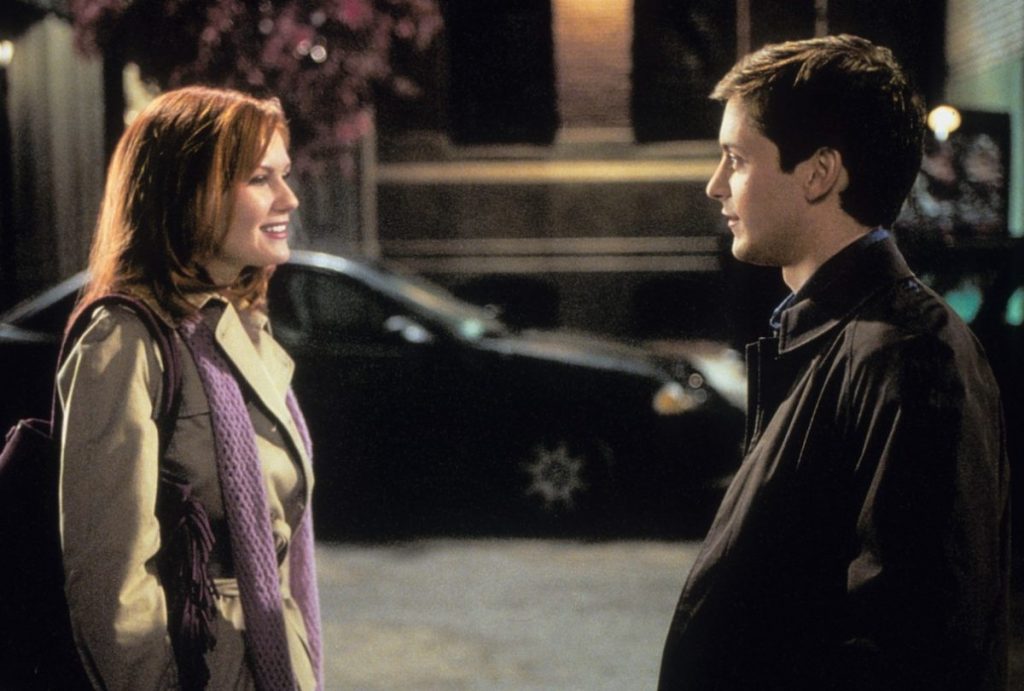 Kirsten Dunst, who has not been seen much recently but was a huge part of Sam Raimi’s franchise of Spider-man adoring the beautiful Mary Jane Watson and was definitely every 2000s kid’s crush back then, will definitely be returning. Although the character was not used completely to the extent and was seen in similar scenarios repeatedly in the trilogy, hopefully, this time, we will see something more out of her. 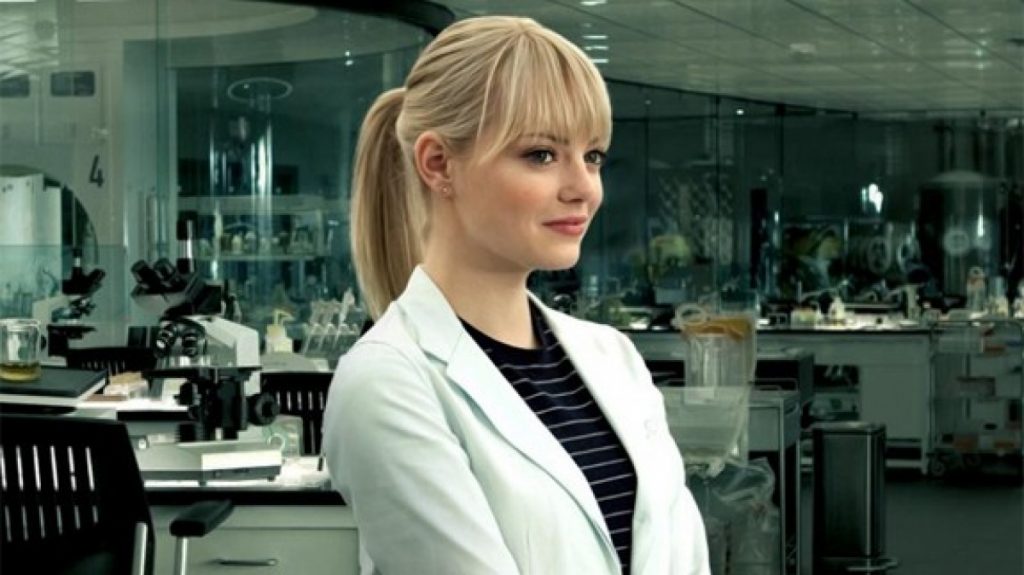 We were heartbroken, in Thor’s words, “I saw you die, I mourned, I cried for you,” that’s all we can say about watching Emma Stone return and reprising her role as Gwen Stacy. When she died in The Amazing Spiderman franchise, the fans were heartbroken, and we saw our hero mourn and for a while even saw him quit until Gwen’s own old video encouraged him.

So although the character died, times are crazy, and Emma Stone’s Gwen Stacy is definitely coming back one way or another in Spiderman 3. 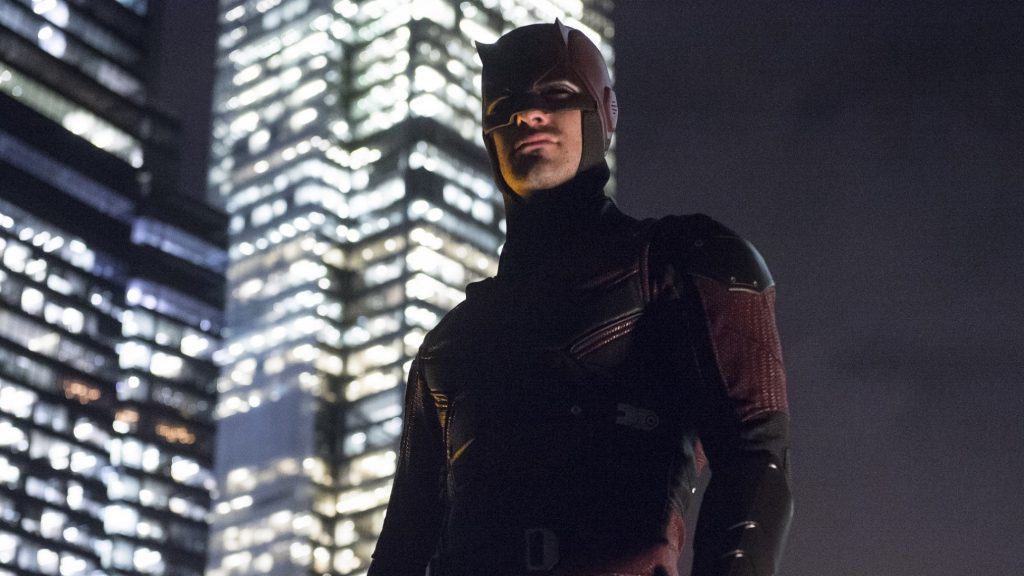 The biggest “times are crazy” moment in this article. So this is what must have happened, Marvel would be like, okay, we got the sony characters in, Sam Raimi’s characters are coming too, call Netflix and make a deal, let’s bring Charlie Cox played the Daredevil amazing, we need him.

Charlie Cox’s Daredevil got enormous love from fans and critics, rating the show positively and leading Marvel to create a few more different web series on Netflix to their name. It is speculated that Charlie’s Matt Mudrok will be delivering his services as Peter’s lawyer since his identity is revealed. Anyway, we would also like to see him pick up the costume and get in some action with others.

So, which return are you most excited about? Stay tuned for more updates.