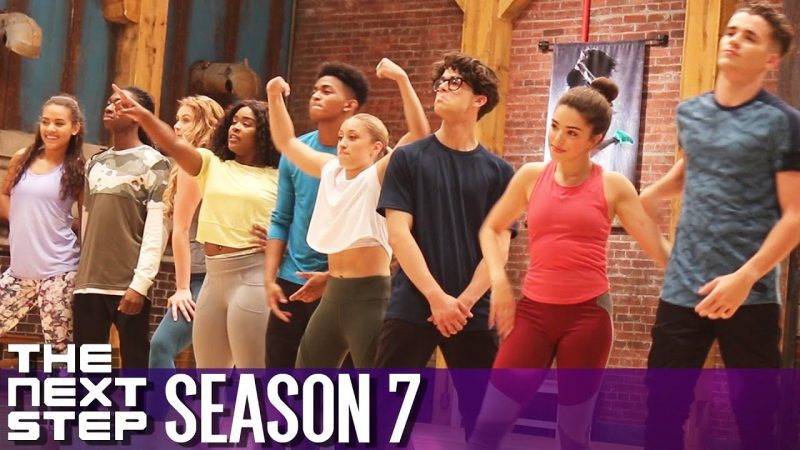 The Canadian teen drama series ‘The Next Step’ will be returning with its seventh season, and fans of the series are incredibly excited to see the gang back in action. Created by Frank van Keeken, the series is a type of mockumentary and has been extremely popular ever since it made its debut back in 2013. The show was first aired on Family Channel. The series has also extended its presence in the digital media as well as live shows featuring the regular members of the series.

According to the latest reports, the seventh season will be fascinating, and the characters will have to face some new challenges which are sure to keep the fans at the edge of their seat throughout the season. We have gathered all the recent updates and information regarding the show, so here is everything you need to know about The Next Step Season 7.

The official confirmation came on 7th April 2019, and productions of season 7 began in June, continuing till September 2019. The story of the series revolves around a group of A-troupe dancers. The plot focuses on the group as they train hard for the regional dance competition and how they deal with their growing relationships. The new season will feature a lot of new faces along with with with the returning fan-favorite characters.

The Next Step Season 7 Cast

The returning members of the show includes Victoria Baldesarra as Michelle, Brittany Raymond as Riley, Trevor Tordjman as James, Alexandra Beaton as Emily, Alexandra Chaves as Piper, Bree Wasylenko as Kate, Jennifer Pappas as Chloe, Briar Nolet as Richelle, Joshua Lamb as Jones, Emmerly Tinglin as Kenzie, Emily Roman as Presley, and others.

The Next Step Season 7 update

Season 7 has released two episodes on 13th December 2019, which includes:

According to the latest reports, The Next Step Season 7 is expected to continue in January 2020 and rumored to feature a total of 20-30 episodes.