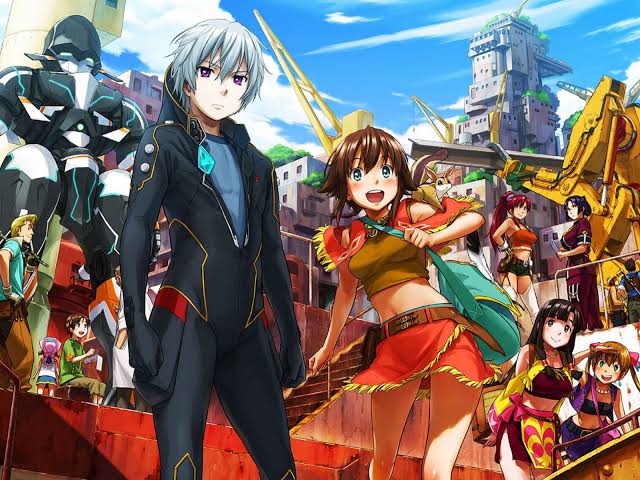 It has been announced by Crunchyroll on Wednesday that episode 14 and 15 and two Original Video Anime(OVA) of Gargantia on The Verdurous Planet will be streamed on Crunchyroll. The two-part OVA is titled Suisei no Gargantia: Meguru Koro, Haruka, and screening events will be held from the first volume. This time Viz Media has licensed the original series and also releasing it on home video in North America this year with an English Dub. It is said to be streamed on January 15, 2020, at 6:00 p.m EST in the United States, Canada, Australia, New Zealand, South Africa, and Latin America. 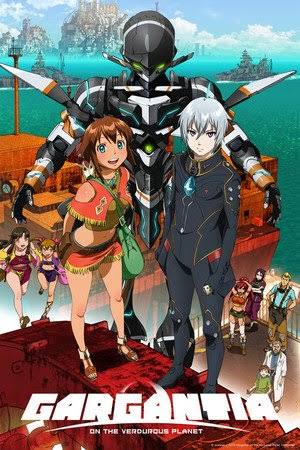 Gargantia On The Verdurous Planet Visual

Gargantia on the Verdurous Planet series is produced by Production I.G and directed by Kazuya Murata. The anime was aired on Tokyo MX from April 7 and June 30, 2013. It was also streamed by Crunchyroll.

The story about the distant future, where humankind has taken to the stars. Where they formed the Galactic Alliance of Humankind. This Galactic Alliance is engaged in a perpetual war with squid-like aliens known as Hideauze. Our 16-year-old protagonist, Ensign Ledo, is a soldier in the Galactic Alliance who Pilots a Machine Caliber. This is an artificial intelligence humanoid-shaped mecha, which he calls chamber. After failing from an attempt to destroy enemy super-weapon by Galactic Alliance, Ledo was knocked into a wormhole and loses his consciousness.

When he awakes, he discovers that he and the chamber have been salvaged by some group of primitive human scavengers aboard the Gargantia, a massive fleet of ships on an ocean covered planet. Chamber explained to him that local star charts reveal the planet he was in is Earth, the birthplace of Humanity. The place where members of the Galactic Alliance were only familiar with stories and believed was a myth. Due to language with cultural barriers, Ledo lives his life as a lonely foreigner. And now he is looking for a new purpose in life abroad the Gargantia.