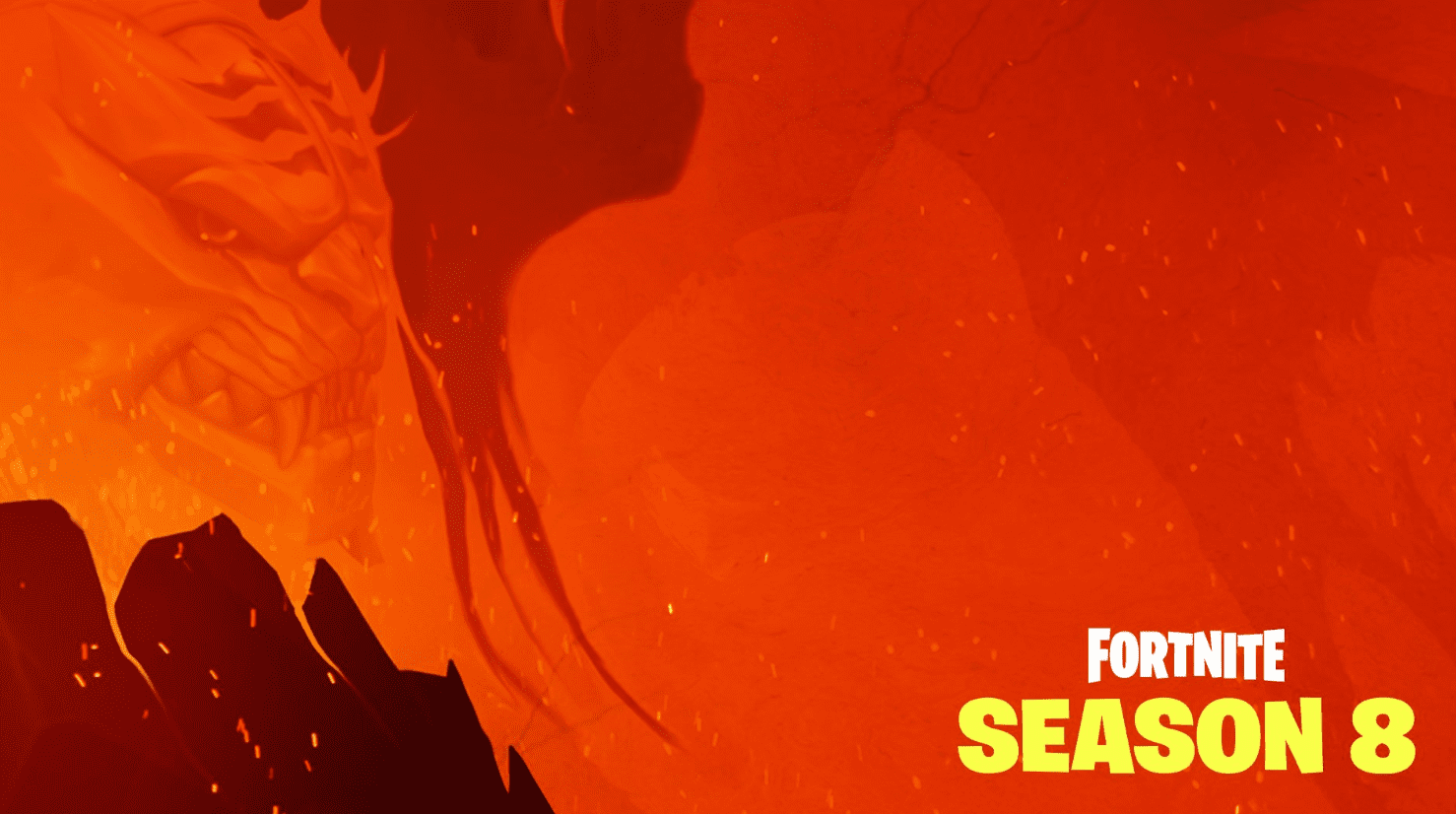 Epic has finally revealed Fortnite Season 8’s new trailer. The image this time featuring a dragon/snake kind of thing which hints further at a Viking based theme for the upcoming season eight. If we combine both the previous images from yesterday and day before yesterday, it looks like to form the top part of a skull and crossbones, including hook hand and all this appears to be teasing a Viking themed event.

Epic Games is scheduled to unveil different tease for Fortnite Season 8 later tomorrow. At least that’s what the speculations are as we saw Fortnite doing the same for the past few days. Epic Games will still be releasing their new Season 8 teaser countdown every day till update.

“X’ Marks The Spot Treasure abound Loot that has been lost Can always be found. Four days to Season 8.”

“Sssomething shimmers Within the cave… But beware of those Who arrives on waves. Three days to Season 8.”

“Awaken beasts Of fire and ash Battle it out And loot the stash. two days to Season 8.”

As any fan can speculate it may have some remote connection with pirate theme considering given the hook hand.