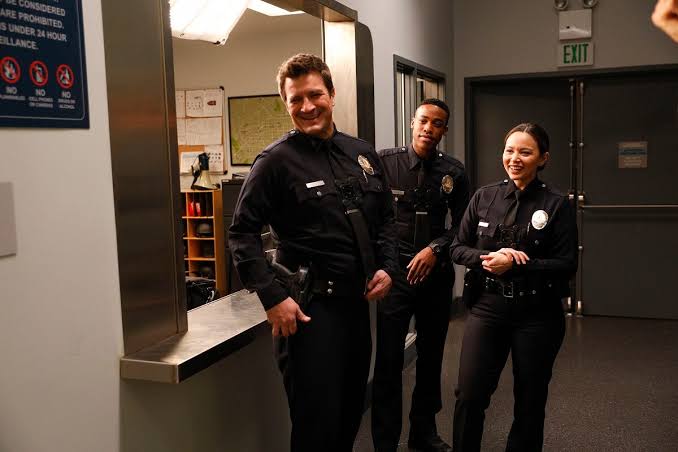 In this post, we are going to talk about The Rookie season 1 episode 15 where to watch, and spoilers. But before that, we would be taking a quick recap of the previous episode to stay in the loop. Thus, the following paragraph will contain spoilers from the previous episode. So, those who have not watched it, should skip it.

The last episode featured Nolan trying to impress his Training Officer, Talia Bishop. He wanted to attain Detective’s position although he knows that his age is restraining his capabilities to perform tasks of a rookie. Nolan and Bishop had a call of domestic violence, and they had to rush their. They found two goons and Nolan managed to cuff one and tried to catch the other one. By the time he caught the other one, the first one had already gone. Bishop was not at all happy but she had to bear everything. Then Nolan pulled up to the driveway of the motel where he saw a familiar plate of vehicle, which he remembered is of a wanted drug dealer. But it came out that the lady bought the car from craigslist. So, let’s talk more about the next episode ahead!

The show can also be watched online using existing cable TV subscription details to log in to the ABC app, where all the ABC shows are available to be streamed. Additionally, there are several online options such as Hulu, Roku, Sling where viewers can stream ABC channel at the mentioned time. The following paragraph will contain spoilers from the next episode.

The next episode will feature a prison bus facing an accident, and it would be a devastating sight. Some would be injured and the others will try to run away as it would be the best time to get free. All units will have to rush to the place and Nolan will again try to impress an FBI official by finding an escaped convict. Take a look at the trailer of the next episode!