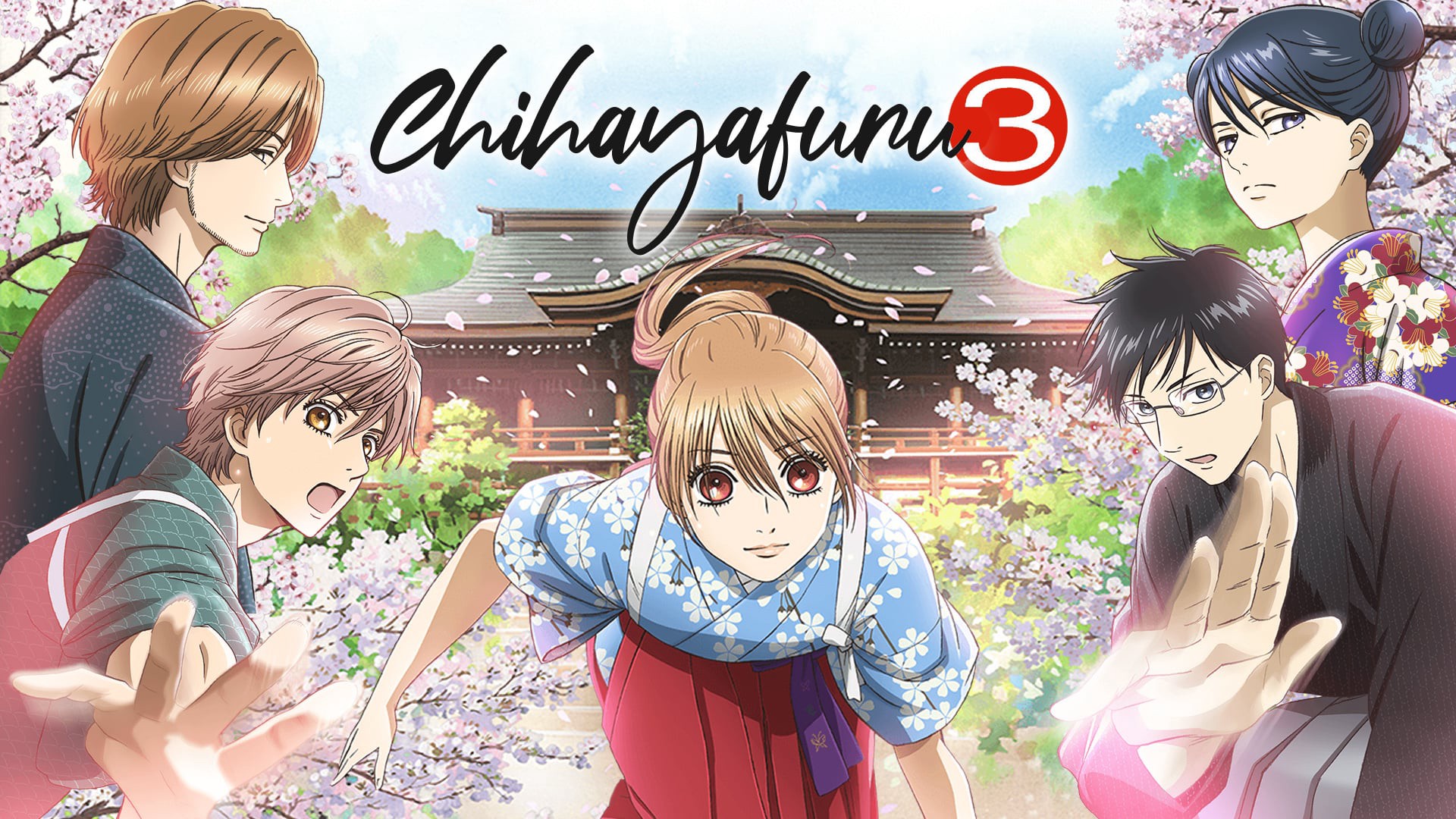 Naniwa-zu ni/Sakuya kono hana/Fuyu-gomori/Ima o haru-be to/Sakuya kono hana(難波津に 咲くやこの花 冬ごもり いまを春べと 咲くやこの花 ) also translate as Naniwa Bay, now the flower blooms, but for winter. Here comes spring, now the flower blooms. These lines of the poem are the opening of a Japnese poem known as Ogura Hyakunin Isshu. Which also starts the game Karuta. The Anime Chihayafuru is based on a girl named Chihaya who dreams to become a Queen in Karuta in Japan. 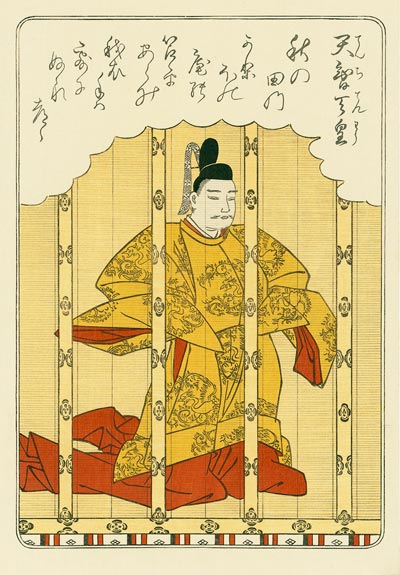 Chihaya got her dream from a childhood friend from Fukui, “Wataya Arata”, who told him if she became the strongest player in Karuta, it will make you strongest in the world as japan is the only place where you can play Karuta.

So many crazy stuff has happened in this Karuta Tournament and exhausted from these events Ayase Chihaya and her Club members are going back home. But there is one person who left without saying anything to Ayase and that person is the Club President of Karuta Club, “Taichi Mashima”. Though he did leave his message for staying behind to take part in the Takamatsu Memorial tomorrow.

Ayase got mad and a little surprised, for he left without a message and getting ahead of her. Taichi’s habit of always going alone and acting on his own somehow confused Ayase.

Meanwhile, Taichi rented a room in a good hotel which provided a nice T.V. which he uses to watch the news while having a small dinner and then to practice Karuta. Taichi might have been harboring a little jealousy toward his childhood friend
Arata for getting ahead as he did to her childhood friend and a crush Chihaya, and this time making his way out to ask the Meijin for staying as a Master and play Karuta for One more Year. Even though the one Meijin defeated was Taichi’s Master and he should be the one to say this instead he was looking forward to Meijin to take his retirement. For now, he is looking for a way to defeat his rival in both love and Karuta.

The next day it seems like he is playing Karuta in every tournament surprising being extra serious in Karuta. But not only Taichi, Chihya too is serious. Now that the new year has come, they have to give their time to both study and play Karuta for club activities because of their last year in High School. Preparing for their exams and start thinking about them every time is precious for them. Chihaya is still curious about Taichi but she had decided to fight her battles on her own and in her way. 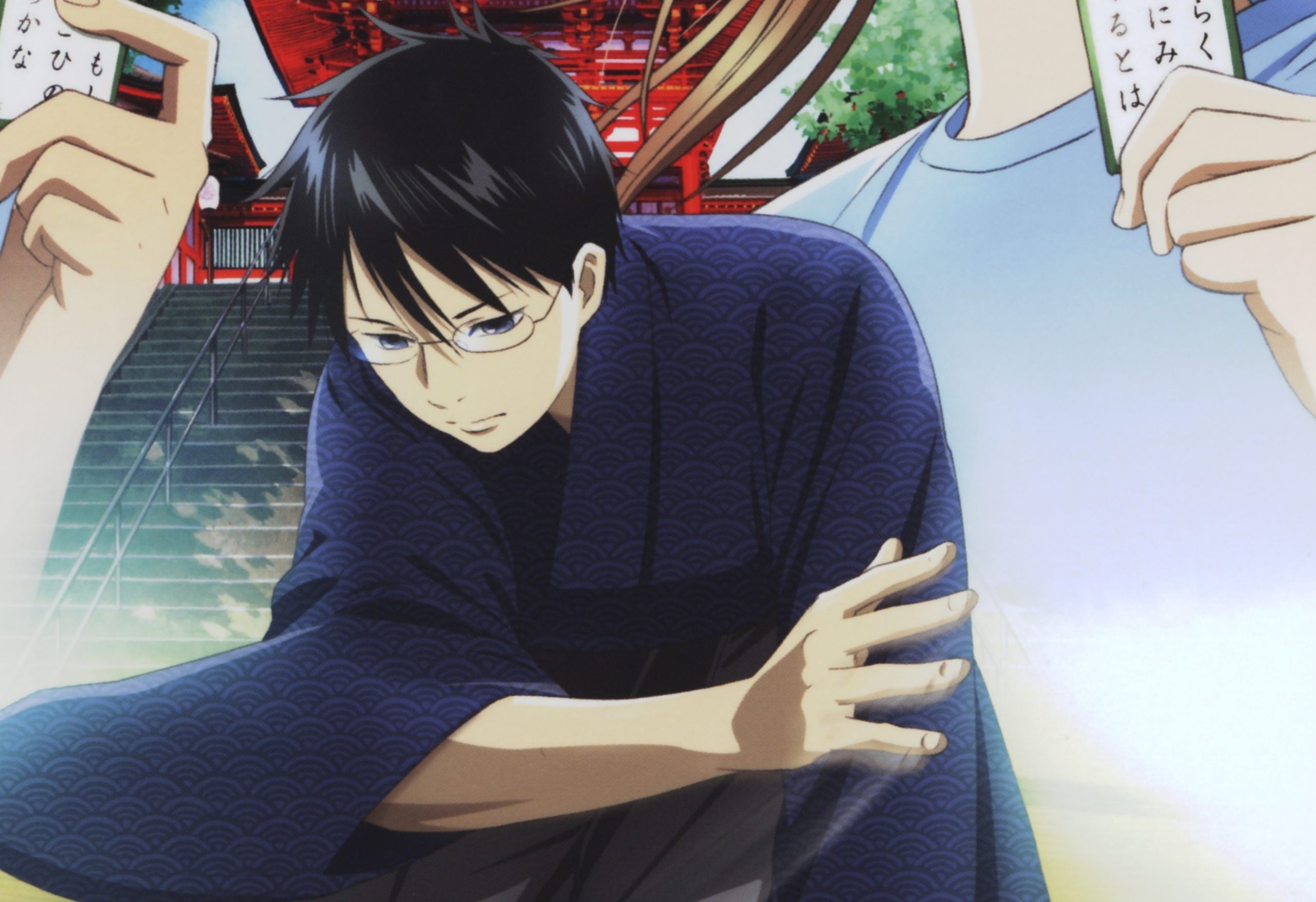 Meanwhile in Shiga Prefecture, Omi Jingu, going his way to out to speak out to Meijin Suo, Arata Wataya is in gossip. He is the grandson of Eternal Meijin after all. Yoshikawa too complimented him for being proactive and warned him not to lose in any tournament now and encourage him to work hard. He also said to make a rival in Karuta like Sato Kiyohiko, grade 9. Soon after that, he met with Taichi who alone came for the tournament. Now that both rivals have met with each other they can’t afford to lose now.

Going back at the new year Karuta Tournament where Chihaya and others are doing there best in Tournament. We are introduced to new characters while having a match with Retro-Kun who took one card. They are called Tamaru Siblings who intentionally ticks of the player to make their game off which makes them strong. But Ayase is not troubled by one of these Tamaru Siblings, she was focused on the way of Karuta Shinobu (“Current Queen”) sees and way she recovers, Dr. Harada’s (“Her Mentor”) passion, Suo’s strength, Arata’s determination and Taichi’s challenge she is using it all and tries to give her best too.

Back in Omi Jingu, Master Suo’s has come to get her trophy sent back his home and was sent to the place where the Takamatsu Cup tournament is going to start where Arata and Taichi are going to play Karuta against each other. Taichi is nervous about this match against Arata but Arata seems happy and looking forward to this match.

While placing cards Taichi recognized this placing, he practiced Arata’s play style and layout to help his mentor Dr. Harada and regained his confidence. While Suo witnessed those two from the back. Meijin Suo saw Harada’s sensei offensive Karuta in him, which got him little interested in Taichi. He plans to play a dirty Karuta against Arata and pressure him. As for Arata, he is calm and makes a plan in his mind for his next move, last time he regretted looking down on Taichi in Karuta, so he is giving his best now.

While they were still playing, he asked him out of the bat that “If he said something to Chihaya back in the fall?”. Meanwhile, Tamaru Sister won the match against Retro-Kun. Which got him down, and phrases a Poem of Emperor Gotoba ” To reorder to store my faith in this world, I have learned to both love and hate my fellow man.” He wanted to be the club president who had talent and could be trusted just like their President Sudo. Retro was then encouraged by Yukari Nishida and not to get frustrated over being stuck in class B.

Meanwhile, Sudo was defeated by Ayase again who has grown much more good in Karuta than the last time he fought with. On the other hand, Taichi got defeated by Arata and was on his way to his home.