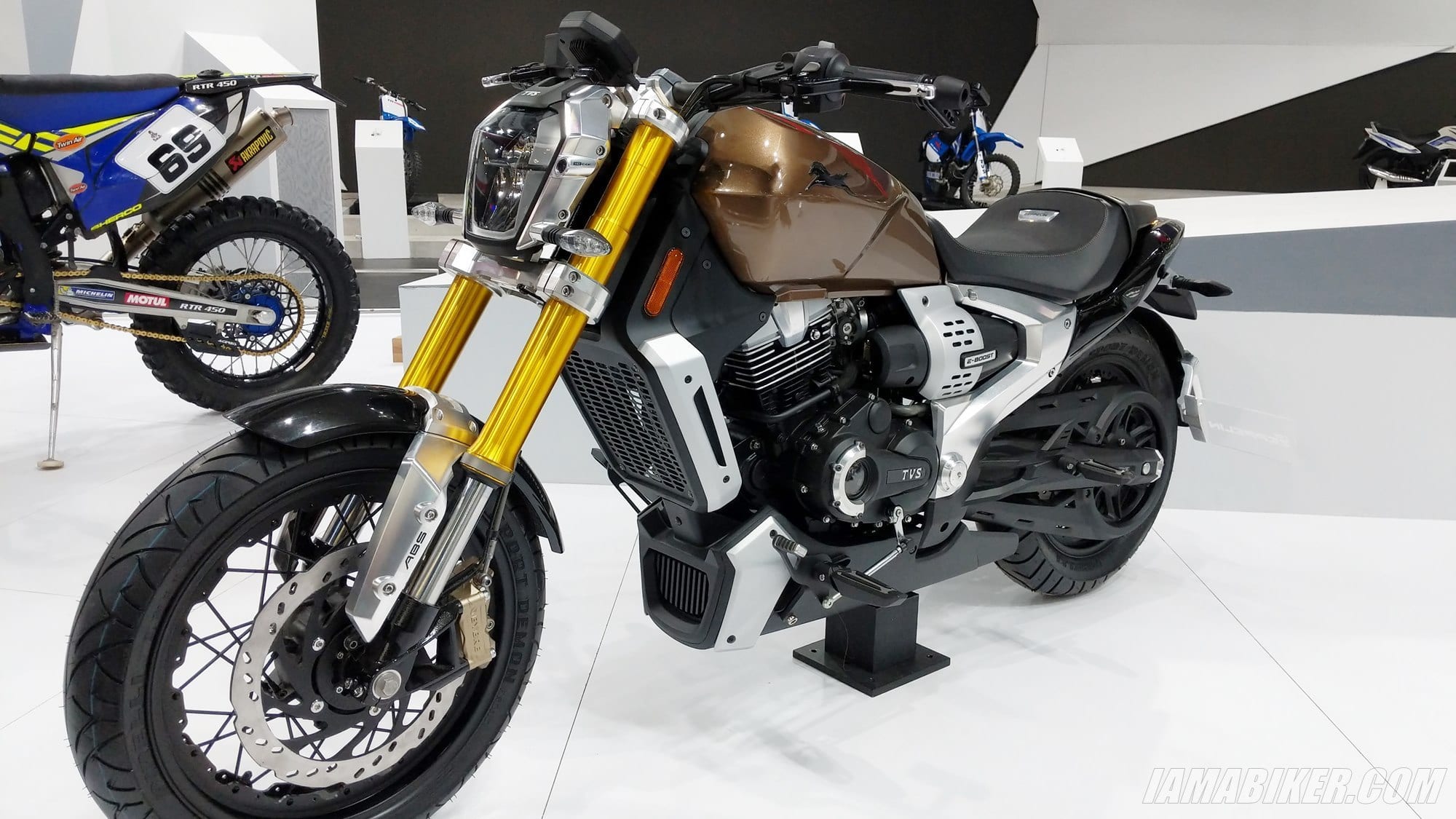 TVS Zeppelin is something a bike that has a 220cc single-cylinder engine which is mated to the high-tech TVS-patented ISG (Integrated Starter Generator). With this equipped, it enhances the start speed of the bike as well as increases the overall performance towards delivering better fuel efficiency. Moreover, this bike is loaded with the high-performing 1200 W regenerative assisting motor. It has a Li-ion 48V battery which makes it more powerful, and performance of the bike by the adding around 20 percent increased torque.

As for the safety features, this bike has Pirelli front as well as rear tires. These braking duties are handled by the petal disc brakes which is present at the front with a 41mm USD forks along with a single monoshock. This also includes things like lightweight, tubeless spoke wheels, dual-channel ABS, and others. It has the belt drive system which offers silent operation. TVS Zeppelin will be competing against Bajaj Avenger 220, Bajaj Dominar & Royal Enfield Thunderbird.

This bike comes with a 220cc engine displacement which is capable of reaching a maximum speed of 130 kmph. Now, let us talk about mileage, this bike offers a mileage of 44 kmpl on the highways, 35kmpl mileage for city roads. And it has a fuel tank with a capacity of 20 liters. The design, as well as the body, is amazing. The company states that this bike is high-performance cruiser motorbike, which is designed to catch the attention of the sports-freaks.

Moreover, some of the more features of this bike are black spoke wheels, all-digital instrument cluster, petal disc brakes, and others. The TVS Zeppelin is aiming to be an ultimate riding performance for the people who like long-distance rides. As for the price, it is yet to be unknown, but its price might be between 2 to 3 lakhs. The launch date is also unknown, but it might be releasing in September 2019.