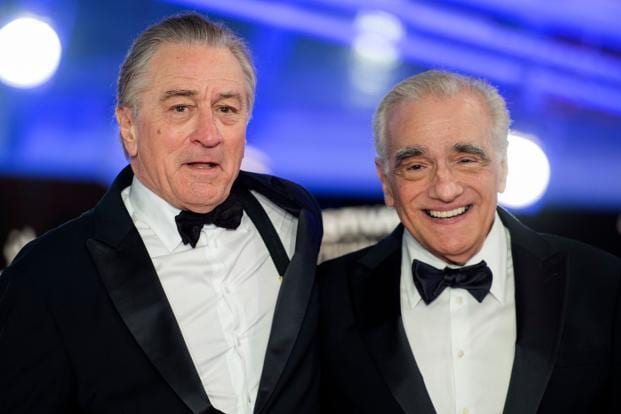 The golden duo: Scorsese and Robert DeNiro are officially back. This time, joining them is a name to reckon with- Al Goddamn Pacino. Together these three have spun a story into a movie called “The Irishman.”

Netflix just released the trailer of The Irishman, after the film was stuck in development hell for a couple of years. Martin Scorsese’s The Irishman gained traction in 2016, after many many years of limbo.

The story is based upon Charles Brandt’s book ‘I Heard You Paint Houses,’ the premise deals with Frank Sheeran, a mob hitman who may or may not be involved in the killing of Jimmy Hoffa. Scorsese’s buddy, consigliere and muse Robert De Niro stars as Sheeran. The cast is full of icons of crime noir such as Al Pacino, Joe Pesci, and Harvey Keitel.

The reason why The Irishman was stuck in development is that the genius Scorsese himself wanted to use digital de-aging technology to make his veteran cast appear younger, for half and their present age for the other half of the film. Therefore, post-production took enormous time and was an extremely arduous task.

The Irishman will premier in New York Film Festival on September 2020. It sure looks like a treat to cinephiles from the very looks of it.