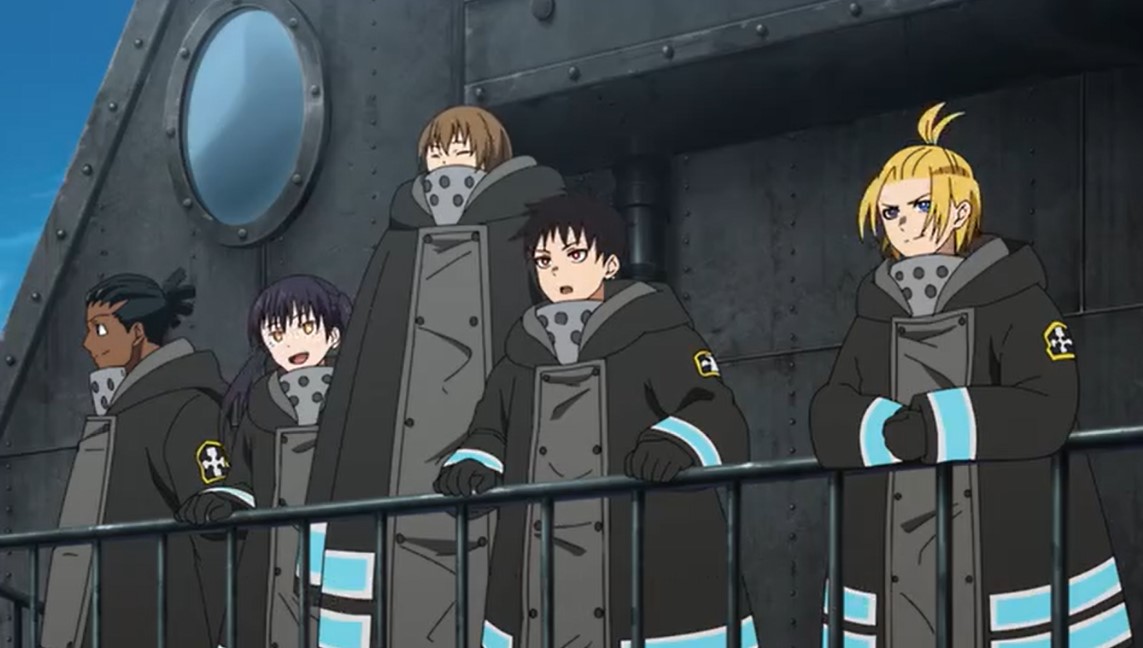 Before we move further into more news lets first look at what is happening on Fire Force Season 2. Inca is staring at the pillar of ice with two guards holding her and Shinra is lying down facing Charon. Charon said that Shinra is the first person to lay some damages on him. Shinra replied that he is going lay more damages on Charon. Arthur is still in a fierce battle with Haumea on top of the roof the battle is 50/50.

Haumea tells Charon through a communicator that its time for them to start with their mission. Charon must bring the fifth pillar since the fire force will start moving freely. Charon told his allies that they are withdrawing while Haumea runs away from Arthur. Arthur notices that Haumea uses magnetism to flee away. Shinra is trying to stop Charon’s group to go away with the fifth pillar Inca.

This post is about Fire Force Season 2 Episode 7 preview, and recap. Fire Force is also known by its alternative name as Enn Enn no Shouboutai: Ni no Shou. Let’s see what will happen to the fifth pillar Inca and the fourth pillar Shinra who want to save Inca from the Evangelist.

Fire Force Season 2 Episode 7 will be released on Saturday, 15 August 2020, at 1:55 AM JST. The new episode of Fire Force Season 2 is released every Saturday. This post may contain spoilers of episode 7 make sure you proceed with caution. Let’s take a look at what happens below. 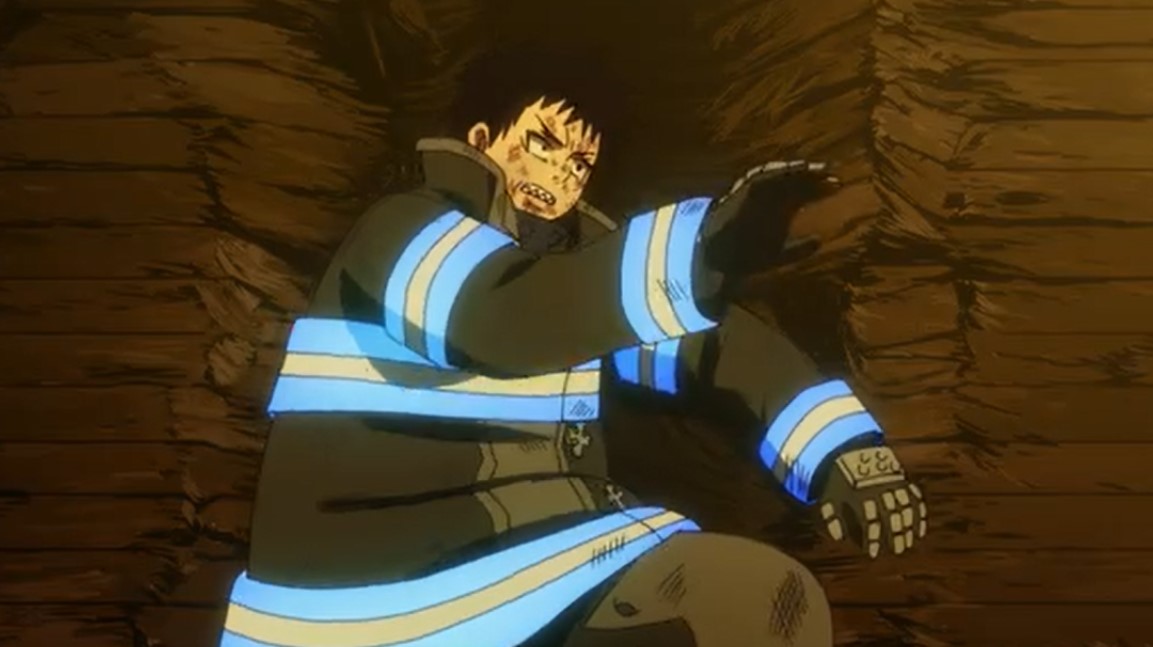 After Shinra tries to stop them Charon told him that he has figured out all of his moves. He won’t fall for Shinra’s tricks again and Shinra is planning not to attack him blindly or he will be finished. Shinra thinks that its better for him to just grab Inca and run away. Charon’s allies told Charon that Haumea is on her way towards them and they are hearing her brainwaves towards them.

Shinra yells at Inca to use her power for her to be free and Inca is thinking about how she achieves her powers by staying with Charon’s group. She wants to use her ability to see visions of the future. Inca decides that she is going to go with Charon’s group to achieve her goal. Shinra tries to persuade Inca by telling her that his brother’s life is turned upside down because of Charon’s group.

While Inca is volunteering to go with Charon’s group, Shinra attacks one of the white-clad with ”Maloik Sign, the Devil Sign Corna.” Suddenly Charon appears in front of Shinra and punches Shinra’s face to blood while sending him away. Inca went away with Charon’s group and left Shinra lying down unconscious. Later Inca and Charon met with Haumea waiting for them.

Panda came to save Inca and Inca burn him using finger pistol. Later the fire force is cleaning the damaged city and Shinra reports that the Evangelist’s men have taken away the fifth pillar. They all decide that they are going to find more clues about Adola Burst and the plans of Evangelista.

The citizens thanks to the fire force for saving their lives. Shinra is worried that he failed to save Inca from the white-clad. The next day the captain announces that they are going to carry out a joint operation with other companies. They are going to conduct an investigation into the Evangelist Adola Burst. In the morning the fire force prepares to head out for their mission.