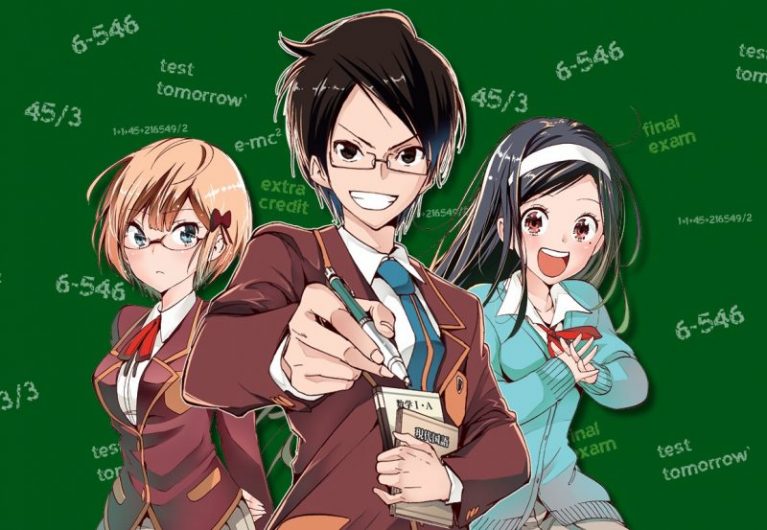 We Never Learn is continuing its Manga chapters with the preparations for Valentine’s day going on. Everyone had gifts for Nariyuku, and now that their long-awaited day has finally arrived, it is the time to reveal and give out their gifts. Chapter 138 started just when Uruka realized that he always misses her chances to give Nariyuku gifts as she just watches when others give him their gifts.

Everyone had gifts for him while she was still struggling to find her chance. Later, when even Kirisu sensei gave him chocolates as well, she realized she needs to muster her confidence as she has been postponing giving him gifts throughout the past years. She then went on and gave Nariyuku a box of chocolates she prepared for him. The flavor reminded Nariyuku of a moment five years ago when he had “Poke choco,” which he realized Uruka might be the one baking them all this time as the chapter ended up in suspense.

Chapter 139 is scheduled for Sunday, the 8th of December, on Shueisha’s official website, Viz media. This is where the moment Nariyuku and Uruka’s moment continues as Nariyuku just realized that Uruka had been making chocolates for him all those years while everyone else watches from inside the class through the windows waiting to see how this moment will turn out to be.

We Never Learn Manga began serializing in Weekly Shonen Jump magazine from February 2017 with Shueisha publishing 12 volumes by June 2019. VIZ Media licensed and serialized the Manga from March 2018 with Shueisha simul-publishing it in English on its official website, Mangaplus, in January 2019. Studio silver and Arvo Animation had announced an Anime adaptation airing from 7 April to June 30, 2019. The second season began its run from October 6, 2019, and is currently ongoing.