The 2019 musical anime “Given” arrived on our screens adapted from the manga of the same name where we saw our favorite musicians, guitarist Ritsuka Uenoyama, Lead vocalist Mafuyu Satō, bassist Haruki Nakayama and drummer Akihiko Kaji coming together as we saw them building their relationships with each other to fulfill their dream to be a successful rock band. The anime adaptation has certainly received positive reviews in its inception in 2019, ranging from its soundtrack to direction; the series was considered one of the most emotional and fun rollercoaster ride. Crunchyroll’s Adam Wescott called it the best show you are not watching, making Given one of the most buzzed-about anime series from 2019.

The series of Given officially wrapped up on September 19, 2019, comprising of a total of 11 episodes. Still, along with it, a film sequel was announced by Blue Lynx that will continue the story of our favorite rock band, and here we are breaking down everything you need to know about the new “Given” anime movie. But first of all, check out the trailer below.

The Plot and Synopsis of Given – Movie

The movie continues the story of the anime series with Ritsuka Uenoyama, a high-school student who is shocked to hear his new friend Mafuyu Sato’s voice, which melts his ears he immediately asks him to join his rock band. Ritsuka and his bandmates, bassist Haruki Nakayama and drummer Akihiko Kaji, welcome Mafuyu as the vocalist for their rock band. Soon, they make their official debut under the name “Given.”As everything eventually starts building up, Ritsuka soon realizes he has feelings for Mafuyu. On the other hand, Haruki has feelings for Akihiko, too, but he is in a relationship with his roommate violinist Ugetsu Murata. The movie will see both the love stories clashing as everything unfolds in the movie.

The Cast Of Given

Most of the cast of the anime series will be seen returning to voice for the movie with Yuma Uchida voicing Ritsuka Uenoyama, a 16-year-old high school student and Given band’s lead guitarist who has learned the instrument since he was a kid and is pretty expert at playing it but loses passion until he meets Mafuyu Satō A 16-year-old high school student and a naturally gifted singer who eventually joined the band ad is being voiced by Shōgo Yano, the band’s bassist the 22-year-old Haruki Nakayama is being voiced by Masatomo Nakazawa and Akihiko Kaji, the drummer of the band who is also good at playing other different instruments is being voiced by Takuya Eguchi. 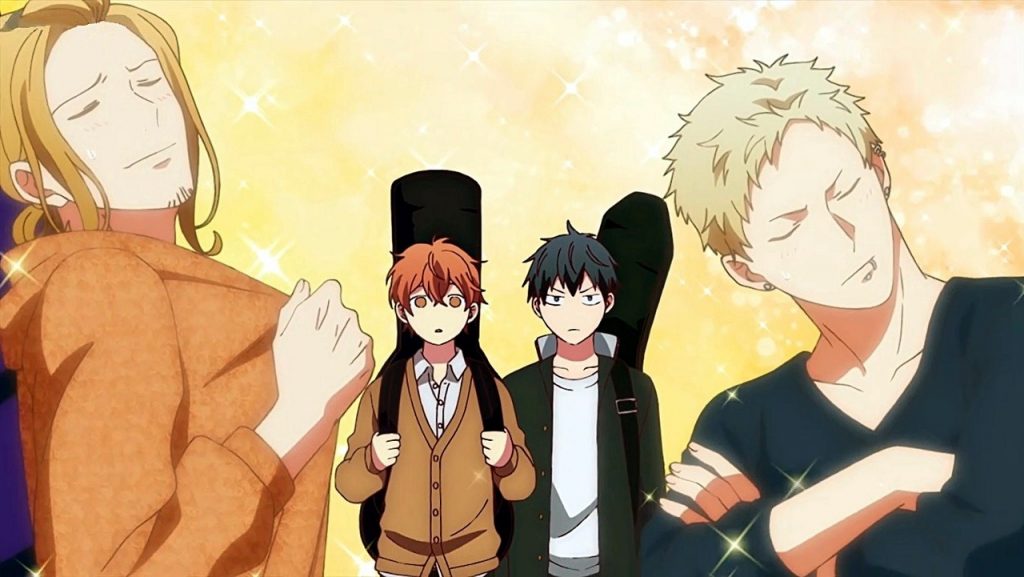 The rest of the supporting cast we are expecting to see in the movie includes Mafuyu’s childhood friend and boyfriend Yūki Yoshida being voiced by Yuuki Shin, the renowned violinist Ugetsu Murata being voiced by Shintarō Asanuma, Ritsuka’s older sister Yayoi Uenoyama being voiced by Yū Shimamura along with Shōgo Itaya voiced by Kengo Takanashi, Ryū Ueki voiced by Hiroto Amano, Hiiragi Kashima voiced by Fumiyo Imai, Yagi Shizusumi voiced by Taito Ban and  Kōji Yatake voiced by Ryota Takeuchi.

Given which was originally scheduled to release in May last year but had to rebound due to the Covid-19 crisis, it was released on December 26 in Japan by Hong Kong film distributor Neo films and is now officially available to stream on Crunchyroll since 2nd February 2021. The 59-minute movie serves as a direct sequel to the series and focuses on the relationships of Haruki and Akihiko. 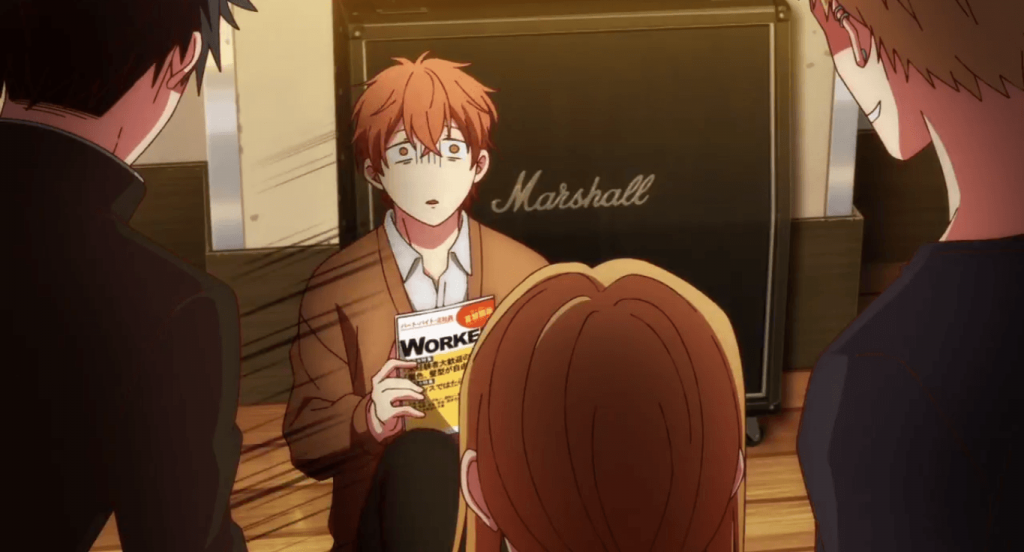 Fuji TV’s brand new label Blue Lynx has produced a film that sold more than 100,000 tickets within its first month and was pushed to further screenings in theatres all over Japan. The movie has brought back a number of its crew members, with it being directed by Hikaru Yamaguchi, who is known for directing Escha Chron, and the movie is directed based on a script written by Yumiko Ayana, who is known for working on BangG dream! And Girls Beyond The Wasteland. The overall character design has been worked on by  Mina Osawa, with Ayano Okamoto serving as the art director Hiroaki Kaguchi working on the color design. Hiromi Kituda has worked on the overall sound of the movie on the music by Michiru.

Given- The movie is available to stream on Crunchyroll right now; for further updates revolving around anime, movies, television, movies, and entertainment, stay tuned to Otakukart News.

Read More: 20 Seiki Denki Mokuroku: An Anime Adaptation Movie Yet To Be Released