Most Popular Robert Pattinson Movies That You Should be Watching

If we are talking about our very new Bruce Wayne’s performances, who will fill in Batman’s shoes in the upcoming 2022 film, it will look like we have seen Robert Pattinson grow up right in front of our eyes. Right from his debut as Cedric Digory  Harry Potter and the Goblet of Fire to his latest venture into the world of superhero cinema in the upcoming The Batman, Robert Pattinson has managed to be one of the popular faces we constantly see onscreen with experimental characters he verges into growing his catalog day-by-day and here we are appreciating those performances that found the beloved actor standing out the best. So let’s take a look at them.

The Rover was Robert Pattinson’s first venture outside the Twilight movies that eventually made him a popular figure in the entertainment world and saw the actor right away experimenting with his acting skills all the way in the film that is set in a dystopian future. Written and directed by David Michôd based on Michôd and Joel Edgerton’s idea, the movie starred Guy Pearce in the lead role along with Scoot McNairy, David Field, Anthony Hayes, Gillian Jones, and Susan Prior. It premiered at the 2014 Cannes Film Festival on 18 May 2014 while earning five nominations at AACTA awards, with Pattinson being nominated for Best Supporting Actor. 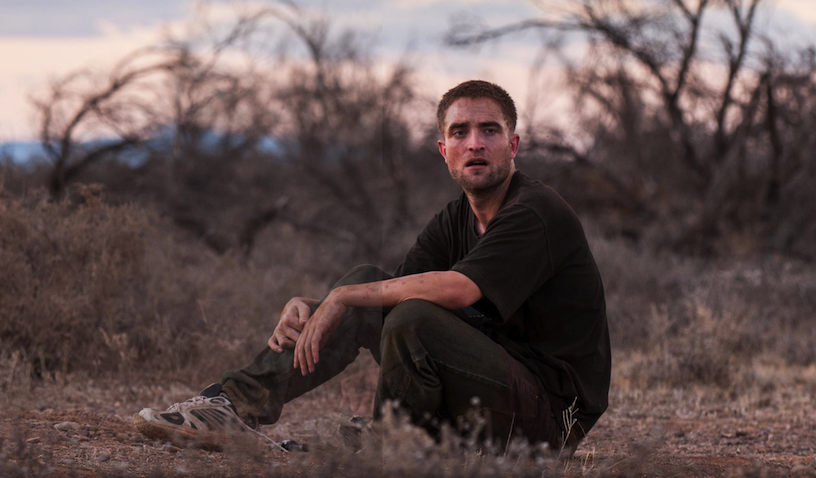 The Rover follows a story set in a near-future where humanity’s greed has nearly destroyed civilization and society is in decline with law disintegrated. Eric, played by Guy Pearce, travels across this new world and is soon attacked by a gang who takes away his car everything he had left behind their wounded comrade Reynolds played by Pattinson. Eric tries to convince Reynolds to team up with him to hunt down this notorious gang.

Here, we saw Pattinson taking his acting skills to a comedy genre inset in Wild Wild West. Written and directed by David Zellner and Nathan Zellner, the movie starred Mia Wasikowska and premiered at the 2018 Sundance Film Festival on January 23, 2018. The movie currently holds a 67% fresh rating on Rotten Tomatoes and was praised for its beautiful storyline injected with good humor, which requires a lot of patience from the viewers. 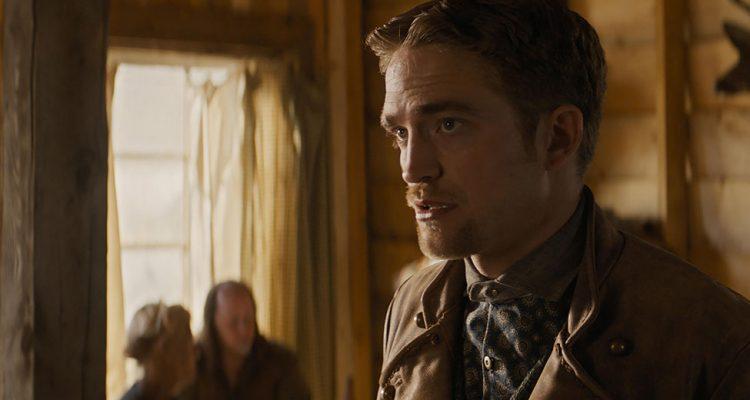 Damsel follows Samuel Alabaster’s story, played by Pattinson, who sets out on a journey with his pony and Parson Henry, played by David Zellner himself, to marry the love of his life, Penelope, played by Mia Wasikowska. The only thing is, the journey doesn’t go as it was planned.

Cosmopolis was one of the first movies that showcased Robert Pattinson’s commitment to his roles no matter what comes on his way. The film is a slow burn and doesn’t work for everyone else. Still, it showcased the extensive talent of Pattinson as he played the role of billionaire Eric Packer. The latter is receiving a prostate exam while he talks business and never leaves his limousine. The movie was the first collaboration of Pattinson with director David Cronenberg, known for movies like The Scanners and Videodrome. 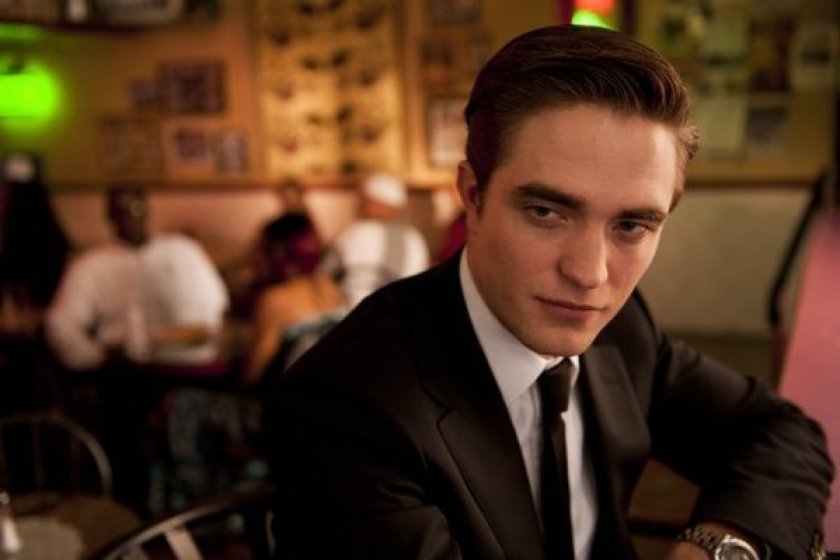 Cosmopolis premiered at the 2012 Cannes Festival and drew critically mixed reactions. The movie follows the story of a 28-year-old billionaire currency speculator who has embarked on a journey of self-destruction as he watches his life unravel with marital problems, health issues, and financial crisis.

Good Time was one of those movies that showcased Robert Pattinson leveling everything up to the top-notch, whether it is his charm, talent, risk-taking attitude, or commitment seen in his previous movies. We see different shades of his previous performances, right from the intensity of Cosmopolis to his first performance in the movies as Cedric Digory in Harry Potter And The Goblet Of Fire. 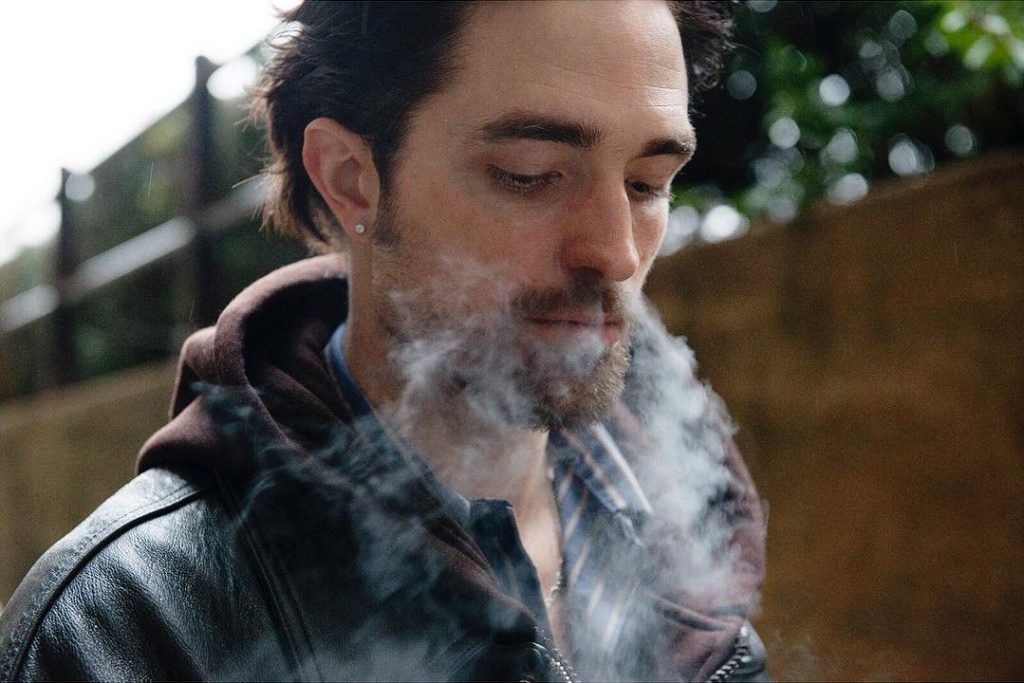 Good Time follows the story of a robbery gone wrong, which led to Connie, played by Pattinson himself, losing his brother, who goes to prison for robbery, and Connie goes to all measures to bail his brother out. Directed by Josh and Benny Safdie, Good Time also stars l. Barkhad Abdi, Jennifer Jason Leigh, and Buddy Duress.

Ahaa! Here comes the french accent, which, according to you, can be considered satisfying, with Pattinson sporting the perfect dynamic performance. Although many consider this a small role from Pattinson because he wanted to favor David Michôd, the director of “The Rover,” but damn, it was all worth it. Pattinson made everyone turn heads with how he taunted Timothee Chalamet’s Prince Hal’s with insults as smoothly as he can with the French accent inherited in it. 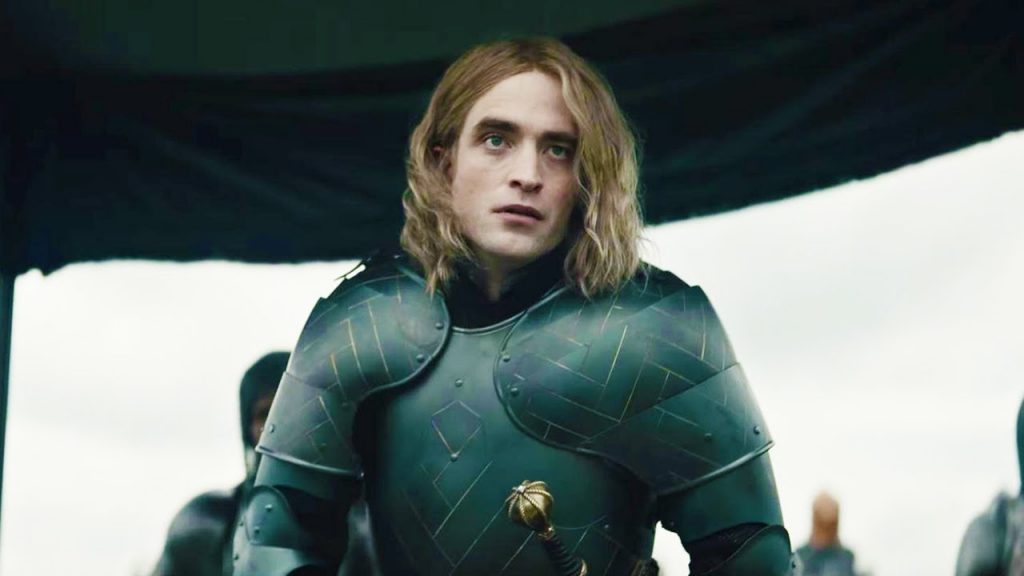 The King is a historical period drama film from Netflix directed by David Michôd and co-written by Michôd and Joel Edgerton. It is based on several plays of Willaim Shakespeare’s “Henriad,” and apart from Robert Pattinson, the movie also stars Timothée Chalamet, Ben Mendelsohn, Joel Edgerton, Sean Harris, Dean-Charles Chapman, and Lily-Rose Depp.

The King follows Henry V’s rise, who becomes King after his father’s death and starts navigating palace politics along with the war his father left behind and the emotional string of his life. The movie received positive reviews with praises for cinematography and performances of Pattinson and Chalamet especially.

Robert Pattinson was doomed to bring his very best because he was set to pair with none other than William Dafoe himself, and we saw him bringing everything he can as the junior Lighthouse keeper who descends into madness with his companion as they are locked on a small island with no one else with them. Pattinson was committed to the darkness the Robert Eggers film aimed to sport the perfect main accent and impressive facial hair. 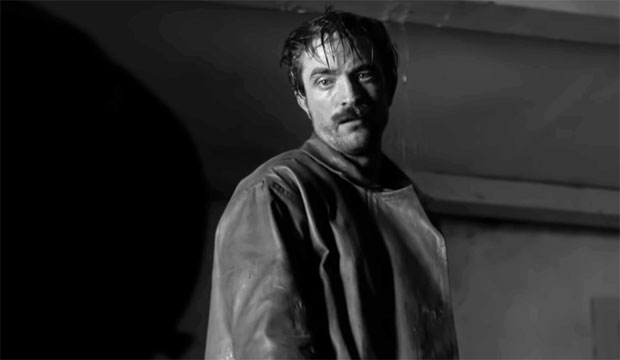 The Lighthouse follows Ephraim Winslow’s story, played by Pattinson, who arrives at a tiny island as the junior lightkeeper to assist the elderly lightkeeper. Soon, he descends into madness as strange and mysterious visions haunt him. The movie was nominated for Best Screenplay at Cinematography at the 92nd Academy Awards. It was praised for its technical aspects and Egger’s direction, and brilliant performances from lead Robert Pattinson and William Dafoe.

Harry Potter And The Goblet Of Fire

Okay, this was the movie that actually introduced the world to Pattinson, and although he didn’t have any major role throughout the movie, it was one of the most important ones for sure. Pattinson played Cedric Diggory’s role, which is more like the perfect kid at the school ever who is Hogwart’s champion. He is handsome, athletic, intelligent and kind, and passionate, which made him a very lovable character in the movie who helped Harry several times, winning the audience’s hearts. Director Mike Newell made sure to buildup Pattinson’s character so that the audience feels connected to him in very few minutes before he dies to leave a lasting impact. 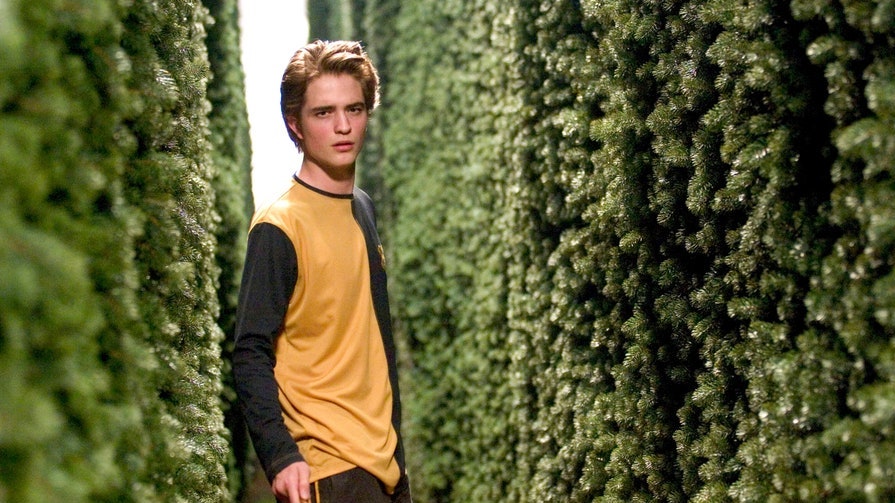 Harry Potter And The Goblet Of Fire is the fourth movie in the Harry Potter series and sees Harry as the fourth participant in the inter-school Triwizard Tournament, which turns its tables with dark conspiracy. Although Pattinson is for a short duration of time, this was the role that made him popular among the masses.

Read More: Movies Like Harry Potter You Should Watch This Valentine’s Week

Okay, after an impressive appearance in the Harry Potter And The Goblet Of Fire, Robert Pattinson had become a sweetheart among the fans. Soon, the Twilight movies gave him the much-needed affection for sure and made both Pattinson and Kristen Stewart big names in the industry. We see Pattinson evolving his character in all the movies, right from developing Edward Cullen’s relationship with Bella Swan to marrying her in the end and living life together. These movies, especially Twilight: Breaking Dawn, bough the best of Pattinson that made him an overnight star.

Read More: 18 Breakout Stars Of The Year 2020 – List Of The Most Popular Ones

The Suicide Squad (2021) – Plot Details For The Film Revealed

The Most Powerful Characters of ‘Yashahime’ Ranked