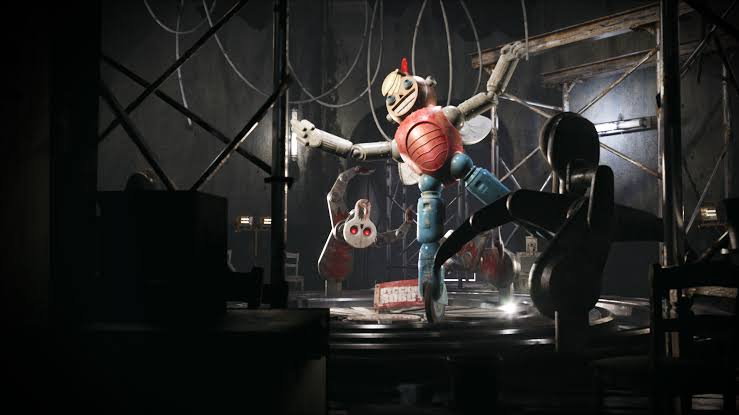 Atomic Heart has caused waves ever since the trailer for the game was dropped. The game is currently available for pre-order, and it will receive a beta in Q4 2019. The developer Mudfish made the announcement regarding the release of the beta. Atomic Heart is a first-person RPG. The game’s trailer was launched in May last year. So far, the game doesn’t have a update.

However, Mundfish announced that it would announce the updates for PC and current-gen consoles in Q2 2019. So, we can have to wait for a while to get the exactof the game.

The base game costs USD 30, and it includes a digital soundtrack, behind the scenes video, a beta invite, a digital artbook, and access to the game one week before it is released. The Deluxe Founder’s Edition adds a Founder’s badge to the in-game profile or the buyer. There is also a unique in-game Founder’s mask, and they will also get access to the closed forum area for “bakers.”

Now, finally, we have the Atomic Founder’s Edition costs $90, and it adds the buyer’s names and photos to a wall in the in-game Safe Zone. It will also give the players a unique location.

Most of the items from the different versions will still be available from the Atomic Founder’s Edition, including the photo and the name. The choice is yours whether you want to get a discount if you are buying the other two or you just want to buy the last one which has no discount either way.

In recent reports from game development related Telegram Page in Russian, that’s been translated on popular gaming forum ResetEra, and it indicates Atomic Heart has hit a major roadblock. According to rumored reports, ‘Atomic Heart’ development had been rebooted approx four-five months ago, and now the game has a “huge gameplay downgrade.” For example, one major downgrade maybe, the game, may now not be an open-world game but would consist of episodic runs and missions.

According to the same rumored reports, previous gameplay is sort of real, but it’s heavily linear and directed. The first released trailer of the game is mostly fake, with gameplay bits rendered on the game engine. The production company CEO doesn’t have any knowledge about game development, and due to lack of coordination, things are messed up. Everything that people like about the game, which includes art, concept, and design, is made by one person – Artyom Galeev, who has been nurturing the concept of the game for many years.

Alongside this, major layoffs have been in companies, and there are not many experienced developers with C++ and UE4 in Russia, most of the work is outsourced. The whole deal with Soviet Luna Park VR sounds like a cash-grab with people who bought the game with pre-order is left behind.