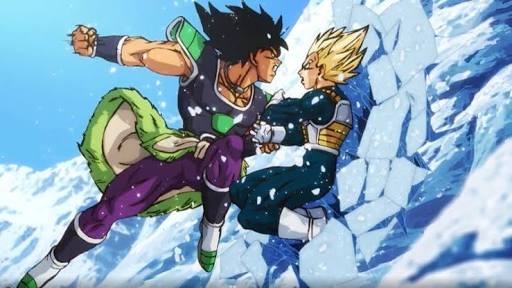 It was recently revealed that both Funimation and Best Guy would be releasing the combo pack of BD/DVD pack of Dragon Ball Super: Broly for April 16. The movie opened in Japan on December 14, and the English dub version was premiered on December 13. The film was released in the US and Canada on January 16. By February the gross earnings of the movie were more than 100 Million USD.

Here is the synopsis for those who are yet to watch this movie:
The movie is set after the destruction of planet Vegeta. Three Saiyans were set free in space. Two of them found Earth as accepted it as home, but one developed unbelievable power and desire for vengeance. But destiny has brought them face to face once again. Goku is training hard to face enemies with extraordinary abilities, and Vegeta is right on his side.

These are the two Saiyans that have found Earth as their home but when they face the unbelievable wrath of the third Saiyan things will shake up quite a bit. Goku and Vegeta will discover an incredibly destructive force in the third unknown Saiyan known as Broly.
The plot sure is exciting and believe me the movie is impressive as hell.

I have watched the movie already more than a couple of times. Best buy and Funimation are offering limited edition gifts for the BD/DVD combo pack that will be available on April 16. Best Buy will offer the DVD in a steel book case while Funimation is going to give the buyers a sweet gift of Goku standee with the purchase. Make sure you all watch this awesome movie soon.