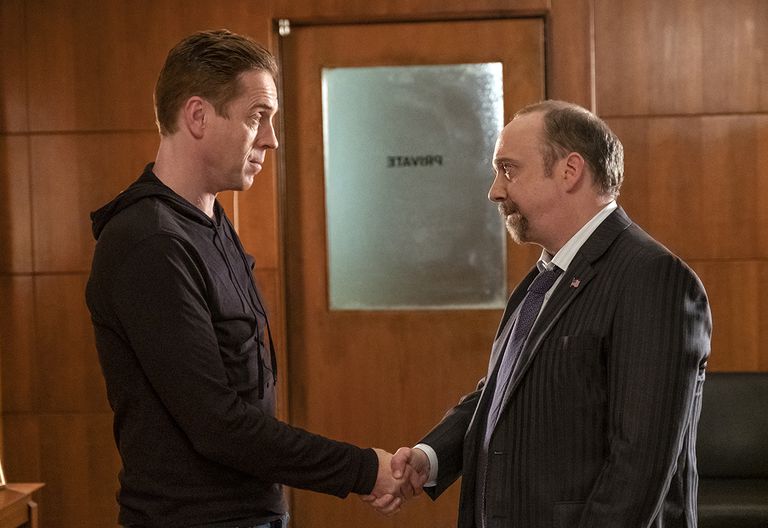 The teaser for Billions Season 4 is out, and things look fantastic! It shows the two Damian Lewis Axelrod and his protégé Taylor Mason (Asia Kate Dillon) in a competition. Surprisingly it also shows the two Axelrod and his arch nemesis (Paul Giamatti played by Chuck Rhodes) in an alliance. Showtime has specifically mentioned that in the upcoming Season of Billions everyone is gonna is out and about for vengeance. Ambition and betrayal remain at the core of cast of Season 4, Billions. And all the characters have to pay a hefty price for the same. Before we go any further, check out the trailer below:

The shoe is created by Andrew Ross Sorkin. Executive producers and showrunners are both Brian Koppelman and David Levien. For Season 4 of Billions, we’ll see: Damian Lewis as Axelrod, Paul Giamatti as Rhodes, Malin Akerman as Lara Axelrod, Maggie Siff as Wendy Rhodes, Chuck’s wife and Axelrod’s confidant are back this Seasons alongside the confidant, and John Malkovich (as Grigor Andolov, guest star).

Season 4 of Billions will hype up the plot to a fierce battle for money. It looks like this war of money may leave everyone dead at the end or something. Chuck Sr. (Jeffrey Dunn) is trying to manipulate Chuck to go out and about against all because of everybody who’s playing dirty. And Chuck is not exactly the kind of person who should be doing all this. If Chuck is involved in a war, bad stuff happens.

What’s upbeat about this Season is that ex-enemies Chuck (Giamatti) and Axe (Lewis) are shown clinking glasses. Season 4 of Billions is slated to be out on premiere at 9 p.m. EST, Sunday, March 17 on Showtime.

We will keep you posted if there are any updates on the fourth season of Billions. Stay tuned with us here on OtakuKart. Don’t forget that the show is set to release on March 17, 2019.