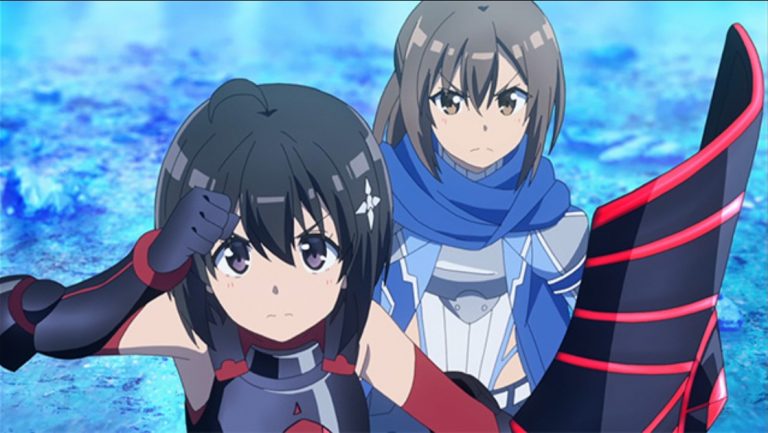 Just when we thought things where over for Bofuri: I don’t wanna get hurt so ill max out my defense, as the season finale aired this Wednesday. A second season was announced which just made fans look forward to when they get to see more adventures of Maple and her friends. This anime made its debut on 8th January 2020 and had just concluded its first season that was originally scheduled for 12 episodes which had just ended on March 25. The Second Season will continue right where Bofuri Season 1 Episode 12 left off as it seems that Maple had made a considerable improvement in her powers. So let us take a quick recap of episode 12 to see how things could continue on in Season 2

Brought down to minimal health, Maple uses a risky counter move to deal with Payne’s damage and send it back at him. Payne manages to withstand the attack, forcing Maple to bring out her Atrocity form to defeat him and the rest of Holy Sword. With all their trump cards out in the open, Maple makes use of her Atrocity form to help her team eliminate other guilds to prevent the bigger guilds from gaining more orbs, assisting the Flame Emperors to achieve that goal, prompting other guilds to do the same. As the event comes to an end with Maple Tree in third place, after the destruction of all the other guilds the event was closed 2 days early. The admins decide to leave Maple alone as she has drawn many new players into the game and many are going to try to be the first to beat her. Maple invites both Holy Sword and the Flame Emperors to join everyone for a celebration and watch the highlights of the event as most of them stars Maple and Maple Tree.

Bofuri Season 1 was produced by Silver Link Studios. The studio is popular for its works on Kokoro Connect, Strike the blood, Wise Man’s Grandchild and Fate/Kaleid. And on top of that, the studio had confirmed that they have plans of taking advantage of the popularity that the first season had made and would wanna pick on the momentum before it is lost.

Shin Oonuma and Mirai Minato will be working together in this project as the directors. Kazuya Hirata will be helping them as the chief animator. While director Kion will be working on the original character designs. Fumo Shimo, who became popular for working on Clannad anime adaptation, will be working on the series composition. For those who have not yet had enough of Season 1, it is available on Crunchyroll and Hulu. If you are a DUB only fan then you can catch it on Funimation as well.

When Is Bofuri Season 2 Release Date?

Bofuri Season 2 is expected to be released in Fall 2020. The exact release date is not yet officially released, but we will keep you informed in case there are any new updates to this. The second season fo Bofuri has been confirmed already and is said to be in production so it is just a matter of time before it starts. The official account for Funimation has also announced on Twitter that Bofuri Season 2 has been officially confirmed.

NEWS: BOFURI: I Don’t Want to Get Hurt, so I’ll Max Out My Defense. Season 2 Announced

The anime is based on the light novel series of the same name and had made tremendous progress lately saw its sales skyrocketing. Another thing that will speed up the return of Bofuri to the screens is its demand and that it still has a lot of content that Season 2 can be derived from. If one could look at the content already adapted so far, only four out of nine volumes have been adapted. So the anime hasn’t even covered half of the Manga content so there is still much more to come.

What Will Happen In Bofuri Season 2?

Bofuri Season 2 will continue the anime and have Maple, who is known by her truer name as Kaede Honjo and Sally: Risa Shiramine take on monsters of the game on a much larger scale than before. This time they will also have to deal with the game bugs and also make new friendships. At the end of Season 1, they both had defeated the two Major guilds and Maple Tree guild had received a lot of respect because of this. So Maple also got the chance to spend the time with the master of each of those guilds.

Maple will also go on an adventure with these guild maters on the next level of New World Online. Level 6 of the game will contain more terrifying areas where demons roam around. As she works together with these guild masters, Maple is reminded of an anomality she once experienced in the past. Just when she was collecting materials with Sally, she ended up triggering a game bug. The admins of the games though seem to have planned ahead for such situations as it has now become a battle of the minds between her and the admins.

When a new event comes up in the game, Maples wanted to go with two other friends but wanted Sally to stay behind this time. So she wanted her to enjoy the earlier levels. To make things much more interesting, she also chose a higher difficulty for this event.

The first season had built up the story up until the 4th volume of the novel. As this series currently has a total of nine volumes, then there is still much more content to be adapted. Although most of which is yet to be officially translated as for now it has no English publisher within the US. As usual, let us wait for 2020 fall to see how the Second Season will be taking the story forward.

Bofuri Season 2 will proceed with the anime and have Maple, who is referred to by her more genuine name as Kaede Honjo and Sally: Risa Shiramine take on beasts of the game on a lot bigger scope than previously. This time they will likewise need to manage the game bugs and furthermore make new companionships. Toward the finish of Season 1, the two of them had crushed the two Major organizations and Maple Tree society had gotten a ton of regard along these lines. So Maple additionally found the opportunity to invest the energy with the ace of every one of those organizations. After the announcement on renewal fans are really excited for upcoming season.

Bofuri Season 1 was created by Silver Link Studios. The studio is well known for its chips away at Kokoro Connect, Strike the blood, Wise Man’s Grandchild and Fate/Kaleid. Also, what’s more, the studio had affirmed that they have plans of exploiting the ubiquity that the main season had made and would wanna single out the force before it is lost. The official record for Funimation has likewise declared on Twitter that Bofuri Season 2 has been formally affirmed.

The main season had developed the story up until the fourth volume of the novel. As this arrangement as of now has a sum of nine volumes, at that point there is still substantially more substance to be adjusted. Albeit a large portion of which is yet to be formally interpreted concerning now it includes no English distributer inside the US. Obviously, let us trust that 2020 fall will perceive how the Second Season will be taking the story forward.

One Piece Teases On The Manga’s Ending