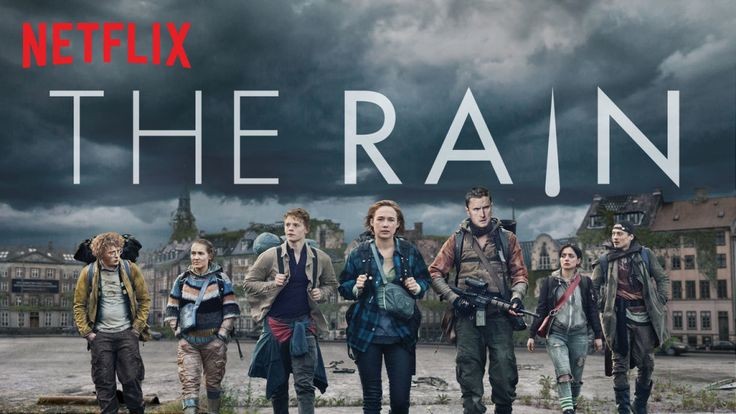 The Rain is all set to return to Netflix for the third time in a while, which will also be the final season of the Danish web series. The renewal of the show was announced by Netflix back in June 2019, after giving a dramatic end to the second season. The uncleared cliffhangers, as well as the other loose ends, are expected to close in the upcoming season of the series. The first season had a total of eight episodes, while the second season had six.

Written by Jannik Tai Mosholt, Marie Østerbye, Lasse Kyed Rasmussen, Mette Heeno, and Poul Berg, and directed by Natasha Arthy and Kenneth Kainz, The Rain has Peter Bose and Jonas Allen serving as the executive producers. Under the production house of Miso Film, the show is produced by Christian Potalivo. If you want to know more about the upcoming season, including its update, cast, and storyline, keep reading the article further.

The Rain Season 3 earlier estimated to premiere on Netflix in May 2020, because both the seasons premiered around the same time— the first season premiered on May 30, 2018, while The Rain Season 2 was released on May 17, 2019. However, the global pandemic is hinting at a delay of at least a few months. So the season will probably release in the latter half of 2020. However, nothing has been officially confirmed about the update, and we will update you on this soon.

The trailer for The Rain Season 3 is not out yet. However, you can catch up with the 2nd season for the time being.

In the third season, we are expecting the re-arrival of significant characters from the second season, including Rasmus, played by Lucas Lynggaard Tønnesen and Simone, played by Alba August. Other members who are likely to reprise their roles are Mikkel Følsgaard as Martin, Lukas Løkken as Patrick, Sonny Lindberg as Jean, and Johannes Bah Kuhnke as Sten.

However, Jessica Dinnage as Lea will not be appearing in Season 3, because we have already seen her sacrificing her life to save Simone, in the last season. Simone’s father Frederik had died too, so we might not see him back.

The Danish post-apocalyptic web television series, ‘The Rain’, features the siblings, Simone and Rasmus, who find shelter in a bunker for six years to save themselves from a virus carried by rainfall that was wiping away almost everyone in Scandinavia. Season 2 deals with the struggles with which Rasmus went through, including the negative emotions and terror that sparked the illness inside him, venting a dangerous virus cloud that aimed at bringing destruction.

Now that Rasmus was imprisoned by Apollon, season three should be focusing on saving Rasmus and the reaction of Rasmus after knowing that her sister, Simone has tried to kill him. The next thing that needs to be resolved in the upcoming season is the fact that Sarah, played by Clara Rosager, has also become a victim of the virus.