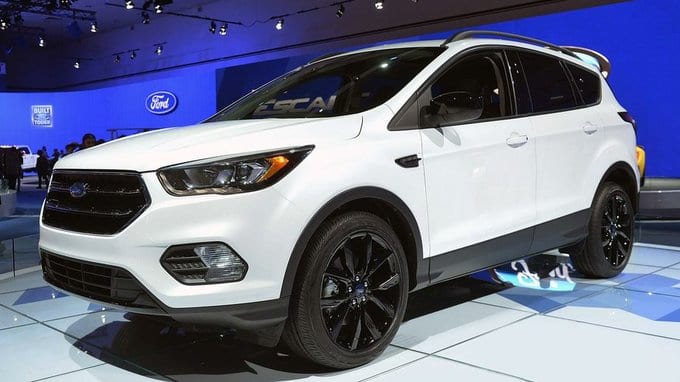 Ford is putting its bets by making the new 2020 Ford Escape which looks more carlike than ever. It has a sleeker design that still maintains crossover proportions, but it abandons any sort of rugged-SUV pretensions. The new Escape’s shorter proportions and smoother lines may make it look much smaller than its predecessor, but it is longer and wider. The roof is slightly lower but the interior space is much bigger. The new Escape’s basic engine is a turbocharged 1.5-liter inline three-cylinder, shared with Europe’s new Ford Focus hatchback, with which it shares its basic underpinnings. A three-cylinder engine in a 3000-plus-pound crossover may sound insufficient but its 180 horsepower and 177 lb-ft of torque are fully competitive with other base engines in this class, and it can tow up to 2000 pounds.

Ford escape pairs with an eight-speed automatic transmission with front-wheel drive or optional all-wheel drive. Ford says that Cylinder deactivation can shut down one of the cylinders and allow it to operate as a two-banger under certain circumstances which improves fuel economy by 6 percent. The Escape CR-V and Rogue offers an upgrade engine option for upper models which makes them even more powerful. Just like before, it’s a turbocharged 2.0-liter four-cylinder, and it makes 250 horsepower and 275 lb-ft of torque, five more horses than this engine in the outgoing Escape. It too uses an eight-speed automatic transmission but comes only with all-wheel drive. It can tow up to 3500 pounds.

All the trims excluding base S come with an 8.0-inch touchscreen with Apple CarPlay, and Android Auto as well as 4G LTE Wi-Fi capability is standard across the board. Moreover, there is also an optional 12.3-inch digital gauge cluster, available on SE and higher trims. USB-C ports are available in addition to the standard USB ports, and there’s an optional 10-speaker Bang & Olufsen sound system. As for the update, it will release sometime this year. The price is also unknown, but I think it will start from $25,000 and reaching above $40,000 with all the extras.