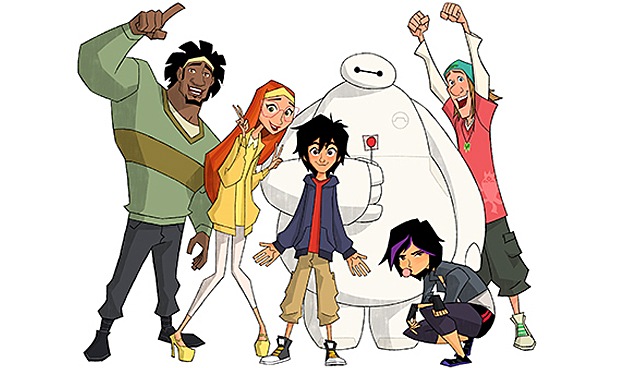 Inspired from Marvel’s comic book series, ‘Big Hero 6’, the superhero comedy show will be returning to the Disney Channel soon with its third season. The series is actually a sequel to the movie of the same name as the events taking place in the series, which is the post-movie follow-up. The series has not impressed the critics as such. However, fans are immensely glad over getting another season of the series.

The show has been executive produced by Nick Filippi, Bob Schooley, and Mark McCorkle, working under the production team of Disney Television Animation. Directed by Stephen Heneveld, Kathleen Good, Kenji Ono, and Ben Juwono, the show has released 46 episodes to date. Here, we are going to talk about the upcoming season of ‘Big Hero 6: The Series’— its cast, plot, and other details that you need to know.

The official trailer of the third season hasn’t been dropped by Disney yet. You need to wait for that. Meanwhile, you can watch the 2nd season’s trailer if you want to.

The main cast from season 2 is all expected to return on the show for reprising their roles along with a few additional cast members whose list will be out later by the makers of the show.

The third season of Big Hero 6: The Series will be released sometime in May 2020. The show was renewed back in April 2019, was earlier estimated to get a release sometime in May 2020. However, due to the Coronavirus pandemic engulfing many parts of the world right now, the show is going to get delayed for sure, we will update you when we have confirmation on this.

Moreover, the production of the series for a new season has not begun yet. The first season of Big Hero 6: The Series came out on November 20, 2017, and comprised of a total of 22 episodes and aired for a year, roughly, while the second season aired from May 6, 2019, till February 8, 2020.

We will soon be updating you on the final update whenever things get official. Don’t forget to get back here to know more.

The American animated TV series, ‘Big Hero 6: The Series’, picks up the storyline that the movie has left, with Hiro and his companions making themselves ready to battle scientifically against more dangerous villains who have spread terror and devastation upon the city. It must be noticed that the series differs from the original movie at a few places, including the fact that Hiro’s aunt, as well as the public, are still ignorant and clueless about his hidden identity of being the superhero.

In the second season, the level of his hardships increased too, and now he was into— thwarting bank robberies and having combats with the tyrannical villains, along with his group of friends.