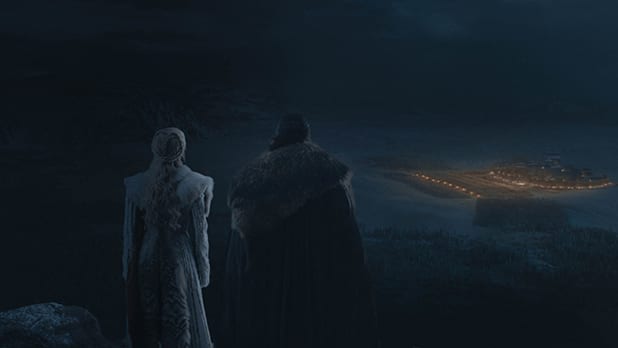 Game of Thrones Season 8 is in full swing already, and next week we’ll look at the biggest battle in the history of TV. The Battle For Winterfell has been talked about a lot over the course of filming last year, and we’re led to believe that this episode took even longer than the Battle of Bastards to film, which is why we expect it to be way better.

As the White Walkers closed in on Winterfell in Game of Thrones Season 8 Episode 2, everyone was ready to embrace death and fight it if possible. That’s where we ended the episode and fans are looking for leaks for the upcoming episode.

There have been quite a few leaks out already, but we don’t know if any of them are legit. I could see some of them being fake, clearly, but some carried a bit more weight to the others. In this post, we’ll be discussing the stuff that we already know about Game of Thrones Season 8 Episode 3, and the stuff that the alleged leaks claim. So, let’s begin.

This is the stuff that we know for sure, will happen:

As the big battle closes in, everyone’s probably wondering who will live and who will die. Well, we have a very good idea of which characters you can expect to live and which one will die. For one, Jon and Daenerys both survive. The Stark children all survive the episode, and we know this because we know they’ll be at the Dragonpit in Game of Thrones Season 8 Episode 6.

Along with them, Davis Seaworth, and Brienne survive as well. Tyrion Lannister is correct with his prediction that he’ll live. He manages to survive this battle, as does Grey Worm. I know there were lots of death flags on him, but he lives. It is Missandei who I’m not sure about. She could very well die, but I don’t know for sure. Jaime Lannister will likely survive because of the Valonqar theory, and also because his story arc can’t end here. Podrick Payne is expected to die, as is Theon Greyjoy and Ser Jorah Mormont.

Moving on to the alleged leaks now:
Again, I want to point out that I’m not sure if this is true or not. But, according to a leaker, the North suffers a crushing defeat in the next episode. Jon fights in the Godswood with Rhaegal, while Daenerys is on the front lines with Drogon. The dead are too many and make it to Winterfell. Daenerys burns lots of wights and Dragonfire does work on White Walkers.

Somehow, Daenerys gets injured and passes out. Drogon defends her by landing nearby and burning everyone. Jon calls for a retreat and Rhaegal helps Daenerys. Rhaegal and Drogon open path for a retreat. Jon sails some survivors to Dragonstone. Most die, while others are left with an unknown fate.