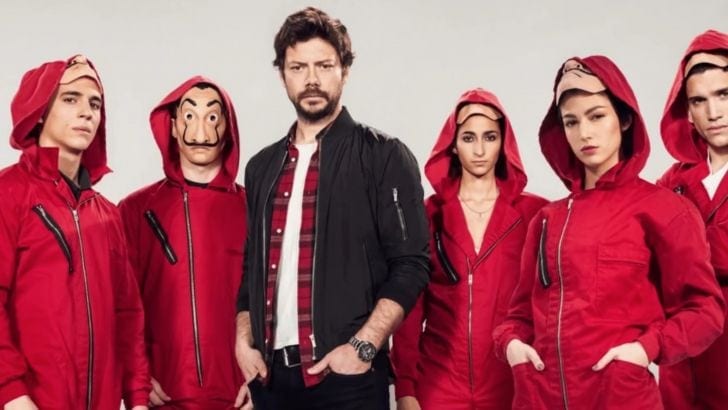 The first two seasons of La Casa De Papel are already on Netflix and fans are now looking forward to the third season of the Spanish crime drama. The show has been interesting since the very first episode and is very enjoyable.

Fans have series taken a liking to this show, and it shows because it has now become the most-watched non-English show on Netflix ever. This says a lot about how good this series is, and you can’t even blame fans for wanting a third season soon.

In this post, we’ll be discussing all the rumors and information that we have on La Casa De Papel or Money Heist. This post may also have some spoilers, so please continue only if you don’t mind spoilers.

If spoilers bother you, this post isn’t for you, and I suggest that you should skip to the update part. With that out of the way, we can get started.

First things first, La Casa De Papel had already been renewed for a third season last year, and we’re expecting it to drop soon. Earlier, the series was produced by Antena 3, but from now on, it is classified as a Netflix original series.

We don’t know how many episodes will be in the upcoming third season, but we hope that we get at least as many episodes as the second season of the show.

The sad part is, Netflix hasn’t announced an official update for the show yet. We might have to wait for long periods to get one. What we do know is that the show will arrive sometime in 2019, so we’re very excited about that.

According to Netflix: “After the global success of Part one and two of the Spanish heist sensation, the Professor will develop new heists that will be unveiled in 2019.”

It is very well known that the show has been into development since a long time. But finally, we now have many more details to share with you all. We finally have a update for the next season, which is 19 July 2019. Also, there is a teaser which has been released by Netflix. You can take a look at it below!

With the new season coming out, we are expecting some more experiments and heists from the professor. Also, they are calling the new episodes as part 3, and it is said that the first two parts were of the first season. Hence, the upcoming season would be second. Nonetheless, it does not matter which number it is, as long as we are getting new episodes.