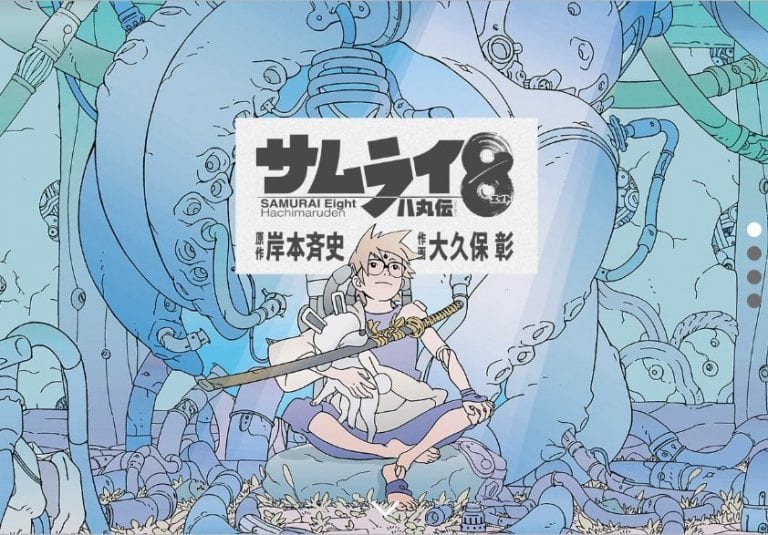 Samurai 8 finally began last week, and it definitely lived up to the expectations that Naruto had set for it. I enjoyed reading the first chapter a lot, and i can’t wait for the second one to finally begin! This week, we’re getting the next installment in the manga. Along with that, we’re getting a new color cover, with 33 pages, which is almost twice as long a normal weekly chapter. As you can see, we’re in for a treat. So, let’s begin discussing Samurai 8 chapter 2 now, shall we?

In the next chapter of Samurai 8, we’ll see a new character being introduced. Obviously, we’ve seen two main characters already, but that’s not enough. This is a Shounen manga, so there will be a lot more characters who will join Hachimaru on his journey, and we’ll meet some of them in this week’s chapter.

It seems someone comes down from the skies in the second chapter of Samurai 8, and it appears to be a girl. She meets with Hachimaru, and even though they won’t get along right away, I have a feeling that she’ll end up joining him on his journey. The next chapter is going to be very interesting in my opinion. I hope that the story gets even more interesting from here on out, and we get some great action in the next few ones.