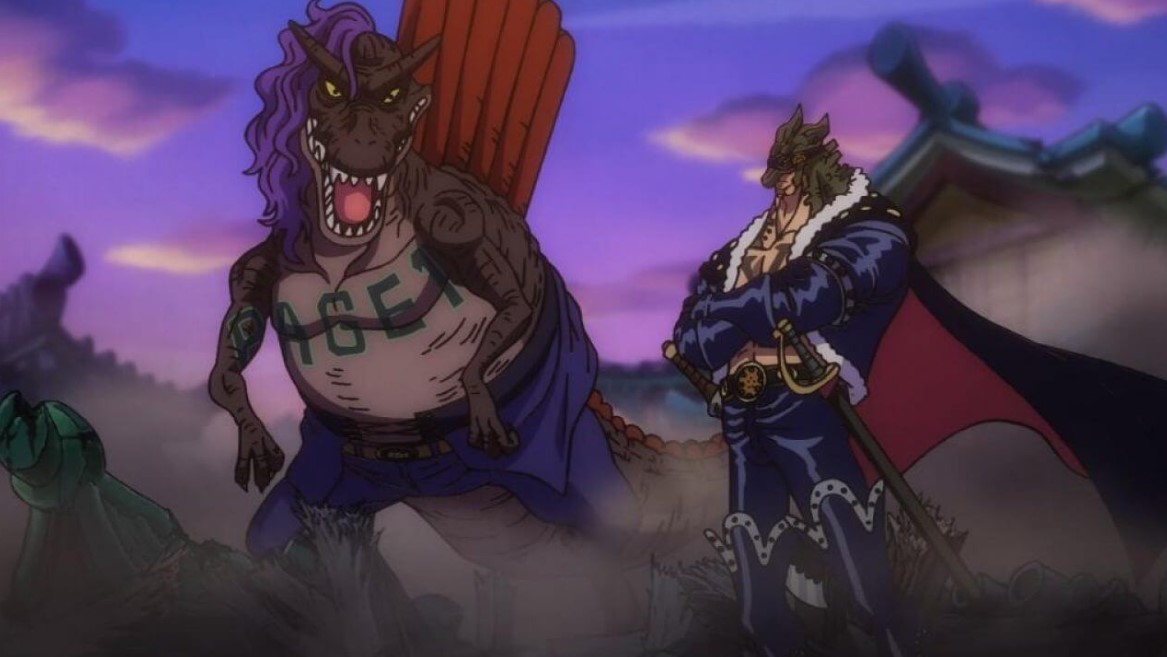 With most of the Shonen Jump mangas continuing their weekly schedules. One Piece is still sticking to its newly adapted bi-monthly schedule and continue to release only two chapters each month. Despite all that, things are turning out to be more interesting as each chapter comes up with more information that the fans have been looking forward to for some time. The latest chapter revealed some interesting news as the Straw Hats and their alliances’ have finally infiltrated Onigashima.

In this post, I will be bringing you the latest developments and updates about One Piece Chapter 980 update, spoilers, and what you could expect in the upcoming chapter as it is only a few days away from its release. This means that soon, One Piece 980 spoilers will be out and we can get a glimpse of how things are going on in Onigashima as the Ninja-Pirate-Mink-Samurai alliance’s plan is going well so far. 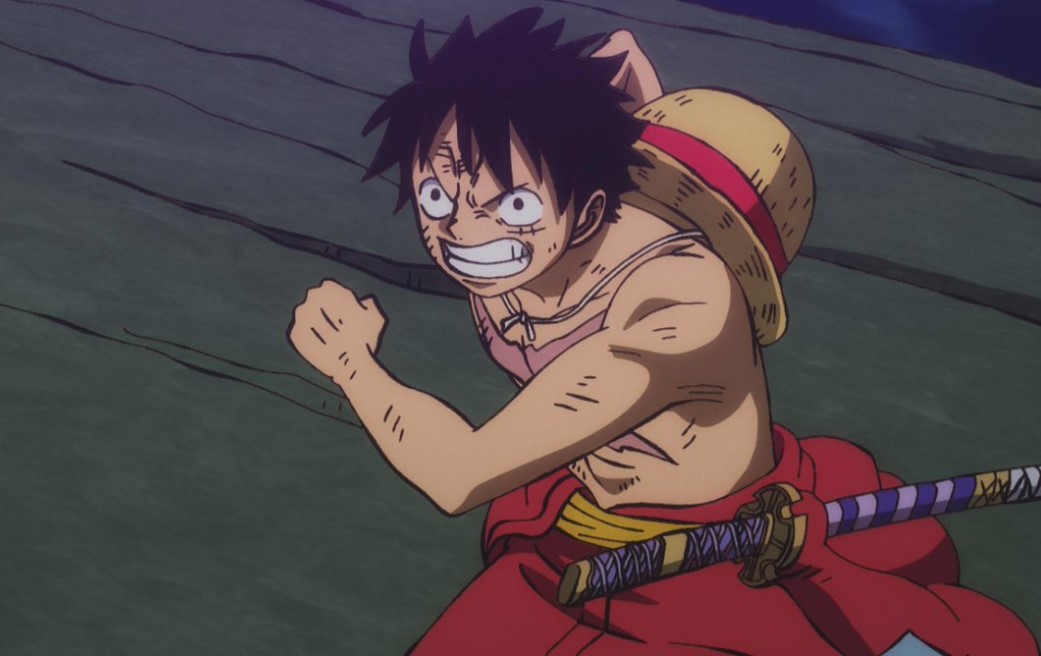 One Piece Chapter 980 will be released on Sunday, 24 May 2020. Recently the manga has adopted a bi-monthly schedule where there is a one week break between each chapter releases. So things will be going on like this probably for some time as the impact of COVID-19 still shows within the anime and manga industry. So far we have not had any updates about One Piece 980 spoilers as they are not out yet. Keep in mind that as soon as the spoilers are out, we will update this post accordingly.

It has been a while since the last chapter was released. Fans’ theories were also made and centered around the development of the Onigashima raid. And when the full chapter was released, we got to know more about the Onigashima raid plan. Of which according to Law’s planning seems to be a full-scale attack that will happen in stages. One can tell that this is going to be a very big fight. And to make things more interesting. The beast pirates have not yet noticed a thing so far.

The alliance that is launching the raid has four groups which will attack Onigashima in all fronts. And Knowing Luffy, Law has placed him in the front as he will be easily noticed and has a hard time staying calm and collected. With Kid on the move as well, his actions are already accounted for. So Law and his group will strike from the back while Luffy and the Kid pirates will attack from the front and the two other groups will take on the sides.

Well, this sends a strong message as the Beast Pirates are now surrounded in Onigashima and there is no escape. So this is likely going to be a fight to the death. Luffy’s team has managed to infiltrate successfully and with the help of Kinemon. They managed to disguise themselves to look like the members of the Beast Pirates. On the other hand, Kanjuro has never been to Onigashima and is having a hard time reporting in about the Ongoing raid. 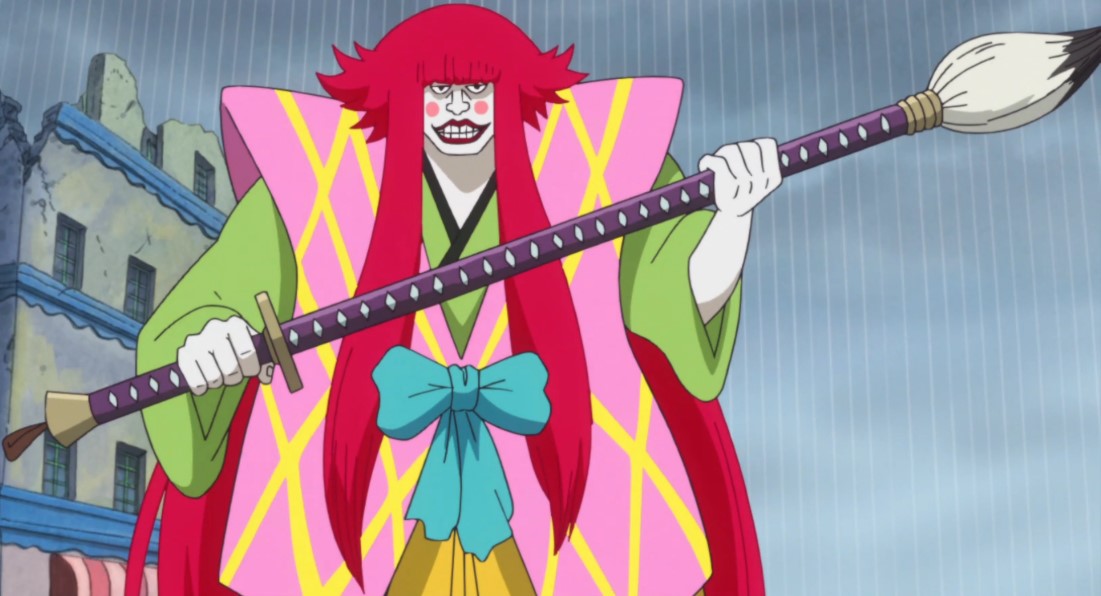 One Piece 979 left us when Luffy was enraged at the behavior of the Beast Pirates as they were having banquets, wasting food, and making fun of the people back in Okobore town. From the looks of it, this will likely blow off his cover as he is about to start a fight. On the other hand, Kid left for Kaido, and Luffy followed to stop him as he doesn’t know about their full plan yet.

To make things worse, Zoro followed them to make sure that he prevents Luffy from blowing off his cover. Bus as we know him, he will most likely get lost and end up somewhere else by himself. The other groups that moved to attack Onigashima from the back and the sides have not yet reported their progress. But it is likely that they will infiltrate without many difficulties as most of the guards have been eliminated.

There also appeared to be a mysterious figure tracking Robin and Franky’s group despite their disguise. And so far it has not yet been revealed who it could be. So that is another mystery that One Piece 979 brought to the table. The search for Kaido’s Son Yamato still continues and King has a festival in preparation for whoever finds him. They will go up against one of the All-Start for a position to whoever wins. Kaido also has a big announcement he is waiting to make.

Now with all the things brought up together, it looks like the infiltration part will be coming to pass. But we are yet to see how the other groups are doing. Luffy will likely start a fight that will likely blow off his cover. And with Zoro lost he might start chaos wherever he might end up. Kid went for Kaido, and so far we are not yet sure if he has been to Onigashima before. 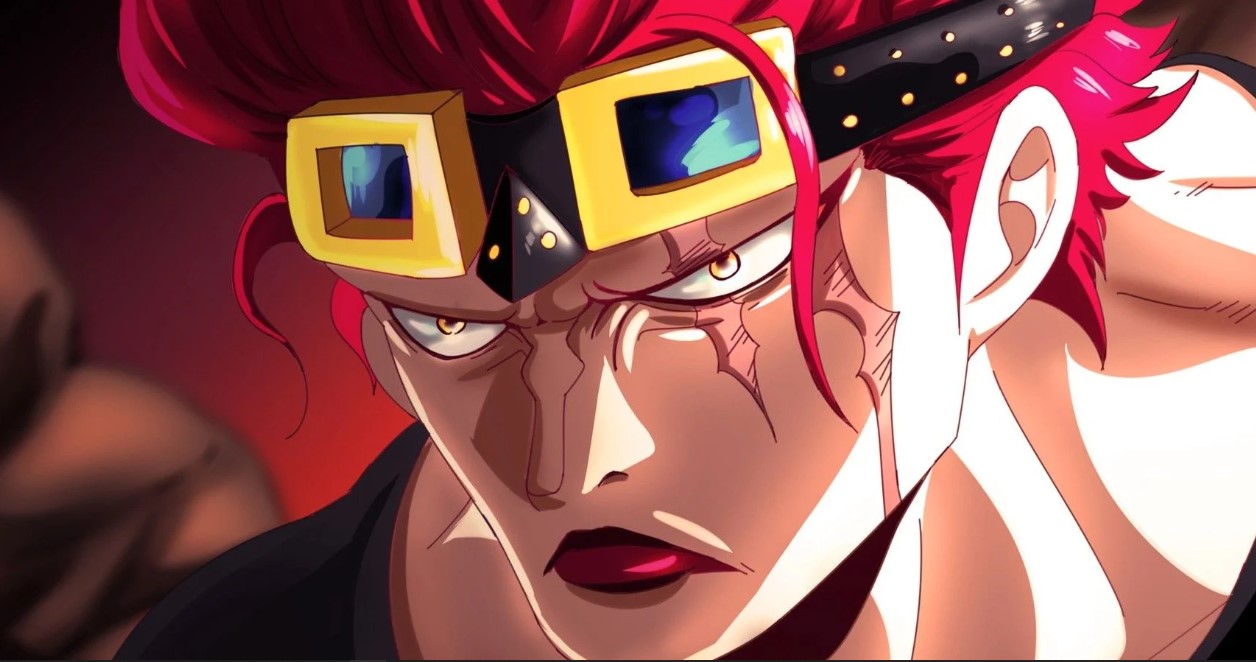 In which case, if he knows where Kaido is, then he is likely to go in barging and start trouble again. So the crucial play in this situation lies in what will happen on Luffy’s side. Because as soon as his cover is blown Orochi will likely be informed and then the fighting will start. In Kaido’s mansion, there is an impending fight for the position of the All-Stars as soon as Yamato, Kaido’s son is found.

So the events that are more close to coming up now is the situation where Luffy is, he is about to start a fight, which he always does all the time. The progress of the other three groups on their infiltration, which will likely not that be chaotic. And the fight that is about to happen when Yamato is found. Well, this one might take some time because we have not yet met Yamato and we still do not know what kind of a person he is.

According to what Kaido says, he left by himself. So even if he is found we are not yet sure if he will comply and come back to Kaido’s mansion. So he might resist, which might cause some fighting as well. So this part might take a while to come through. And before things heat up, we will still get the progress on how the other fronts are doing as there have not been any updates so far. Well, the next chapter is only a few days away and it is coming out this weekend.

The spoilers can come out any day from now. So if you can’t wait to find out more, just stay tuned. We will update this post with the spoilers as soon as they are released. A lot of crucial events are likely to come up in One Piece 980. So let us wait to see how those things will turn out to be.

The chapter title is “Tatakau Music” (Fighting Music) the attack that Apoo used with Kizaru in Sabaody.

The chapter has 17 pages including 1 cover page and 1 double spread. The first 8 pages are dedicated to Luffy & Zoro fighting the beast pirates fodder

– Lola asks Gotti to marry her in the cover page

– Zoro is about to try and calm Luffy down, but he gets furious too when he discovers the oshiruko.

– Queen wants to eliminate one member of the Tobiroppo, so he says he will give that empty chair in Tobiroppo to the one that catches Luffy and Zoro.

– There is a Wolf Smile user, he’s like Holdem with a wolf in the abdomen.

– There are a lot of new Smile users, like a gorilla, a giraffe or a mantis .

– Apoo hits Luffy in the face with a sonic wave, then he cuts Zoro and finally he sends a explosion toLuffy.

– Kid and Killer see all the chaos. Kid decides he will go for Apoo, Killer tries to stop him.

– Kid goes after Apoo, he wants to kill that traitor.

-Luffy is totally OK at the end of the chapter. Zoro gots the cut because he can’t see or predict Apoo attack.

About Apoo’s attack, it’s the same he used with Kizaru but with an extra attack. Full attack name is “Tatakau Music: Scratch, Bon, Shaan, Doon”. The first attack is new, it’s “Bon” (殴 punch kanji). Apoo sends a sound wave like a punch to Luffy’s face. Then he uses “Shaan” (斬) to cut Zoro and finally “Doon” (爆) to send a sound wave that cause an explosion near Luffy. The same he did in Sabaody with Kizaru. (By Redon)