Demon City Shinjuku is one of those movies which you remember to be cool, but then when you go and revisit it, you are only met with disappointment. It baffles me that some guys sat in a room, read the script, and approved it. However, if you have very fond memories of this movie, I recommend you rewatch it just so you can understand my pain. On the surface, this movie has everything going for it. It’s directed by Yoshiaki Kawajiri, you know the guy who directed Ninja Scroll, Bloodlust, and Animatrix. The story is based on the novel series written by Hideyuki Kikuchi, the guy who wrote the Vampire Hunter D series. There is a lot I didn’t like about this movie, trust me, I wanted it to be good. So let me elaborate.

Here is the summary- Guy goes to a demon city and kills the demons in it. Not kidding, that’s it. The movie, however, does start spectacularly. Two guys are fighting on top of a building, it’s fast, bloody, and has flashy and fluent animation. It sets up the tone and aesthetic of the movie perfectly, but it’s all downhill from there. If I just went ahead and narrated the whole story to you, it would be way more interesting than actually watching it. The reason is the movie sets up a lot of stuff but never delivers. Everything happens because the plot needs it to happen. And if the story runs out of a central motive midway, a character will come, dump exposition, and vanish. It is also paced horribly.

One moment the MC is eating ramen in a shop while the TV is dumping exposition and is setting up the world of the movie, which is also never talked about again and never explained either, and the next moment he is slashing coca-cola cans with his “powers” which are also not explained at all. The movie constantly throws around the fact that the main guy possesses some great power, but it is never explained how it works. I think it’s just force from star wars because the main baddie of the movie keeps on saying “come join the dark side”.

The pacing is just abysmal, and it’s more apparent in the 3rd act of the movie. I don’t even know what structure it is following. Right before the main fight, the female heroine frees the souls of the damned, how? You should know better at this point. And that scene doesn’t belong there, there is no reason for it to exist, and that can be said about any scene of this movie. And the climax is the most anticlimactic thing I have ever seen. The MC swings the sword once, and the villain dies. Yes, he dodges his laser slashes initially, but that’s not fighting. So, if you are looking for an enjoyable story … don’t look for it in this movie. 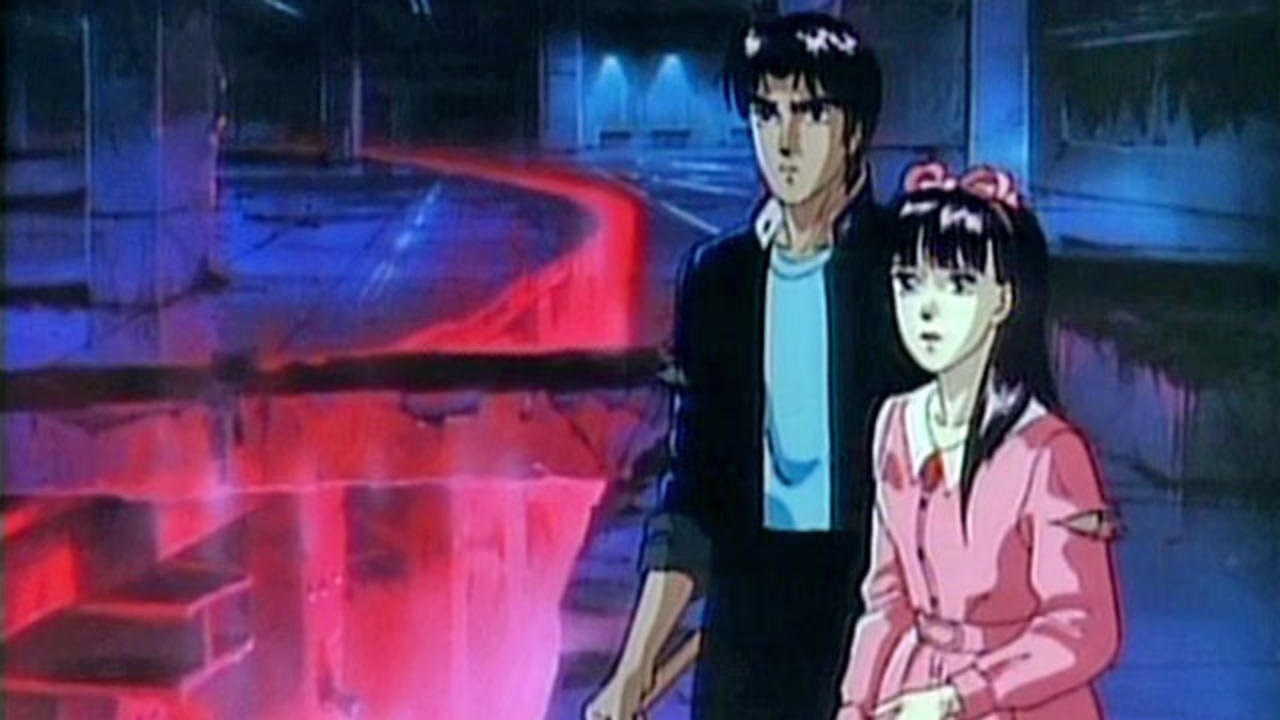 What can I even say about that? They are dummies. If you read some of my articles, I always mention that this x or y anime has a good female protagonist and that anime generally have really bad ones. Sayaka is the bad female protagonist I am talking about. If Balsa from Moribito or Kusanagi from Ghost in the shell is on the top, then Sayaka is way down with Murano (from Parasyte). Her only reason for existence in this movie is to get attacked by monsters and…well, give exposition. But to be fair, none of the characters have anything to define them, including the main character. I don’t know a single thing about this guy. Apparently, he is a pervert, but that is never brought up, and why would you even set up such a sleazy character trait only to forget about it after 2 seconds. As for the villain, well, he does nothing throughout the movie except lie on a red satanic symbol, and then the MC kills him. Oh, he has a backstory though, guess how it is delivered through expository dialogue.

Then there are the side characters, who are just so bad. They are here either to die or give plot points, in some cases, both. There is a kid character who has no purpose whatsoever, a mysterious guy who just shows up and says, ” I see, there is a demon here” and then vanishes. There is a president (whose daughter is the main heroine, btw), he is just crucified throughout the movie, and he pops up in some random scene for no reason. So in terms of characters, this movie has no characters. It has wooden planks.

The only reason why I didn’t turn off the movie in the middle was the animation. It is gorgeous. This movie does not deserve such good quality of animation. Each scene oozes personality. The city of Shinjuku feels eerie and atmospheric because of it. The ruined city landscapes and the rotten mannequins all help create this post-apocalyptic atmosphere which is just mesmerizing. And it’s not just the city, the characters are also drawn super well, the monsters look cool, and the fight scenes (even if they boil down to a single attack) give you a faint sense of excitement. But it all falls flat because of the story and the actual writing. I wish I could go on and on about it, but nothing is backing it up. Visual storytelling can go only so far, and when there is no story to tell, how can we expect anything like that from the visuals.

Maybe it’s the cel animation fanboy that is speaking here, but I have always preferred this kind of animation. It has a different feel to it.

This review might have felt more like a rant, that is because I hated this movie. There is no sugar coating that fact. However, I don’t mean to disrespect anyone who loves this movie because, well, art is subjective. The writer of the novel on which the movie is based is really good, and I loved Vampire Hunter D. I haven’t read the book on which this movie is based, but I guess that they might have cut a lot here. Might give the book a try. As for the movie, I can’t recommend it. The animation is good, but everything else about it doesn’t work at all.