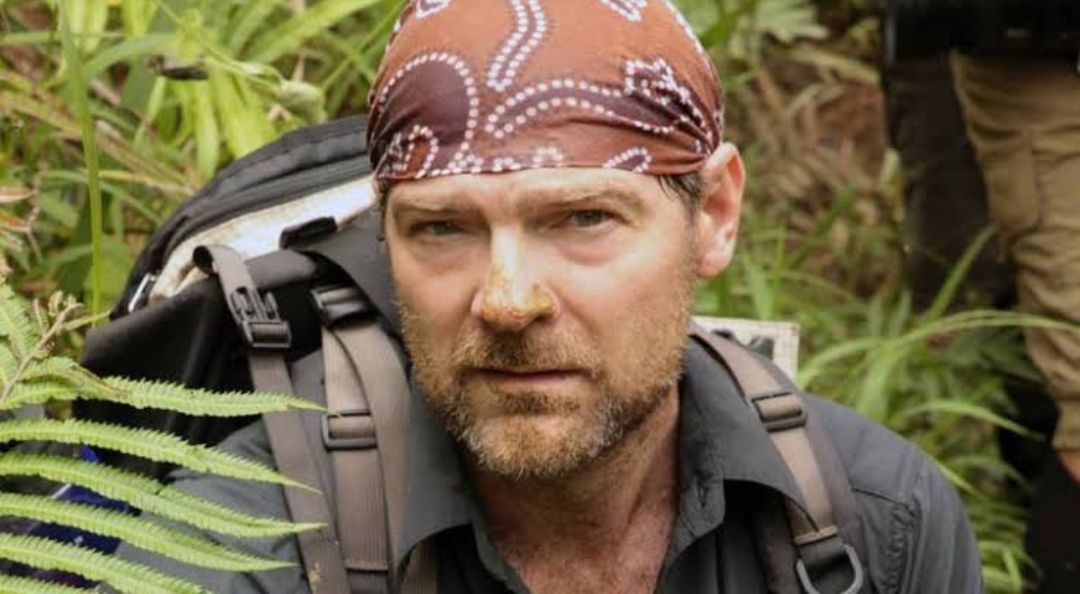 With several new survival shows hitting the screen each year, the genre has started to gain immense popularity. The thought of being left in an isolated inhabited place like a jungle or desert for a few days already gives rise to a feeling of excitement and fun among us. However, is it as easy as we think? Absolutely not! If you are a fan of Bear Grylls or Les Stroud, you must already know what it takes to be a real survivor. There is plenty of survival shows out there and it can be hard to pick out one. Therefore we have brought to you a list of the top eight survival series of all time that will give you the excitement of being in the wilderness. 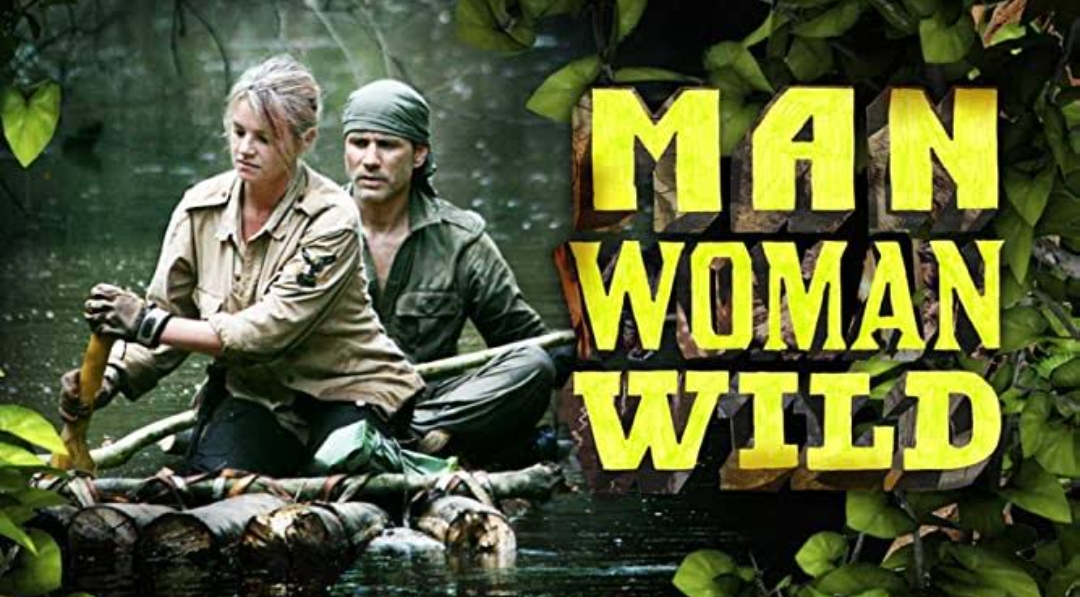 The show stars an ex-survival expert of the US Army Special Forces, Mykel Hawke and his wife, Ruth England who is his television journalist. The show follows Hawke teaching his wife to survive half a week in wild and inhospitable places all around the world with limited gears. He teaches her some of the necessary survival tips and tricks like igniting fire without the help of matches or lighters, consuming unorthodox forms of food like insects and wild plants, and finding and treating sources of water. For dealing with emergency situations, a crew remains on stand-by all the time during filming. The show was cancelled since the couple found it very difficult but were back in another survival series named, ‘Lost Survivors’ in 2014. You can watch all the episodes of the series online on Prime Video or buy them on the iTunes store. 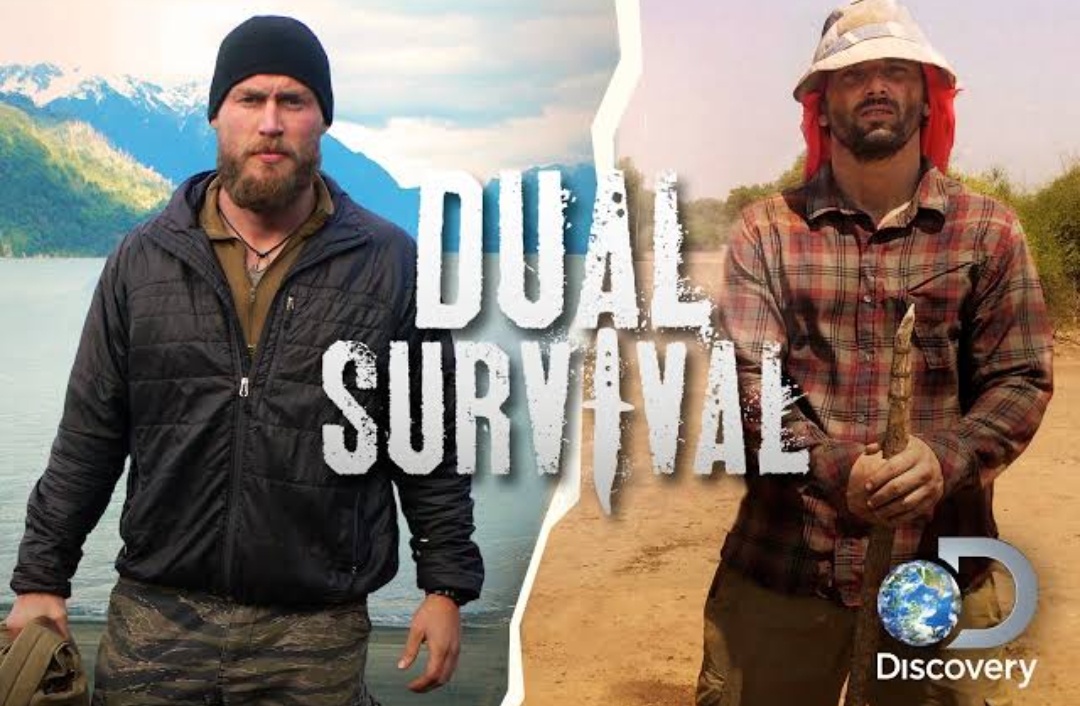 This reality TV show features a pair of survival experts who confront challenging environments in predetermined survival scenarios. The first season of the show starred Dave Canterbury and Cody Lundin who used different techniques to complete their survival challenges. Although they belong to two very different backgrounds, they survive together, the scenarios which involve lost hikers, trapped divers, marooned sailors and stranded mountain climbers. Just like most of the survival series out there, ‘Dual Survival’ too, provides the experts with the least amount of equipment or food and water since they are tasked with finding the necessary things in their surroundings and demonstrate how to bring them into use and stay alive. In the last season, EJ Snyder and Jeff Zausch were cast as the survival experts, who previously starred in ‘Naked and Afraid’. You can check the series out on Prime Video and Vudu. It is available to watch for free on YouTube. 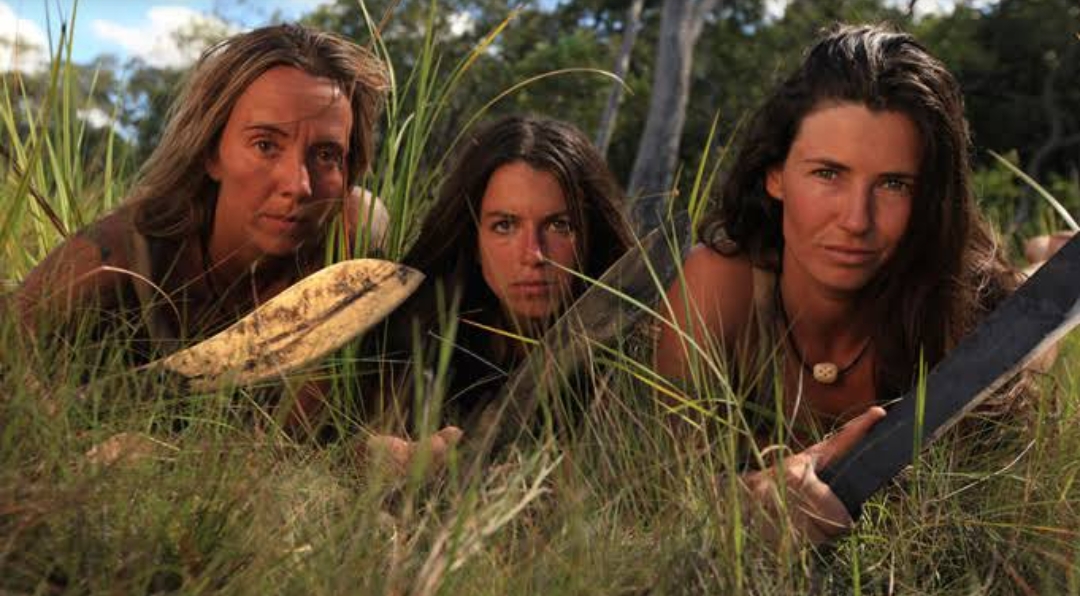 Naked and Afraid is a compelling as well as weirdly entertaining reality TV show that revolves around the lives of two survivalists in each episode who are complete strangers to each other but must survive 21 days in a wild surrounding with no clothes on. Each of the survivalists can bring an item of requirement with them like a machete or a fire starter. Together, they need to build a shelter to live in during the course of time and look for food and water. Neither are they allowed to take any help from the camera crew who are present for the filming nor can the crew intervene except for absolutely necessary situations like medical emergencies. If the survivalists complete the challenge, they are picked up by a helicopter or any other vehicle that is favourable to the environment, on the 21st day. The show is available for stream on Prime Video, Hulu and Vudu. You can also watch it for free on YouTube. 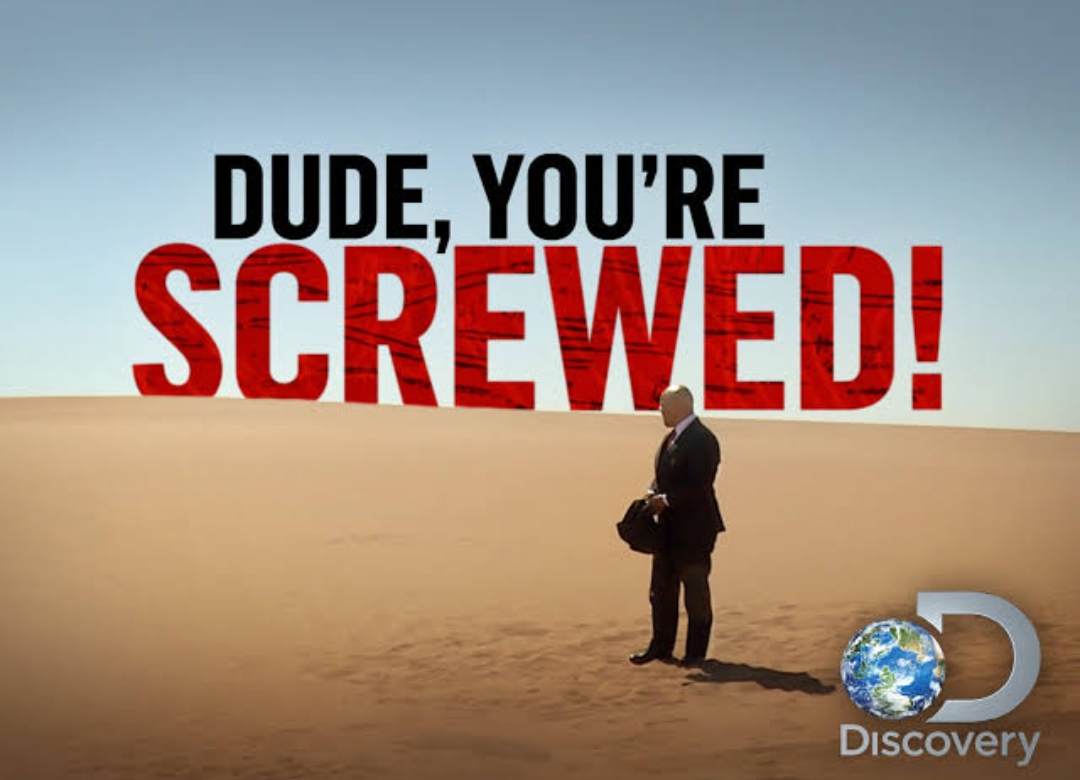 ‘Dude, You’re Screwed’ features a competition between several survival experts where they are asked to drop each other in dangerous places of the world taking turns. The hosts of the series who are survival experts as well, get the chance to participate as a contestant in the show, some of which are— Casey Anderson, Matt Graham, Tom Moore, John Hudson, Terry Schappert, Jake Zweig and Chris Swanda. The competitors need to find civilization within 100 hours with the help of a survival kit, and some other items which they want to carry. The show is available on YouTube for free, and on other streaming sites like Prime Video and Vudu. 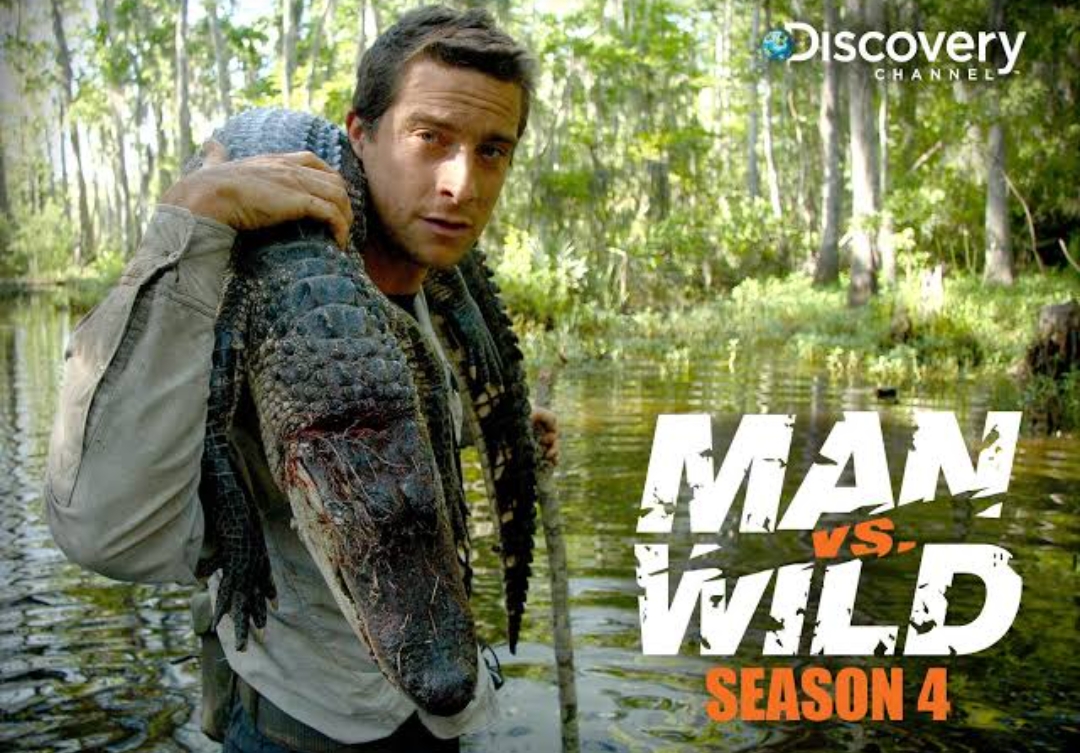 The show, ‘Man vs. Wild’ features the British adventurer, writer, businessman and television presenter, Bear Grylls who makes use of his daring spirit and military training to do whatever it takes him to survive in the harshest conditions. However hard the situation be, ranging from sustaining a thunderstorm in the middle of an ocean on a raft, finding a path to escape from an active volcano to hunting raw insects and other deadly delicacies to eat, Grylls confronts them all. The focus of the series is to deliver tricks that can be used by ordinary people whenever they need to survive a similar situation in future. Although the series got cancelled back in 2012, Netflix brought back Grylls in a similar interactive series titled, ‘You vs. Wild’ which features eight episodes in all with a runtime of 20 minutes each. All the seven seasons of the show can be watched on Prime Video and YouTube. 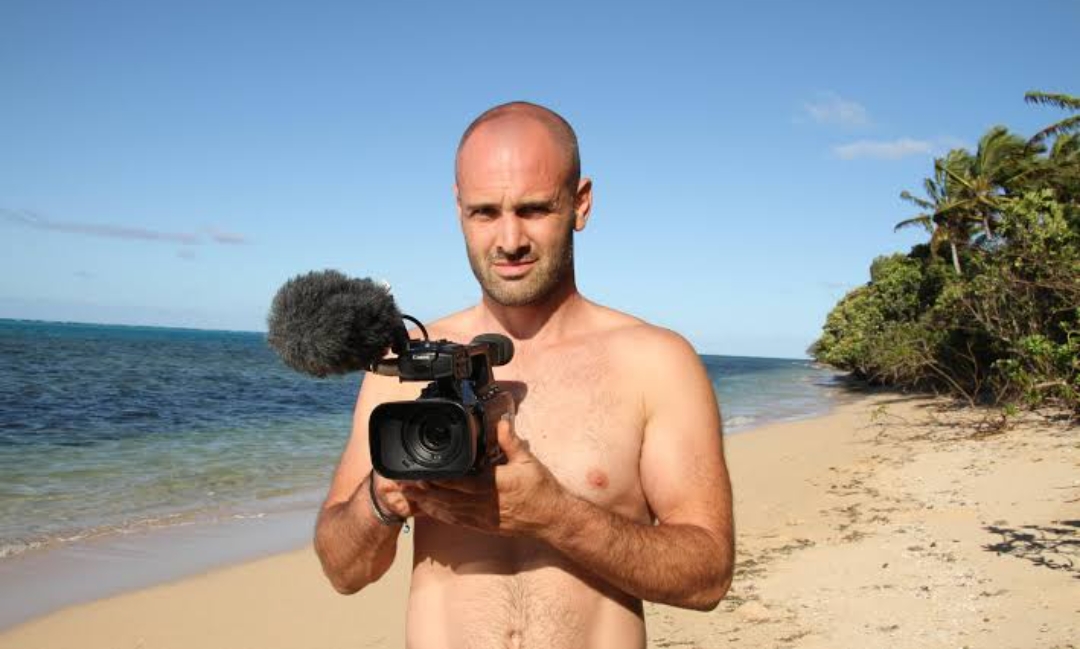 The show follows a British explorer, Ed Stafford (who has made a Guinness World Record for being the first individual ever to walk the entire length of river Amazon) who sets out in his journey to remote destinations away from the human population, all around the world in order to test if he can sustain himself there on his own in complete solitude and thrive under the harsh environment for ten days. He is not allowed to take any food or gears for his use (not even clothing was not allowed in the first season). He was permitted to carry his camera for filming, an emergency medical kit and an emergency satellite phone. Ed Stafford had managed to spend sixty such days on the deserted tropical island of Olorua lying in the Pacific Ocean, in the first season of Marooned With Ed Stafford. You can check the series out on Prime Video. 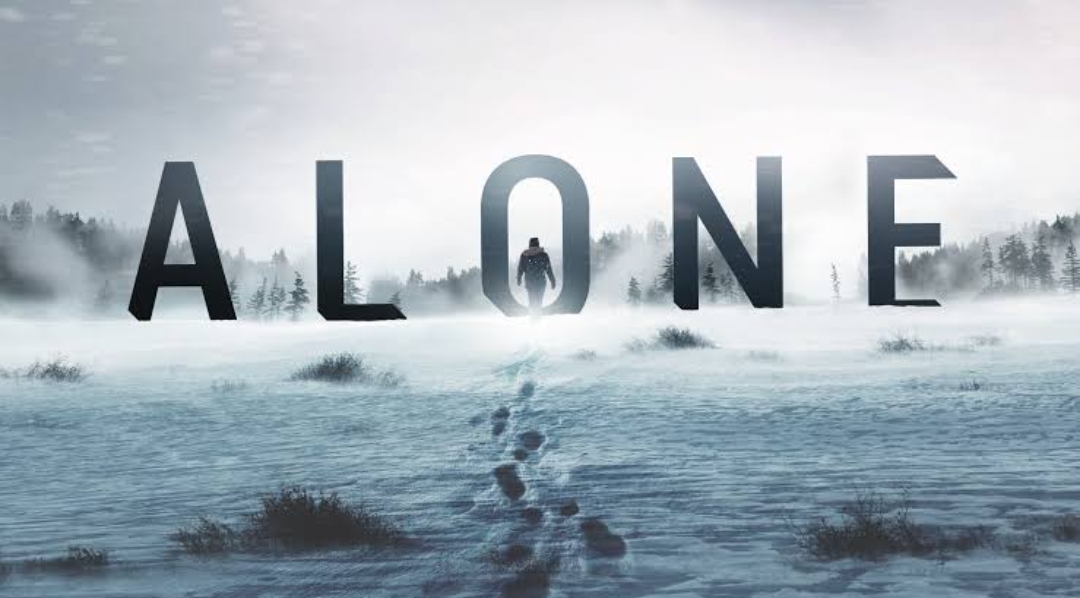 One of the most popular survival shows out there, ‘Alone’ chronicles the daily struggles of ten individuals each season who have to survive in the wilderness all alone as long as possible. The participants are provided with a limited amount of survival equipment and except for the medical check-ins, they remain isolated from each other and other human population as well. The format of the show is more like a self-documentary, which means there is no camera crew who would follow the participants in the wilderness, instead, they would keep on recording themselves for thousands of hours. The participants are allowed to quit the game anytime or can also be removed in case they fail a medical check-in. The one who survives the longest in the challenge wins prize money of $500,000. You can either tune in to History channel to watch the show or can stream the episodes online on Netflix, Prime Video, Hulu, History website, Vudu and YouTube.

Survivorman has been based on Les Stroud, a filmmaker and survival expert who brings his knowledge and skills of surviving into use to live alone in remote areas with a minimum amount of food, water, shelter and equipment. The man facing challenges in the wild for up to ten days while dealing with mental, emotional and physical stresses simultaneously, with the help of his wits and stamina to keep him going— is definitely we can root forward to watch. The location is scouted and planned by Les Stroud himself along with his team. Not only this, but he also films all his episodes on his own, consulting with the natives of each area and the survival specialists. You can watch all the seasons of the show on Prime Video with a subscription fee.