Wynonna Earp Season 4 episode 2 had a shocking twist planned in store, and the boss revels their true intention behind that. 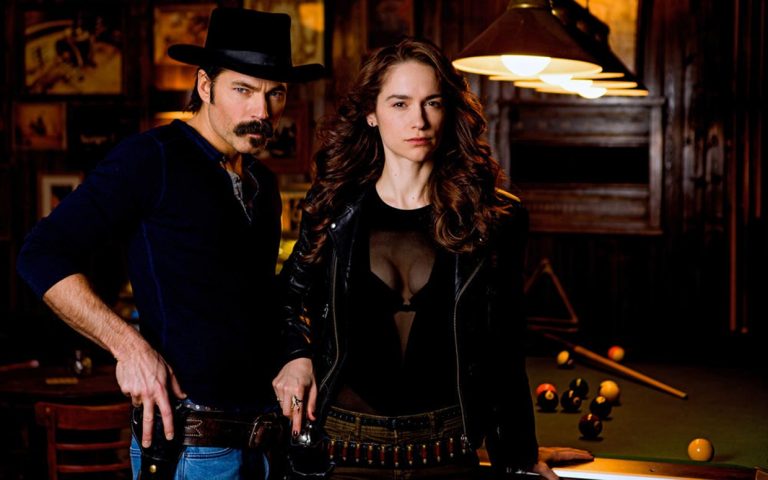 Wynonna Earp returned with its fourth season on CTV Sci-Fi Channel and Syfy on the 26th of July 2020, and it kicked-off with a bang. The current season has released two episodes so far, and fans are made realized that this season will be a lot more intense from the earlier ones right from the get-go, and if reports are to be believed, season 4 will go newer heights in the upcoming episodes. The second episode added a shocking twist, and finally, the boss has provided an update regarding it, and we are glad to share it with you.

Episode 2 of Wynonna Earp is titled ‘Friends in Low Places,’ and the episode was pretty interesting, as it kicked off with Wynonna entering into a portal in order to save her sister (Waverly played by Dominique Provost-Chalkley) and Doc Holliday (Tim Rozon). However, things didn’t go as smoothly as they might have expected when the trio was intervened by a shapeshifter Eve. Things could’ve been worse, but the trio managed to reach the Purgatory but the trio was scattered in different places.

The major twist came into light, when they reunited, as Nicole revealed to Waverly that one year six months have already passed since they last met.

Finally, the boss has addressed this twist and what their plans were behind the twist. In an interview, Emily Andras revealed that they planned the specifics to make sure that they had enough time for the characters to undergo a ‘change.’ Emily added that they were ‘intrigued’ by the story angle of how the other characters managed to survive without their friends, and how they’ve changed, but at the same time, a 40-year gap would have been too much, so to tone it down and yet achieving the same results was the plan from the beginning.

She went on about the twist and added that they wanted ‘to be mean but like Wynonna Earp-mean,’ and a year gap was perfect, as its enough for somebody to have a change in their behavior towards their close friends, if they were absent for that time frame. Emily also revealed that not much is known about the other characters that include Robin, Jeremy, and Nedley, however, she teased that Nicole has changed the most out of all the characters.

Wynonna Earp has been a major hit so far, and all of the previous three seasons were favored with positive reviews, so it’s only natural for fans to have high expectations from season 4. Season 3 got an approval rating of 100% and an overall score of 8 on Rotter Tomatoes, so it will be interesting to see how season 4 shapes up.

All of the previous three seasons of Wynonna Earp featured a total of 12 episodes. Season 4 will follow the same patterns.