Josephine Jobert address her return on Death in Paradise Season 10

Death in Paradise has been renewed for the tenth season, and a fan-favorite character will be making her return. 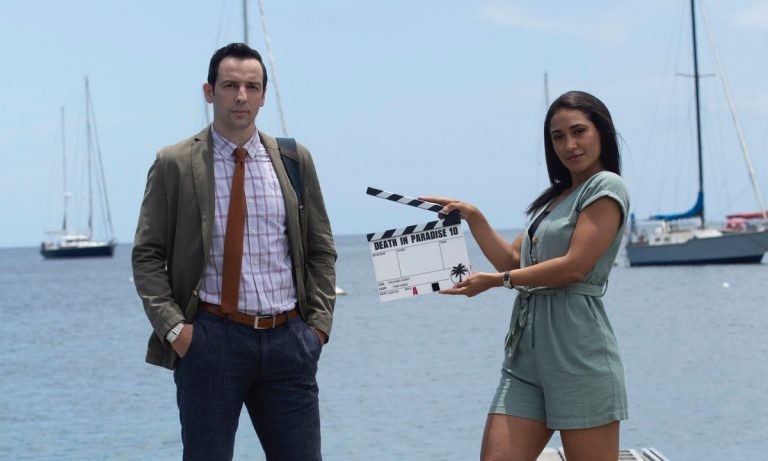 Death in Paradise just concluded its ninth season and with season 10 on the horizon, fans have been wondering what the story could be like and who will be returning for their respective roles in the drama. One of the interesting developments has been centering the return of Josephine Jobert, who will make her much-awaited return in season 10, and the fans of the show are surely hyped to see her back in action since her exit two years ago.

Although you might be rejoicing about her return, you might be worried about the duration of her stay, and whether she will be returning permanently or not, so worry not, as we have brought all the latest update regarding the topic.

According to the latest updates, in the upcoming Death in Paradise Season 10, the new detective, Neville Parker will be having a hard time setting on the island, and it’s then that Jobert’s character, Sergeant Florence Cassell will come into play. The moment it was revealed, a fan posted on Instagram about the ‘permanent’ return of Josephine, however, the actress was quick to clarify that show doesn’t know whether she will return for permanent or not. According to her, her status is currently not decided, and she will appear ‘very early in the episodes.’

According to other speculations, she will be one of the main characters for season 10, and the creators will eventually come up with a storyline to keep her relevant beyond the season. Apart from her, all other cast members are expected to return to reprise their expected roles except Aude Legastelois-Bidé, Ardal O’Hanlon, and Shyko Amos.

Death in Paradise is a British French crime drama series that returned with its 9th season in January 2020. Created by Robert Thorogood, the show made its official debut back in 2011 and has been pretty successful over all these years. With season 8 averaging 8.14 million views, the show was given a green light for the 10th season.

Season 9 consists of 8 episodes which are as follows:

Season 10 of Death in Paradise is expected to follow the same pattern.

Death in Paradise Season 10 is expected to release sometime in the first half of 2021. We will keep you posted with the official release date as soon as the announcement is made.