The trick is a horror movie that released recently and it wasn’t received well by the fans or the critics. The movie has been co-writing by Lussier and he has his Drive Angry co-scribe Todd Farmer. The movie has been produced by The film is produced by Ita Kennedy and Ellen Wander. RLJE Films were extremely excited for the movie’s release. They said in an interview that “We’re excited to release Trick just in time for Halloween, With thrilling plot twists and turns.”

They further added, “Trick will have audiences grasping the edge of their seats and will be the start of a terrifying new franchise.” Moreover, for this movie RLJE Films’ Ward and Jess De Leo negotiated the deal with Wander and Jordan Dykstra of Film Bridge International on behalf of the filmmakers. As for the cast of the movie, it consists of Omar Epps as Detective Mike Denver, Ellen Adair as Sheriff Jayne, Kristina Reyes as Cheryl Winston, Jamie Kennedy as Dr. Steven, Tom Atkins as Talbot and Todd Farmer 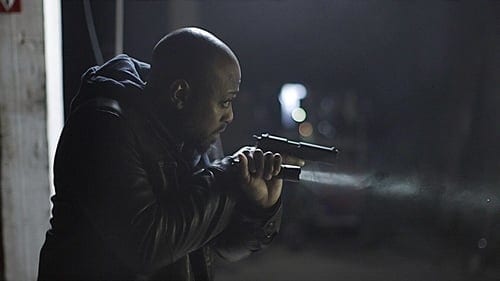 As for the plot of the movie, the official synopsis reads “On Halloween night in 2015, Patrick “Trick” Weaver massacred his classmates at a costume party. After being arrested, he managed to escape police custody, but not before being shot five times by Detective Mike Denver (Epps). Everyone believes Trick must be dead, but when a masked killer reappears the following Halloween, and every Halloween after that, they realize the nightmare is not over.”

“With Trick wreaking havoc and killing innocent people in increasingly terrifying ways, Denver will stop at nothing to finish what he started and bring the carnage to an end.” The movie didn’t do that well in the theaters and obviously, just like all the movies, Trick 2019 will get a DVD release. The DVD release of every movie most happens two months after the movie’s release. So, if I have to guess the Trick 2019 DVD might be releasing on 17 December 2019.

The Magicians Season 5 – Here Is What You Need To Know