It’s been almost more than 10 years since we last saw Andrew Lincoln in a full-length feature film after he broke as a big star on TV with AMC’s post-apocalyptic zombie drama The Walking Dead. Lincoln served as the lead for The Walking Dead for almost 8 seasons as the show become one of the most prominent TV series to come out in the 21st century. The actor exited the show unexpectedly, leaving many fans heartbroken but promised that this isn’t a goodbye as there are talks that the actor is set to star in a movie trilogy of the series continuing this story of Rick Grimes on the big screen. While there is still time for The Walking Dead movies to come, after leaving the post-apocalyptic zombie drama, Andrew Lincoln has joined hands for his first major role with Naomi Watts for a movie adaptation of Penguin Bloom by Bradley Trevor Grieve and Cameron Bloom.

Penguin Bloom is an adaptation of Bradley Trevor Grieve’s book of the same name and is directed by Glendyn Ivin. The movie will see a photographer and his family finding hope and comfort in a magpie chick as the photographer’s wife, who met with accident struggles with paralysis.

Penguin Bloom was screened at the Toronto Film Festival 2020 on the 12th of September 2020 and is set to release in Australian theatres on  January 21, 2021, while North America, the UK, France, and selected countries of Asia get a release on Netflix on the 27th of January 2021. Recently Netflix dropped an official trailer for the movie, and here we are breaking down everything we know about the upcoming Naomi Watts and Andrew Lincoln’s movie titled “Penguin Bloom.”

Based on the book of Bradley Trevor Grieve and Cameron Bloom titled “Penguin Bloom.” The movie with the same title follows the true story of Sam Bloom, played by Naomi Watts, whose life changes when she fell from a balcony during a family holiday in Thailand in 2013. Paralyzed from the chest to down, Sam Bloom, an outgoing traveler, surfer, and adventurer, suddenly struggles to adjust to a new life. Sam’s husband, Cameron Bloom, played by Andrew Lincoln and other family members, struggles in the fire with Sam until they come across a new friend in the form of a magpie chick that gives them hope and solace. Sam, throughout the time, bonds with the little bird and finds her own road to recovery.

Okay, we have seen the Oscar-winning Naomi Watts winning the academy awards getting comfortable with giant kajius like King Kong himself, and this time it would be amazing once again to see her back in Penguin Bloom finding hope and comfort in nursing a magpie chick. On the other hand, watching the fresh face of Andrew Lincoln for the first time since The Walking Dead is a treat itself and that also in full-length feature since the actor’s 2010 movie Made in Dagenham. Netflix officially dropped a brand new trailer for Penguin Bloom’s OTT release arriving on 27th January 2021, which you can check out above.

During an interview with Entertainment Weekly, Naomi Watts revealed how she felt an instant connection with the Bloom Family while researching for the film as she talked with them and went through Sam’s journal. While talking about the feathered co-star, Naomi Watts told EW that on the first day of the shoot, she didn’t expect the bird to s– on her head, although that isn’t in the film, she felt warmth, and her mouth went like Ahhh!. 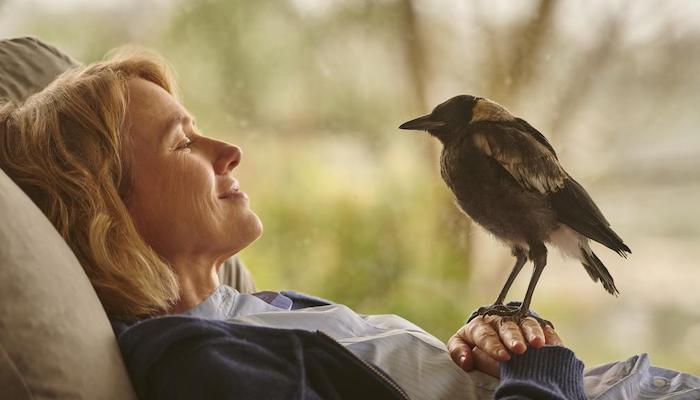 Glendyn Ivin shot the whole movie inside the real Bloom house to reconcile the already deep, emotional, and raw script with the actual location. On the other hand, Naomi Watts trained herself not to use her lower body to do day-to-day tasks ranging from going to bed from a wheelchair giving her a resilience of what Sam actually felt. Watts told Entertainment Weekly that during the isolation, everyone had a chance to rethink their lives and the grief every other human being feels when disconnected from other human beings, and that’s what Sam went through. Watts explained that Sam suddenly went through a disconnection of feeling physically and emotionally because of her inability to move, which made her feel ashamed. She could not maintain a bond with others. Watts stated that everyone had a little experience of that during isolation, and this movie makes it more relevant and strips you back to how simpler things are so much meaningful.

Read More: Top 5 Netflix Shows That Are Worth Binge-Watching.

The Cast And More On Penguin Bloom

Naomi Watts, known for movies like King Kong and Ring, stars as Sam Bloom and Andrew Lincoln, known for Love Actually and The Walking Dead, as Sam Bloom’s Husband, Cameron Bloom. The other supporting cast includes Jacki Weaver (Bird Box and Widows) as of Jan Bloom, Sam’s mother, Thor: Ragnarok’s Rachel House plays the role of Gaye,  Leeanna Walsman (Wentworth) plays the role of Kylie along with Lisa Hensley as Bron, Griffin Murray-Johnston playing the role of Noah Bloom, Felix Cameron on the role of Rueben Bloom and Abe Clifford-Barr as Oli Bloom. 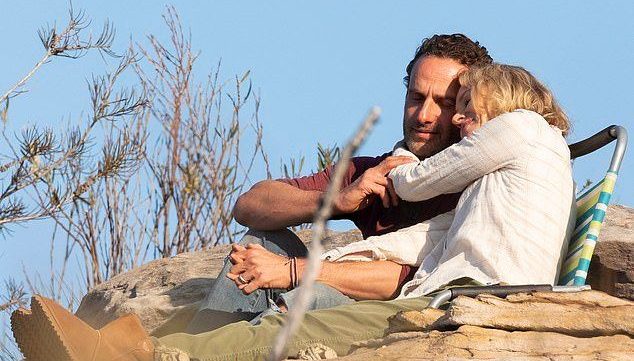 Glendyn Ivin, who is known for directing movies like Last Ride and Cracker Bag, has directed Penguin Bloom’s adaptation, which received its adaptation rights in December of 2016. Apart from starring, Naomi Watts is also producing the movie and Mark Audet and Emma Cooper while Shaun Grant has written the screenplay. We will keep you updating with more news relating to Movies, TV shows, and anime and for more updates on Penguin Bloom, stay tuned to Otakukart News.