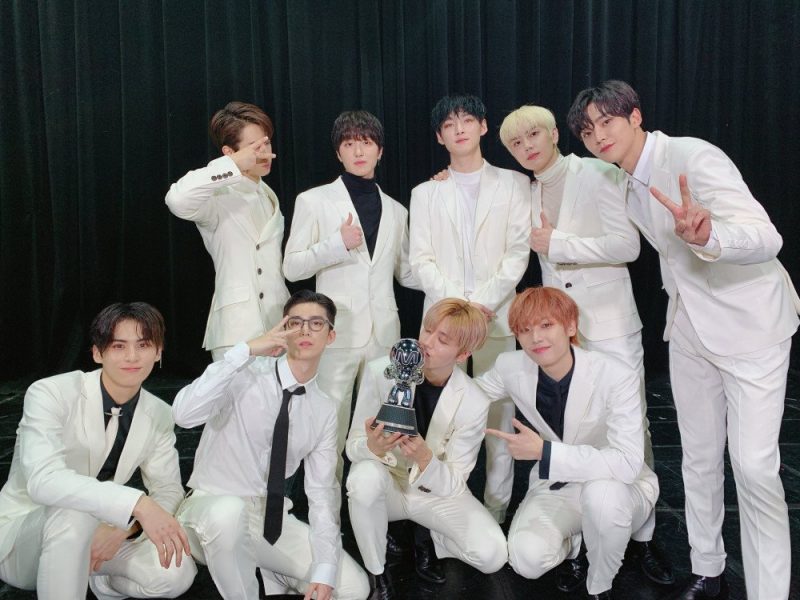 SF9 with their trophy from M! Countdown.

SF9 has gotten their first music show win with their song “Good Guy” on the January 16 episode of M! Countdown. The nine members of SF9 were understandably emotional after bagging the win since they debuted in October 2016.

The group made their comeback on January 7, 2020, by releasing their first Korean studio album First Collection. It features the title track, Good Guy.

SF9 went against ATEEZ on M Countdown, with ATEEZ accumulating a total of 5179 points on their Answer comeback. SF9 managed to accumulate a total of 9798 points on the episode, therefore bagging the show win.

Members Zuho and Dawon even shed some tears.

Rowoon said that he was dumbfounded since his song was a higher rank than Enough, which entered the charts first. He also added that he was unable to believe his eyes and screamed for 26 seconds. The eldest member, Inseong, added that he teared up before their showcase when he checked the charts and found their song doing well.

The members also said they were dreaming about how nice it would be if they got a music show win. And how fortunately for them, they really did get the win!

You can check out their performances and their speech below: