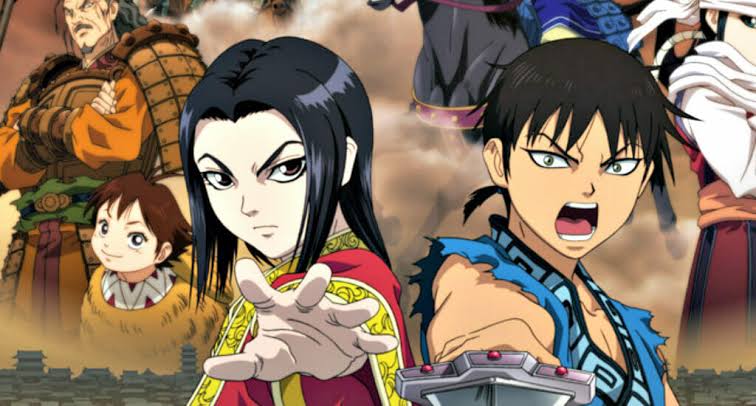 A still from Kingdom (TV adaptation)

Adapted from the manga of the same title, Kingdom, after delivering decent performance in two of its season, is all set to return on the television with its third season. Created by Yasuhira Hara in 2006, for Shueisha’s Weekly Young Jump, the anime massively counts on unimaginable strategies and digs into each of the characters’ psychology. The show has improved in the field of wise use of computer-generated imagery compared to its first season because of which it received a lot of negativity and is currently emerging as an anime with the fastest growing fan base. The series has till now run for two seasons, with a total of seventy-seven episodes. The third season of the series has been renewed, and with this article, we will make you acquainted with the details of the upcoming season, including the update, cast, productions, and storyline.

The third season of the Kingdom is scheduled to premiere on April 6, 2020, as announced earlier. The first season of Kingdom aired from June 14, 2012, till February 2013, having 38 episodes in all. The second season was released on June 8, 2013, and continued till March 2, 2014, consisting of 39 episodes. You can watch the English Dub of the past seasons of ‘Kingdom’ on Funimation.

The show casts Adam Fedyk as Muta / Si Shi, Masakazu Morita as Li Xin / Xin Li, Jun Fukuyama as Yin Zheng, Akio Kato as Teng, Rikiya Koyama as Wang Qi, Rie Kugimiya as He Liao Diao, Kôki Miyata as Cheng Jiao Mie Sonozaki as Yang Duan He, Kôji Yusa as Bi, Yôko Hikasa as Qiang Lei and K Yutaka Nakano as Chang Wen Jun in lead roles. There might be a change in a list of the cast members; we will let you know about it when further updates come.

The first two seasons of the series were under the production of Studio Pierrot. However, now the author of the manga series has expressed his desire to work with a new production house, and it has now been shifted to Studio Pierrot’s subsidiary Pierrot Plus, Studio Signpost. The upcoming season will center the story incidents of the ‘Coalition Invasion Arc’ from the manga version whose creator is Yasuhisa Hara again.

Kingdom is an anime series with a gritty historical dramatic outlook. Set in China during the Warring States period, the show features two orphans of names, Shin and Hyou. However, after the death of Hyou at a tender age, Shin discovers a scheme that lets her join the army. With this, Shin wishes to become the greatest general of the world, where the hero helps her by helping Ei Sei of Qin to unify China in order to prevent its internal conflicts to split it apart. The first season followed the manga till the sixteenth volume, chapter 173 and the second one followed it from the next volume, chapter 174 to the 24th volume chapter 260.