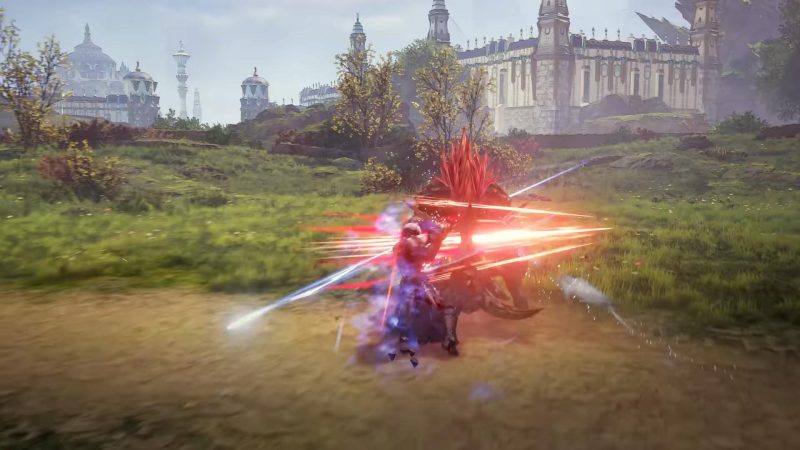 The latest action – RPG in the long-running “Tales of ” JRPG Series, Tales of Arise is the gen-next gaming version, which is over twenty years old. The big theme of Tales of Arise is the ‘inheritance and evolution,’ meaning natural systems and significant updates. The creators are confident that ‘Tales of Arise’ will be more innovative and appealing to the global audience.

The game, Tales of Arise will be released in 2020 on PS4, Xbox One, and PC. The trailer of Tales of Arise is shown at Tokyo Game Show, 2019. The might be getting delayed because of Coronavirus Pandemic, we will keep you posted with further updates.

The trailer makes Alphen – Shionne (the Hero and heroine of the game) more explicit. The trailer goes like this, Alphen pulls a sword from Shionne’s chest, and Shionne makes it’s extra convenient so that Alphen feels no pain at all. The sword which Alphen draws is no ordinary sword- it burns the hand of anyone who touches it. Shionne is shown to have healing ability to balance out the ‘thorn’ curse that causes pain to anyone who touches her.

Towards the end of the trailer, a third party character fainted, which helped the audience to be excited about the original game series.  The show ended with the words, “Now is the time for a change.” Shortly after the trailer ended, Producer Yusuke gave out interviews to the media at the Tokyo Game Show, 2019.

There are two main protagonists of Tales of Arise – character in Iron Mask named Alphen and a Pink – haired woman with garter bandoliers named Shionne. Alphen is a playable character and the slave from a technologically stunted planet called Dahna. He lost his memory substantially, thanks to RPG traditions. Our lead heroine, Shionne, is cursed by “thorns” that causes pain to anyone who touches her.