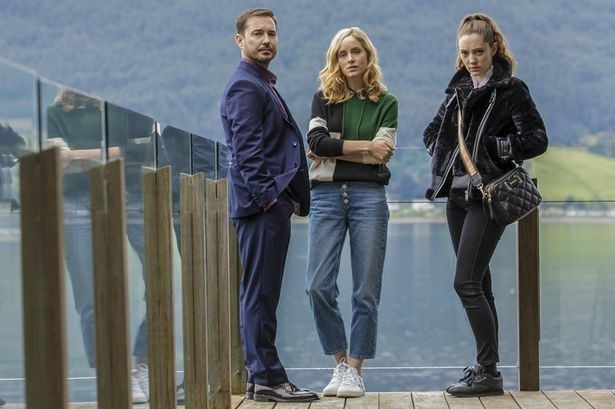 Having premiered on March 22, 2020, The Nest is all ready to deliver the second episode of the brand new thriller. Written by the BAFTA-winning writer, Nicole Taylor, and directed by Andy De Emmony, The Nest is a five-episode show that accompanies the viewers through the surrogacy journey of Dan and Emily. In this article, we will be discussing the update of The Nest episode 2, cast of the series, streaming platform, and preview. The trailer, along with the introductory episode, should keep us occupied for the next month.

Spoiler Alert: The article contains spoilers of the upcoming episode, it is advisable not to go through the article further if you don’t want to encounter any spoilers.

The second episode of The Nest is scheduled to premiere on BBC One on March 29, 2020, Sunday at 9:00 p.m in the UK. The show releases one episode per week. Therefore viewers need to wait for an entire week before they can switch to a new episode. The trailer was launched on March 4, 2020, and since then, the viewers have been looking forward to seeing what new it is going to showcase.

If you have a cable subscription to the channel, watch The Nest Episode 2 on BBC One and BBC iPlayer by tuning in to the channel at the above mentioned time slot.
It is advised not to use any illegal method for watching the episodes, owing to the fact that it doesn’t benefit the creators of the show.

The show casts Sophie Rundle as Emily, Martin Compston as Dan, Emily’s husband, and Mirren Mack as Kaya, the teenager who agrees to carry their baby in her womb, in lead roles. It is also assisted by— Shirley Henderson, Katie Leung, Bailey Patrick, Kate Dickie, David Hayman, Fiona Bell, Samuel Small, Paul Brannigan, and James Harkness as the supporting cast.

Watch the trailer of The Nest here.

The Nest Episode 2: What to Expect?

The episode has left a lot of questions unanswered, which we expect to be revealed in the upcoming week. At the end of the episode, the viewers witnessed Doddy, played by Paul Brannigan, Kaya’s neighbor, drowning in the River Clyde with an injury on the head. The incident seems more like a pre-planned murder rather than an accident. Kaya’s character, though looks clean on the surface, is a lot suspicious if we look carefully. Moreover, Dan does not seem to be very happy with Kaya, giving birth to his baby. He has a criminal record in the past and might have some connections with Kaya. Watch the episodes every week on Sunday in order to get to know about the answers to the questions.

Thanks to everybody who tuned in, trailer for ep2 below don’t watch if you haven’t seen Ep1. Same time next week https://t.co/oRKW7YthI9

Set in Glasgow and the west coast of Scotland, The Nest centers a couple, Dan and Emily, who are desperate to have a baby. However, Emily has suffered from a number of miscarriages in the past and issues related to infertility. Even the baby whom Dan’s sister, Hilary, played by Fiona Bell, was carrying through surrogacy, was miscarried devastated. Their only hope now lies on an eighteen-year-old Kaya, who offers herself to help them in exchange for a price of £50,000.