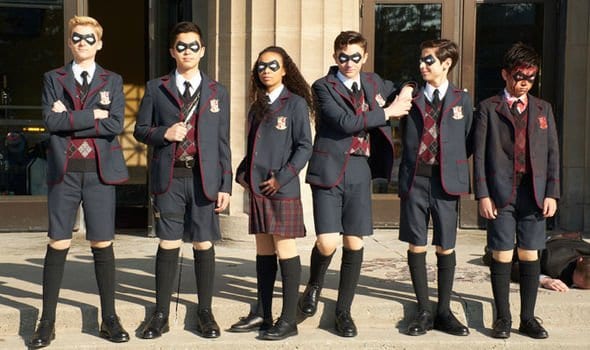 The ending of Netflix’ The Umbrella Academy created an open ending for the Hargreeves children. It seems like Reginald Hargreeve’s decision to suppress Vanya’s power has backfired not only against him but with all the other people in the world. Apocalypse left the Earth in ruins, but the Hargreeves children managed to survive and traveled back in time to get things right. The ending is an open book, and there are a lot of things that could happen. Will there be a new season? And if there will be a new one, who will be the actors that will be in The Umbrella Academy Season 2?

A lot of anticipation in The Umbrella Academy season 2 stems in the time travel which happened at the end of the series. Majority of the fans are expecting the young actors who played the character of Luther, Diego, Allison, Klaus, Five, Ben, Vanya earlier in the first season will come back to reprise their roles. The Commission will not let Five do whatever he wants any longer, so will we see more of their agents? What happened to Hazel and Agnes after time traveling? Will Allison get her voice back? How will they deal with the younger Harold Jerkins? Could souls like Ben successfully time travel?

While waiting for the next announcement, Gerard Way and Gabriel Ba’s six-issue comic version of the show is available for those people who want a new dose of The Umbrella Academy awesomeness.

The show is still not renewed or cancelled by Netflix which is a concerning factor. They might be reviewing the performance of the first season, as they think a lot before picking each show or renew them. The viewing figures are also not revealed, which makes guessing work even more difficult.

But still, the first season released a month ago, so Netflix might be still waiting for viewers to know about the show. If the show might have performed well, which I believe it must have, the second season will surely happen. So, let’s just wait for Netflix to confirm it! Meanwhile, you can see the first season on Netflix.

Updated on April 10, 2019:
Those of you who have been waiting for the show to finally get renewed for the second season, rejoice! The Umbrella Academy is now officially getting a second season, and we are way too excited for it.

We’ve been told that the cast from season 1 which includes Ellen Page, Tom Hopper, David Castañeda, Emmy Raver-Lampman, Robert Sheehan, Aidan Gallagher, and Justin H. Min will all be back for Season 2. Steve Blackman will also be back as the showrunner, which was expected. The second season of the show will have a total of 10 episodes and the production for it will finally begin in the summer.