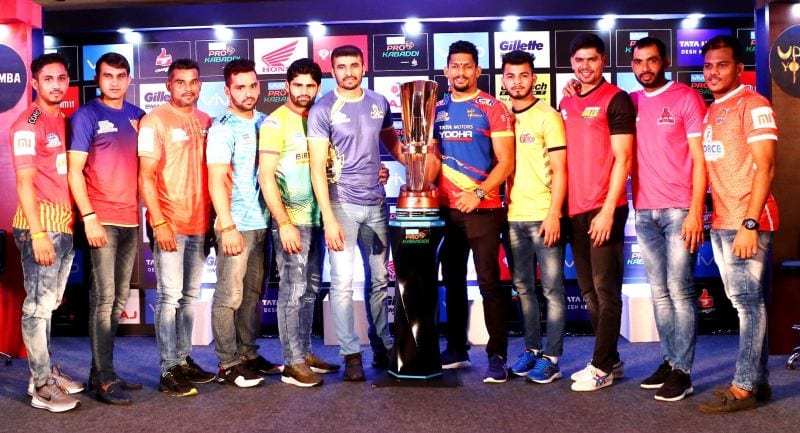 Hey guy! Today we’ll update you with all that happened in Pro Kabaddi league day 2 auction which took place yesterday where in 200 players were traded by the 12 franchises for Rs 50 crores in the auctions. In the Pro Kabaddi League (PKL) 2019 auction we saw players from categories B, C and D fight it out. But one such player stood apart from the others and stole the show; we’re talking about Debutant Neeraj Kumar and Siddharth Desai.

Siddharth Desai is this season’s most expensive player sold for a sum of ₹1.45 crore. He was signed by Telugu Titans. As for Neeraj, earlier in January, he played as a right cover for Services in the 66th national Kabaddi championship which was held at Roha in Maharashtra through January 28 to January 31. The Services lost to Indian Railways in the final of this match but good news for Neeraj, he shone none the less. Neeraj was drafted initially in category C with a base price of 10 lakh. In the auction, Patna Pirates picked him up thrice for 44.75 lakh. But in the end, Tamil Thalaivas topped the 43 lakh bid.

Other big auction names include Vikas Kale (Cat C) and raider Naveen (Cat B), both of which were sold to Haryana Steelers, coached by Rakesh Kuma. Kale was picked up for 34.25 lakh, and Naveen retained his club for 33.5 lakh.

The next category B was also stellar. It had a base price of Rs 20 lakh and raider Manjeet attracted the highest bid of Rs 63 lakh. He was bought by Puneri Paltan, coached by Anup Kumar. That brings us to the end of 2019 Pro Kabaddi League Auctions.

Bengaluru Bulls will begin the title defense this summer for the seventh edition of the PKL. The League kicks off on July 19.