Who doesn’t know the horror genre icon Robert Englund, he’s a name to reckon with. You may recognize the icon from A Nightmare on Elm Street, and he’s getting his very own documentary pretty soon. In 1974, Robert Englund began his acting career. He appeared first in the movie Buster and Billie as Whitey. This part largely remained unnoticed. Next, Englund did the V as the character Willie and started getting better offers. His next big role was in 1984 when he played Freddy Krueger in Wes Craven’s A Nightmare on Elm Street. And as they say, the rest is history.

It is this movie A Nightmare on Elm Street that turned Englund into an icon and a household name. Because of Elm’s role as the man with knives for fingers, Englund became a sensation. In totality, he played Freddy in a total of eight A Nightmare on Elm Street movies. England got his TV show in the late ’80s called Freddy’s Nightmares. On an episode of The Goldbergs last year for the Halloween special, Englund’s character appeared. Other horror movies that Englund appeared in over the years are The Phantom of the Opera, 2001 Maniacs, and Night Terrors. 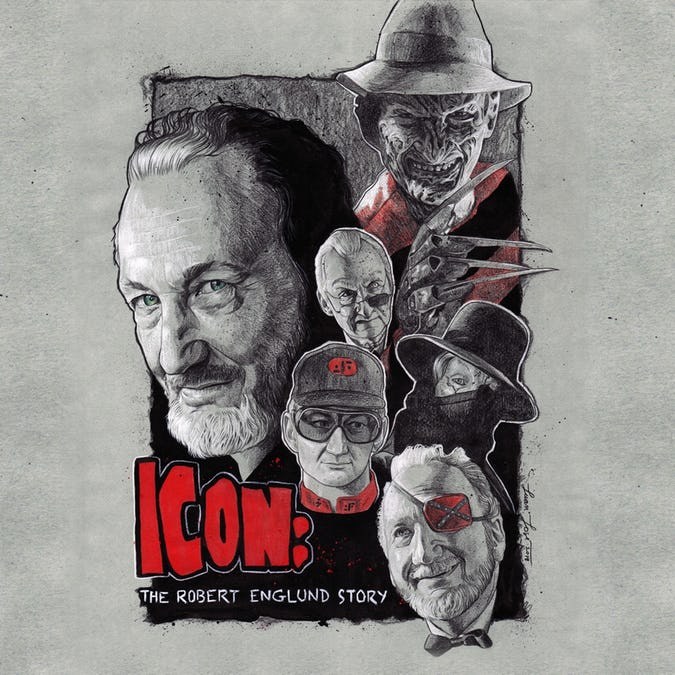 The most exciting thing right now is that Englund’s very own documentary is coming out detailing his extensive career. The actor who turns 72 has no plans of slowing down, working currently on Harvest Moon and Abruptio. The companies that worked in the making of other horror documentaries such as Pennywise: The Story of IT and You’re so Cool, Brewster! The Story of Fright Night will work on Englund’s documentary too.

Cult Screenings UK LTD and Deadmouse Productions are working together on Englund’s documentary. This will be titled “Icon: The Robert Englund Story,” detailing on Englund’s early acting career, his rise as a horror icon, and his massive success story as a character actor. In a complete, documentary fashion, it will have interviews from Englund’s co-workers, friends, and he.