In this post, we are going to talk about La Casa de Papel (Money Heist) season 3 cast, and updates. The Spanish shows are being loved by the audience all over the world. The biggest example is Narcos, which received an overwhelming response. Astonishingly, Pablo Escobar became a well-known character across the globe.

So, Netflix now wants to make more shows coming from Europe as mentioned in a statement. Similarly, Le Casa de Papel is also one of the best shows of 2018. Arguably, it is also considered as one of the best Spanish shows on Netflix right now. Netflix is now streaming two parts of the show. 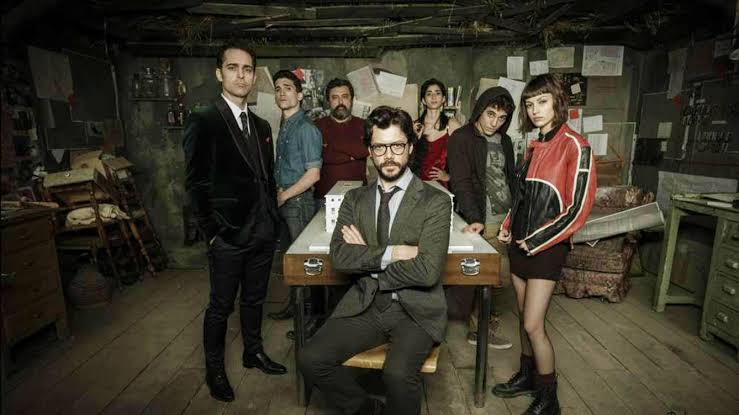 The first part has 13 episodes and the second part has nine episodes. The show is also available in English, and it is called Money Heist. So, will there be a third part of the show? The short answer is yes. Netflix recently announced in a statement that the show will return with the third season. However, that is the only official news available about the next season. The main cast of the show is as below!

Noticeably, there is noavailable for the show, not even the month of release. Nonetheless, it is said that the third season will be released in 2019 (new details at the end of the article). Netflix announced, “After the global success of Part one and two of the Spanish heist sensation, the Professor will develop new heists that will be unveiled in 2019.” But I am expecting the show to be released in the first half of 2019. Take a look at the teaser shared by Netflix below!

Updated on April 1, 2019:
We still don’t have an officialfor the third season of Money Heist, but multiple reports suggest that the show will be back in 2019, so that certainly means that it won’t take long to come out.

We’re just a couple of months from its release, we should be getting more information on the show in the next 30 days. We’re told that Money Heist Season 3 is going to have the same number of episodes as the previous one.

So far, that’s all the information we have on Money Heist Season 3. Hopefully, we’ll get more details in the next few weeks, and we’ll make sure to share them with you when we have it.

Finally, we have got some more important details for you, including a confirmed update. We all were wondering why Netflix is not uttering a word about the show earlier this month, and they somehow heard the fans and provided all the required details. The show is supposed to return with the third season on 19 July 2019, with the third season, or third part as they call it. It is also proposed that the first two parts were first season, and the new part would be called Money Heist Season 2.

Nonetheless, nothing matters as we are eventually getting new episodes, which is the most important news. So, El Professor will be ready with new heists to entertain us in July. We even have a teaser for the third season, which is linked below.

We have to admit that the show has got a big fan base, as the show is trending on cyberspace. All the fans are curious to know what will happen in the third season, even though there are not a lot of days left until the show returns with the third season. 19 July is just two weeks away, and it looks like the fans are waiting for the day to come so that they can watch all the episodes the moment they come out.

One of the main concerns for the next season is that the team completed their last heist, and they were separated and went on their own ways. I am not sure how will this season bring them back together, although all they care about is money, so it will be money in my opinion. I think that there will be another heist which might reunite them to achieve their objective.

The Legend Of Zelda: Breath Of The Wild 2 Was First Supposed To Be A DLC