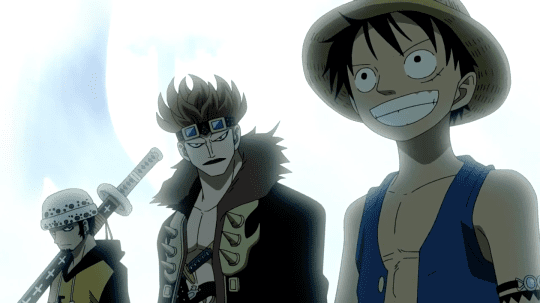 As I mentioned earlier in the previous post, One Piece 952 spoilers are already out, and a lot of interesting is going down in that Chapter, the chapter was equally focused on Zoro, Kaido – Big Mom, and Udon Prison.

The chapter started with Zoro and Gyukimaru fighting, shortly after Kawamatsu arrived there and he pointed out that they have no intention in killing each other, and they should stop the fight. Gyukimaru doesn’t want to give up Shusui, as it is the national treasure of Wano. He pointed out that Wano got conquered due to the rage of Sword God Ryuma about the loss of Shusui, to which Zoro replies that he doesn’t care about god at all.

4 yakuza bosses are also introduced, they appear angry at Luffy the way he calls Grandpa Hyou, on the other hand, Kaido and Big Mom are fighting all night, and everyone there is quite scared, Queen wants to go to Udon to check if the prison is under control, but the main reason he wants to leave Onigashima is because he wants to get away from Kaido and Big Mom fighting.

There is a lot of interesting things that happened in the previous chapter, from what we can tell, the upcoming One Piece Chapter 953 will be focusing on everyone getting out of the prison, Big Mom and Kaido will reach a conclusion, and we will see the team gathering all the Samurais and alleys to prepare for the big fight. One more thing we might possibly be seeing is the crew of Big Mom, as we have not seen them in a while, nonetheless One Piece Manga Chapter 953 is going to be a really very interesting chapter.