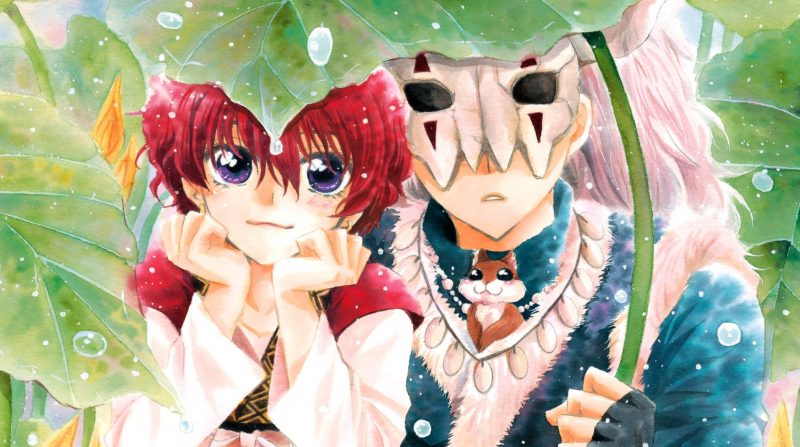 In this article, we are going to talk about Akatsuki no Yona Chapter 185 where to read the manga and spoilers. The latest release was chapter 184 that was released last weekend on the 7th of December 2019. Hak had joined the 13th company squad just when he was told that the squad’s main duty is making breakfast. As Hak worked with them, he realized that they are regarded as the weakest and had no fighting spirit left. When one of them asked to spar with him, he agreed to the request, which led to the entire squad following through. Although he easily took them out, he told them the story of a weak soldier that refused to give up and ended as one of the strongest soldiers.

This made them want to spar with him again.  Meanwhile, Yona was having a conversation with the dragon warrior when she requested to have a talk with Zeno outside as she wanted to check how things are going. Back at the 13th company squad, General Joo-Doh was wondering why Hak had joined the squad as he would allow anyone whos not loyal to Soo-won joining in. They ended up talking about why King IL had to suffer the way he did and what happened to Lord Yuhon. While they were still talking, Gulfan flew down to Hak, leaving General Joo-Doh surprised that the falcon would descend for anyone other than his majesty.

In case you don’t know what Akatsuki no Yona is about, it is a story about the Kingdom of Kouka that was ruled by a red dragon in a human form. When four warriors blessed with the dragon blood helped the kingdom flourish and prosper, but this legend was lost in with time as it happened in ancient times. When the red hair princess of Kouka, Yona, lived the ideal life despite sheltered within the walls of Hiryuu castle. She was doted to this livelihood by her pacifist father, King IL. She was protected by her childhood friend, Son Hak of the Wind Tribe. When Soo-won murdered her father and orchestrated a military coup, she fled the castle, thanks to Son Hak. Yona had to chase after a legend and find the four legendary dragon warriors as they are her only hope of saving the Kingdom from Soo-won and his military faction.

It seems like Hak wanted to gauge the military strength of the sky tribe’s arm by interacting with its weakest squad 13. His ulterior motive might be to train them as he already demonstrated when he was sparring with them. There seems to be tension and misunderstanding between Hak and general Joo-Doh as he still doesn’t trust, Hak. They both seem to hold crucial information about what happened with the past kings, King IL and Lord Yuhon. Hak proved to have stronger connections with the kingdom when Gulfan, that is said to only descend for his majesty, comes to him.

Akatsuki no Yona releases new chapters once in about 20 days. However, this might vary depending on individual websites. Some might be a little bit earlier, and some might release later. The most accurateis usually the one announced at the end of each Manga chapter. This means that by that date, some of the websites would already have new releases. At the end of Chapter 184, it was announced that Chapter 185 would be released on the 20th of December 2019.

Where To Read Akatsuki no Yona Manga?

Various Manga site usually has the most popular Manga with them and are always up to date. But for some Manga, especially the ones not yet licensed, it can be difficult to find them in popular websites. You can read Akatsuki no Yona Manga from websites like its official website VIZ Shonen Jump. In most sites, it is listed as “Yona of the Dawn,” the English translated title, instead of its original Japanese one.