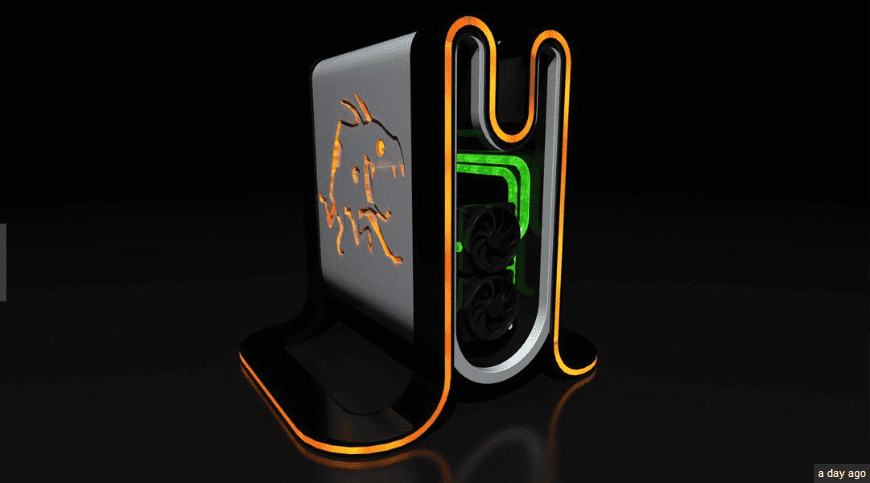 Recently, the gaming community was shocked by the announcement of Slightly Mad Studios that mentioned their current project which is the new gaming console, Mad Box. The announcement was made by the CEO of the company, and he claimed that this new console would compete against PlayStation and Xbox, and it will be the most powerful console that has ever been launched into the market.

Many questions were raised regarding his claims, and many were of the idea that the capabilities of Mad Box could be vague and far-fetched. However, the CEO took his time to answer as many questions on Twitter as he could. What we know that the product will be launching soon and for now, the initial design of Mad Box has been revealed.

Now, it was also mentioned that designs would be released to the public in the coming weeks but, getting them this soon does seem pretty bizarre from their side. However, we can’t complain as the sooner, the better. As you can see from the picture, there are three color patterns including a red, pink and a green machine and you have to accept the aesthetics of the console.

The designs definitely look very impressive for a console with a great color scheme and an eye-catching graphics on the side panel; this will definitely compliment your setup. However, this isn’t final yet, as these are the initial designs which are subject to future changes.

The CEO, Ian Bell also mentioned that Mad Box would have a handle, and it won’t weigh much. The idea is pretty clear behind this implementation as the company wants to create a console which is portable that you can enjoy it regardless of the location.

We have already covered Mad Box and its capabilities, so feel free to check that other article as well.