Yes, I think Zack Snyder has decided that he won’t, like not even for a second, stop teasing us until the Justice League: Director’s cut revisioned by him arrives on our screens through HBO Max. The teasing of all alternate storylines, deleted scenes, and in-depth character exploration was done utmost from the director way before his cut was even announced by Warner Bros. This teasing led the fans to fire up on the internet and demand from DC Executives and Warner Bros for a cut that was originally set to be seen in theatres instead of the one everyone got from Joss Whedon which is considered by fans as an inferior version of what Snyder was about to come with. The demand was followed into a petition signed by millions and even the cast joining in the #ReleaseTheSnyderCut movement. We finally saw the light as Warner Bros officially announced the arrival of Justice League Director’s Cut for HBO Max in 2021.

The teases and hints didn’t stop there; from in-depth story arcs, the arrival of Darkseid, and Joker’s part in the movie, Zack Snyder is coming all out from his side. So following the same, Zack Snyder shared an image of Wonder Woman in the Crimean war. The studios and Snyder had their own original story back during Batman V Superman’s production: Dawn of Justice.

Here we are talking about Wonder Woman’s original story’s image to introduce her to Man’s world in a Crimean war as revealed by Zack Snyder and how Patty Jenkins altered it for the movie arrived in 2017.

Here is a clear look at the pic shown during Zack’s interview today, it was used as a placeholder in BVS and was taken before Patty was hired and took on Wonder Woman’s origin Story.

Related:  Wonder Woman 1984 Review – A “Bland” Sequel of the Original

Zack Snyder recently on Comicbook Debate shared the original photo and origin story the studios had planned for Wonder Woman to be showcased through Batman V Superman: Dawn of Justice. The photo saw Wonder Woman as part of the Crimean war holding severed heads. It was revealed that the Crimean war was seriously considered Wonder Woman’s introduction to Man’s world. Though, the plans were scrapped when Patty Jenkins took over the movie and replaced the Crimean war with Word War I altering the storyline while also giving a brilliant scene from the movie.

Patty Jenkins has spoken with The Collider on her attachment to the Wonder Woman project in 2010 and how the studio wanted her to showcase a more masculine version of the character. Patty Jenkins explained funnily that the studio hired her only as beard part, and even though she walked around as a woman, everything from story to characters was handled by them. The studio wasn’t even interested in reading her script.

Patty Jenkins said that even the studio wanted to show Wonder Woman’s character more brutally, it was not something women and the fans of the character would want to see. Jenkins explained that when she joined the team, she asked to alter the story and continued to say that women don’t want to see the character going harsh or tough or cutting people’s heads off. That’s not what the Wonder Woman fans want.

The way Jenkins said it, this photo is a clear resemblance of cutting heads off phrase. Even Michelle Mclaren met with a debate with the studios when she was hired to direct Wonder Woman’s movie after Jenkins left. Michelle Maclaren was also not satisfied with the creative vision and the debate of centering the story around the Crimean War or World War I. Maclaren never came to solve the dispute and thus left the project in  2015, at which Warner Bros. came back to Jenkins and gave her the keys to direct Wonder Woman her way.

When Patty Jenkins was rehired, Jenkins clearly told the studios the kind of movie she wanted to make while also addressing how the vision from studios is a story that is not supposed to be told. Even Jenkins doesn’t want to fight about the movie in the future leading up to the choosing of Word War I over the Crimean war. 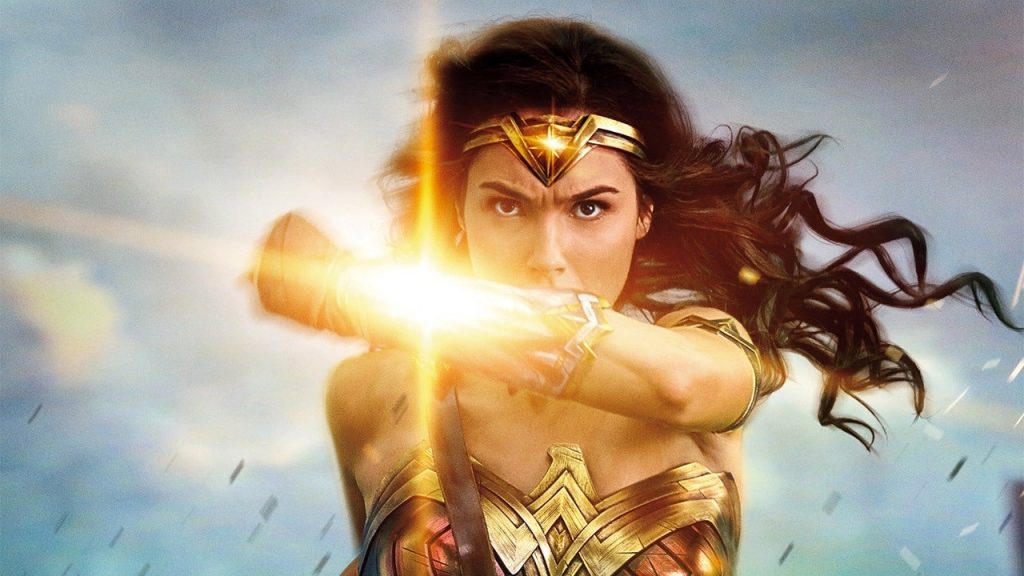 The image revealed by Zack Snyder can be seen as a fun myth, a story that could’ve come out and set the future of Wonder Woman on a completely different path in the DCEU. We believe the story could still be used someday as the alternate timeline in a multiverse as suggested by DCEU through the appearance of Ezra Miller’s Flash in The CW’s Crisis on Infinite Earths and the upcoming The Flash movie in 2022.

As a character, Wonder Woman is known for her sensible morals, and a darker version of her doesn’t fit well. We are glad that Patty Jenkins was rehired, and we got the Wonder Woman we always wanted, and with Gal Gadot, the iteration has become one of the most prominent ones in live-action entertainment.

Gal Gadot’s Wonder Woman will be next seen in the upcoming Zack Snyder’s revisioned cut for 2017’s Justice League, arriving on HBO Max in 2021.

Related: Pedro Pascal Looks Back At His Previous Venture With Wonder Woman, Pascal’s First Take With The Amazonian Superheroine