Money Game (머니게임) is the newest South Korean drama by network tVN, which has begun airing on January 15. Kim Sang-Ho (Spring Must Be Coming, Hwajung) is serving as the director of the drama, with Lee Young-Mi providing the writing to the show. The drama is going to air every Wednesday and Thursday from January 15 to March 5 at 21:30 KST (Korean Standard Time). It replaces tvN’s Psycopath Diary and Memorist on the Wednesday and Thursday timeslots. 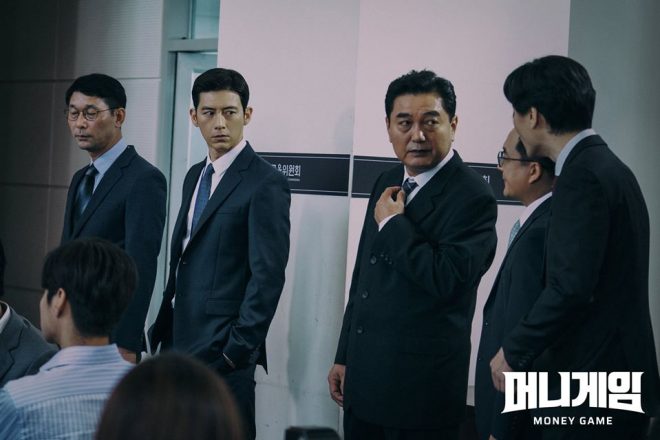 Unfortunately, there is no official way to stream Money Game Episode 3 online. You will have to resort to unofficial streaming websites as Money Game is aired exclusively on tVN in South Korean.

When is Money Game Episode 3 update?

You can watch a clip of the show below:

Chae Yi-Hun (played by Go Soo) is an economics bureau worker who lives in his father’s shadow, as his father is known as the greatest economist in Korea. Yi-Hun wants to prove to his family that he can succeed on his own. Heo Jae (played by Lee Sung-Min) is Yi-Hun’s boss at the Financial Services Commission. Ambitious by nature, Heo Jae will go to any length to make his ambitions a reality.