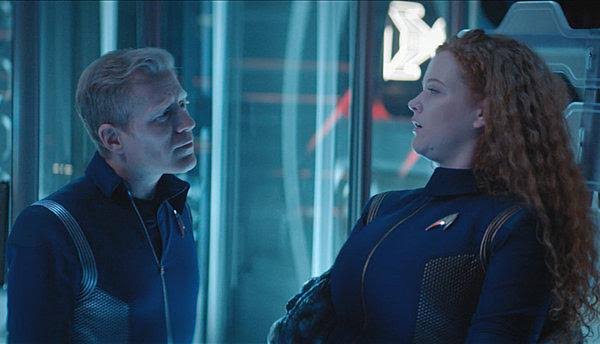 In this post, we are going to talk about Star Trek: Discovery season 2 episode 5 where to watch, and spoilers. But before we get into the talk of the upcoming episode, let’s take a quick recap of the previous episode. So, we saw that the Discovery’s work was stopped due to an unexpected stasis field in which the ship got stuck, and a spherical entity was seen. It was something that nobody had seen before, it looked like a fusion of organism and technological devices.

It instantly started manipulating the ship’s systems. Then came Saru’s turn to help with his knowledge of 94 languages to communicate, as the ship’s communication system was not working. By the end, we saw that Tilly was missing when Stamets went to inoculate her. So, let’s talk more about the next episode ahead!

The show is now four episodes deep into its second season, and the fifth episode is due this week. The fifth episode of Star Trek: Discovery season 2 is scheduled to release on 14 February 2019. The show is broadcasted on CBS All Access at 8.30 PM every Thursday. The show is exclusively available on CBS All Access, so viewers better keep their subscription in check to keep watching new episodes of Star Trek: Discovery. The next episode is titled ‘Saints of Imperfection.’

The next episode will feature Burnham and the other crew members trying to save Tally’s life anyhow. However, Stamets did not expect the way it will turn out, as the synopsis suggests a big problem is supposed to happen while saving Tally. Additionally, Section 31 will have an order to locate Spock, although Pike will be extremely unhappy with it. Take a look at the trailer of the upcoming episode ahead!