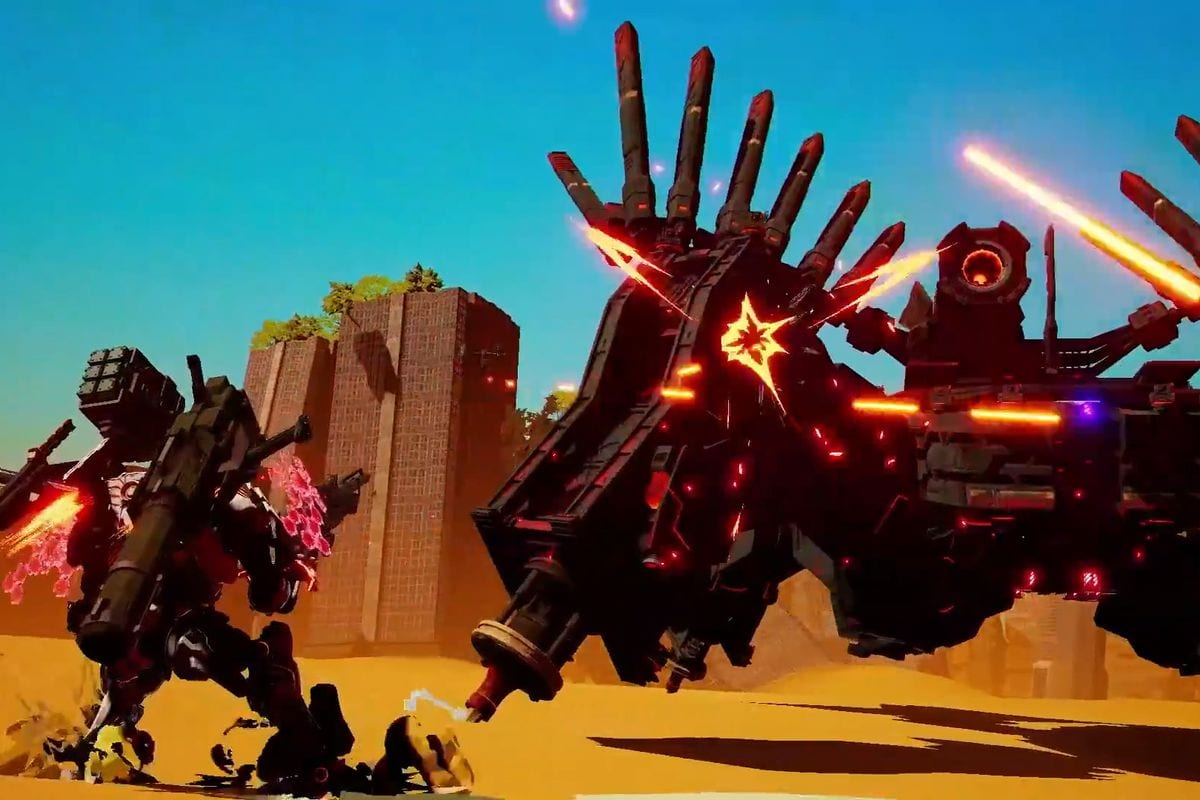 The mech combat game comes from the developer MARVELOUS! And it is titled as Daemon Ex Machina. This mech combat game will fill your lungs with an air of awe. If you may know, last week, a new demo video for Ex Machina which is called Prototype Missions dropped, and it reminded us of games such as Armored Core, God Eater amongst many others.

Daemon Ex Machina may look like those games at the surface but it is more than that, I assure you. I mean, of course, there’s the usual tip-toeing and going from one mission to another and your home.

You will spend most of your time in Hangar, get used to the game there. The hangar is where the demo begins; it is where you do all of your maintenance and customization, which means that you customize yourself, the pilot, and of course your mech.

The directors for Ex Machina are Ken Awata, and Ken Karube and the producer is Kenichiro Tsukuda. Deamon Ex Machina was first revealed during Nintendo’s presentation at E3 2018. And it is supposedly scheduled to be released in 2019.

Ex Machina as of now will only be available on the platform of Nintendo Switch with the modes being single and multi-player. It is being said that Daemon Ex Machina is filled with rock and metal songs. An exactremains unknown as of now. More as we have it.