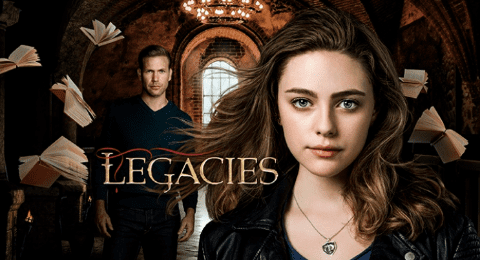 In this post, we are going to talk about Legacies season 1 episode 12 where to watch, and spoilers. But before going on to talk about the upcoming episode, we will be discussing what happened in the previous episode to better understand how will things turn out in the next episode. Hence, the upcoming episode will be full of spoilers so those who have not watched the previous episode should skip the next paragraph to stay away from spoilers.

Hope put a barrier spell around the urn so whenever a monster would try to take it, it will get trapped. Good move, I have to admit! But turned out to be worst when they got to know that the first monster was a unicorn. But nobody knew that the monster or a slug, whatever you say, would go in Hope’s body through her nose while she was sleeping. It changed her upside down as she wanted to take part in the annual talent show. Another slug then went through Josie’s ear, to make things escalate. The talent show was quite weird, but it completed somehow, and the episode ended with Landon going to Hope’s room with a little guitar. So, let’s talk more about the upcoming episode ahead!

The show can also be watched online using The CW app, where viewers can get access by logging in using existing cable TV subscription details. Furthermore, there are several online streaming service providers such as Hulu, Roku, DirecTV Now where viewers can stream Legacies by watching The CW channel at the mentioned time.

We will see that the urn will go missing in the next episode, so Alaric, Hope and the others will have to go out and find it before someone else does, as another Malivore creature would be arriving soon. But Lizzie is going to be the same as she will again try to blame Hope for the past spring break she has ruined. Take a look at the trailer of the next episode ahead!