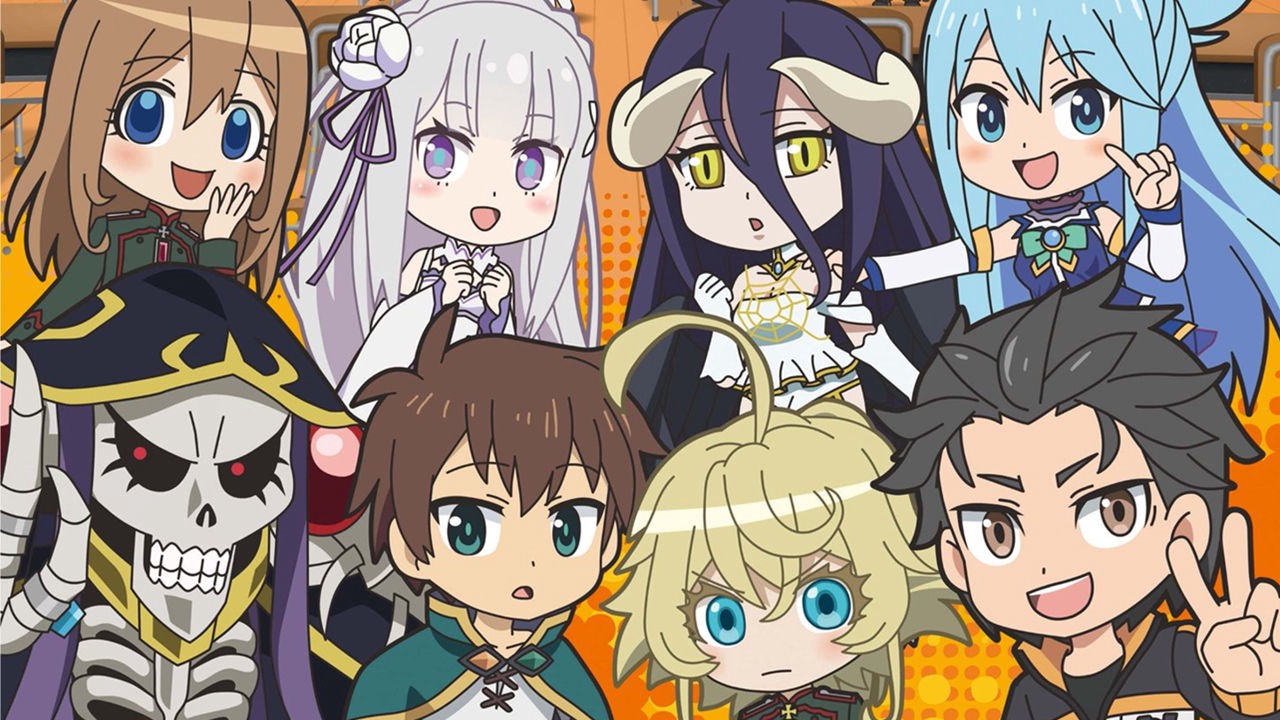 Isekai Quartet is a short animation chibi anime from Kadokawa. This short chibi anime contains famous isekai anime characters who are owned by Kadokawa Corp. All different anime characters are accidentally summoned in this new world and now they have to live their life as a school student. This short chibi anime, “Isekai Quartet” focused on their daily school life with trouble and fun. Where all your favorite isekai character interacts with each other. It’s like a short side sequel anime where all your favorite isekai character has do fun things together.

If you have not watched this short anime yet, and do not want to know the spoilers you may skip this post. But if you are interested in spoilers, then fret not we are here to give you every single detail in Isekai Quartet Season 2 latest Episode 8.

It’s just their another regular day, Sensei Pandora’s Actor just finished his classes and reminds the student to not forget his homework, which is usual for every other teacher. Surprisingly Kazuma who always sleeps in other classes somehow managed to finish the class with no sleep. But it seems other than Kazuma there is someone who seems to be little different for some days while other planning to go somewhere, Second Lieutenant Serebryakov aka Visha.

Visha’s been leaving classes as soon as it ends, couldn’t overlook this Subaru broke the ice to Tanya who she always used to be with, even Kazuma agreed to this.

Tanya couldn’t care less about her subordinate she need her own space after all. She did not feel lonely for her to be spending time with Tanya.

While that conversation is still going on Rem suddenly asked Subaru to leave home. Subaru invited Emiliya and Puck and decided to stop by Butcher to eat Croquettes as they have nothing to do today. Hearing about Croquettes which piqued Ram’s interest she too tag along with them.

Looking at Subaru’s group are Lieutenant Weis and Satou Kazuma who seem to be jealous of Subaru for being popular among girls. But soon after that Kazuma too called out by Megumin to join her on her explosion test but Kazuma already made his plans with Darkness to get stuffed animals for her and help Aqua with her groceries, so they decided to go together with them and do all their tasks in order.

Now looking at Kazuma, who is also popular with other girls, Weis felt lonely which Tanya commented on his behavior for being too negative since Valentine’s Day. 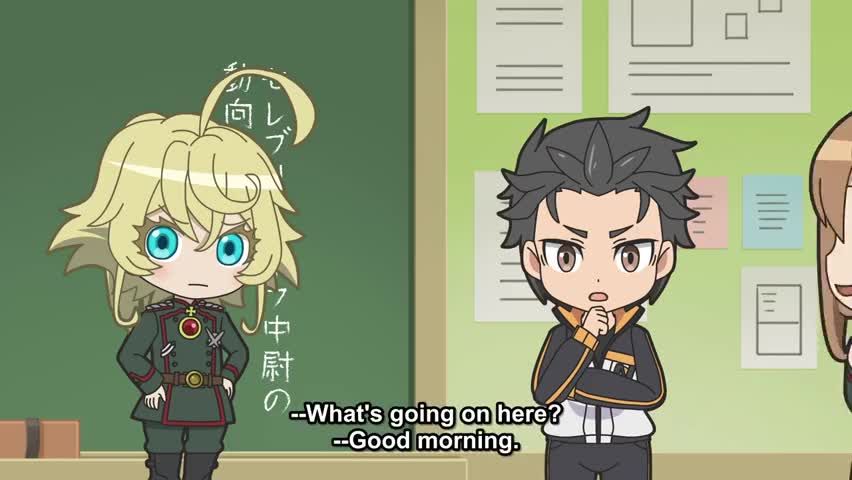 On his way to Butcher for Croquettes, the group of Subaru happened to find Visha working in the butcher as a part-timer. The next day, Subaru told Tanya about her being a part-timer in Butcher which was the reason she had been going home too early. Soon Ainz Ooal Gown and Albedo joined the conversation and told them they saw Visha too in Convenience store and not in the butcher’s. Kazuma’s group to join the conversation saying they saw Visha too but in the Department store.

Cat is now out of the bag! It seems like Lt. Serevryakov has been doing multiple part-time like in Donat’s place, Ramen, Karaoke and Handicraft too. Soon Visha entered the class but the English class has already begun. After the class, Visha told them about the special pricey menu in the cafeteria who no one has ordered yet. To find out about that special she was chooses to do multiple part-times.

Now everyone is curious about this special menu in the cafeteria, so they too joined part-times too, to find out about that special menu. 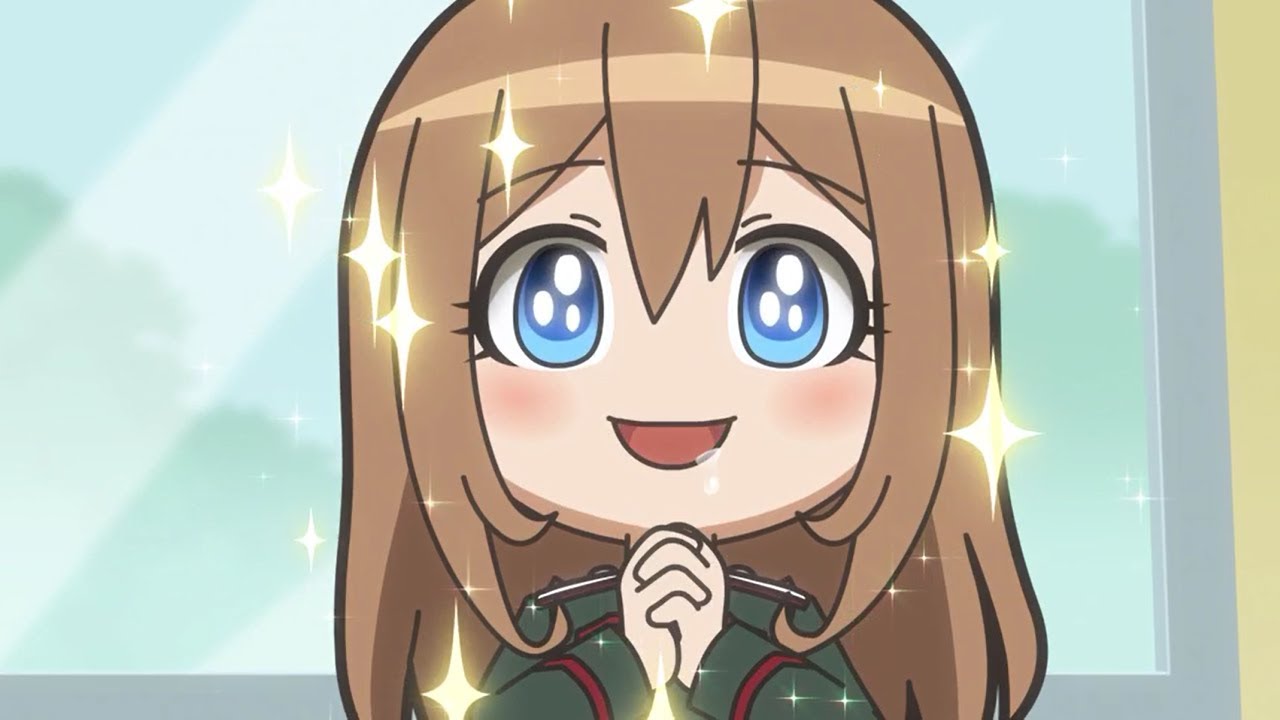 About the anime series in Isekai Quartet.

If you are not familiar with some anime, we are here to fill in details.

Also known as Tanya the Evil, the series is about an arrogant salaryman who got reincarnated as a girl by a God, whom he refers as Being X. Due to his lack of beliefs in God, God reincarnated him in another world, in history where war is common.

A man who suddenly finds himself in his DMMORPG world which is known as Yaggrasill, at the time where the server should be out. Surprisingly he can now feel, smell and talk to his NPCs but can’t exit. To protect his treasure and guild from others and believing other members of the guild may be out there in this world, he decided to spread the name of the Ainz Ooal Gown.

Also known as Kono ni Subarashii Sekai ni Shukufuku wo is about the adventure of Satou Kazuma who hilariously got reincarnated in a fantasy world. During his incarnation, He was told to choose a skill or weapon he should choose before heading in the fantasy world to defeat the demon lord. But instead, he chose the Goddess Aqua and to set to reincarnation, but the goddess he chose turned out to be a useless God of Party Trick. Now he has to deal with other 2 useless yet sometimes useful comrades and to enjoy his fantasy life.
Unlike other two Dark Fantasy series like Overlord and Youjo Senki, this is a Comedy and Fantasy series.

Like Overlord and Youjo Senki this is also one of the dark fantasy series. A shut-in neet guy Subaru, suddenly finds himself in an otherworld after getting out of the Konbini store. Without much power, how he ended up in this world or who summon him in this world. Subaru found fall for a half-elf name Emelia and decided to stay by her side. Little does he know he had to face many struggles and death. Whenever he dies he gets to restart from a certain checkpoint but the pain of death is also a real deal.

Tate no Yuusha no Nariagai

Also known as Rising of the Shield Hero. A shut-in neet Otaku Nawatani Naoufumi who suddenly got reincarnated in another world only to found himself with a defense weapon a Shield. He can’t use any other weapons other than shield which even he known is pretty much useless. But enthusiastically he determined himself to protect his teammates in fights, but later got deceived by his teammates. Abandoned by everything Naofumi gets himself a slave and sets on an adventure to become powerful to withstand the waves who destroy this world. He has to deal with these waves to get back to his former world but it seems like his slave and another party is slowly becoming his part of his life, which he can finally place his trust on.