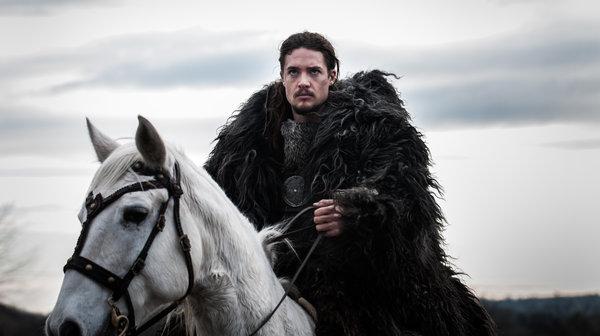 Knightfall is a series on a battle-hardened Knight Templar veteran of Crusades who has survived ten years of captivity in the Holy Land and is now given a task to train the new initiates to the Order. Season 2 of Kinghtfall shows us the relationship between Landry and Hamill’s Talus. Master has a conflict about the courageous Landry; he was left sad but hopeful at the end of season first.

The sword symbolizes to us what unites and divides the brotherhood in this season and it is also a foreshadowing of what will happen to the Templars on Friday the 13th. Knightfall was Produced by A+E Studios and is associated with the Combine and Midnight Radio.

Moreover, the show also dives deep inside the politics and warfare of most powerful military order of the Middle Age know as the Knights Templar. It shows us who these legendary warriors were and what they believed in during their entire lifetime. This show is pretty awesome for those who are into history because it shows us one of the most interesting aspects of history.

Well, the update of the second season has been confirmed, and we will see the show back on 25 March 2019. Even the title of the first episode is confirmed, which is God’s Executioners. So, fans better stay ready on 25th March at 10 PM with History Channel tuned in! Everyone, including me, is very excited to see the show returning to see how the story unfolds.