by Rayan Sayyed
in Shows
0

The King: Eternal Monarch debuted to a very solid start on Friday, April 17, 2020. The Lee Min Ho and Kim Go Eun starrer recorded nationwide average ratings of 10.1 and 11.4 percent, according to AGB Nielsen Korea. The premiere episode of the show got the highest ever ratings for an SBS drama airing on Fridays and Saturdays.

The King: Eternal Monarch will be back next week with episode 3, and in this post, we will take a look at the other essential details regarding this episode of the show.

New stills for the episode have been released, and in these pictures, we get to see Kim Go Eun and Lee Min Ho having an argument of some sort. The drama has released stills from the upcoming episode where we can see Emperor Lee Gon (played by Lee Min Ho) and detective Jung Tae Eul (played by Kim Go Eun) meeting each other for the second time. He is taken to a police station, and Jung Tae Eul tries to figure out where he came from and what his identity is. Emperor Lee Gon keeps a calmness that is befitting of a king even while being interrogated, and Jung Tae Eul does her best in figuring him out. 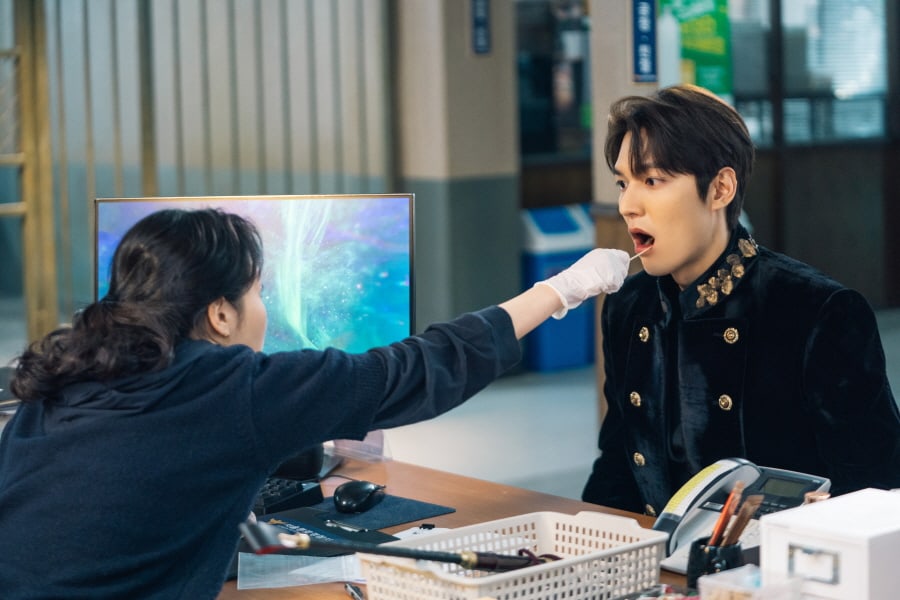 Lee Min Ho and Kim Go Eun shot this scene back in February, according to Soompi, and they were very lively during the scene and brought a lot of energy to the set. They did their best to make the conversation as perfect as possible by delivering their lines one after the other quickly. The banter and chemistry between them made the staff laugh a lot as their petty quarreling looked very realistic in the scene.

The Korean drama production company behind the show, Hwa&Dam Pictures, praised Lee Min Ho and Kim Go Eun by saying that the both of them created a story that is like a fairytale that takes place in different worlds.

For viewers who are outside South Korea and can’t access SBS, The King: Eternal Monarch episode 3 can be streamed on Netflix with English subtitles when it releases on April 24, 2020. The episode drops on the streaming platform after it’s done airing in Korea. With a Netflix subscription, you can watch The King: Eternal Monarch online. Hospital Playlist can be streamed on Netflix via desktop, mobile phones and tablets, and smart TVs.

The World of the Married Episode 9: Streaming, update & Time